2021 Out Of The Darkness Walk Takes Place In Montpelier 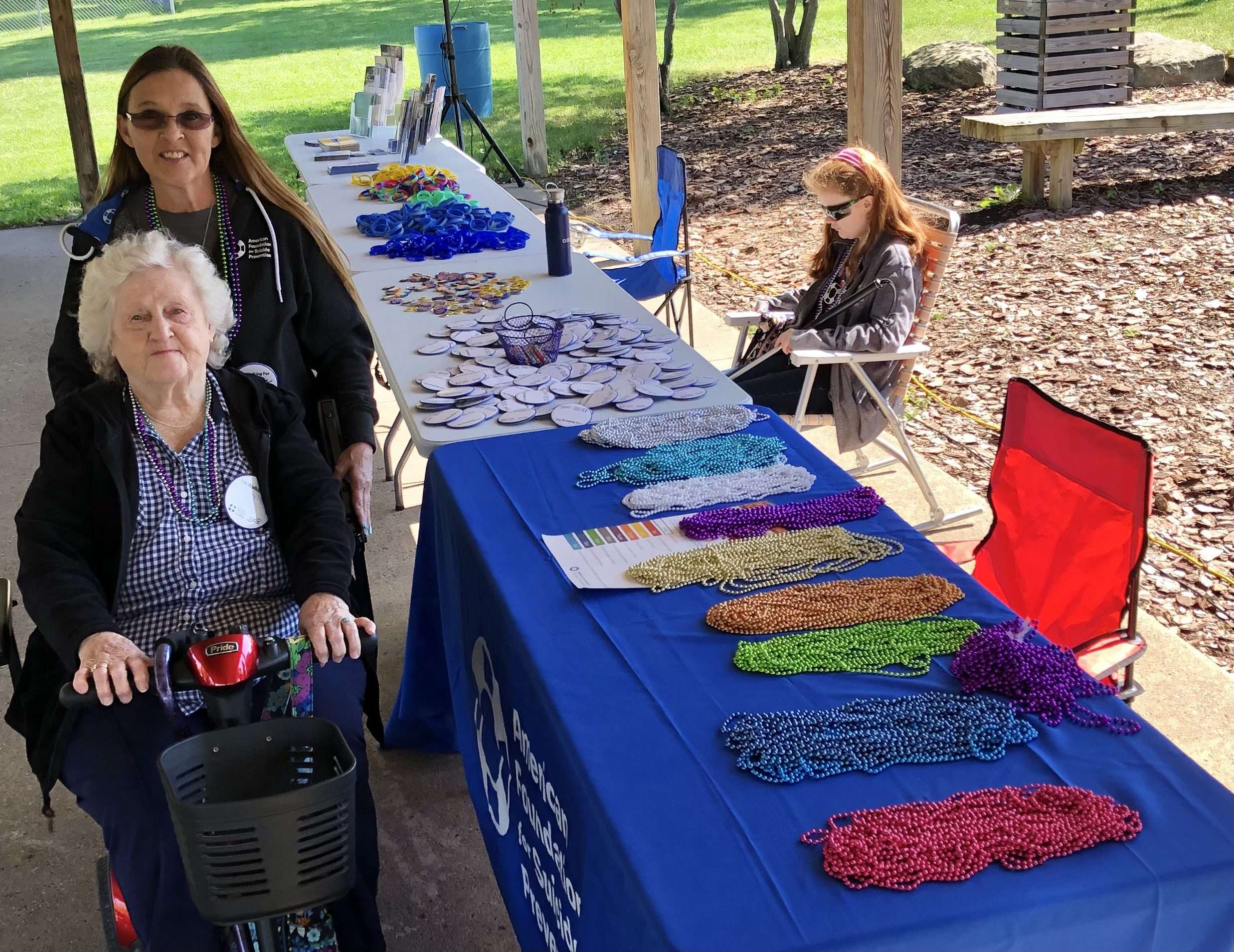 MOTHER/DAUGHTER DUO … Sharon Yoder, who started the Williams County walk through the AFSP (American Foundation for Suicide Prevention) was happy see such a great turnout.  She and her mother, Judy Yoder, in her handy electric wheelchair, as well as her granddaughter, Bailey Dolm in the background, took a moment to talk about the beads available for participants to wear.  Sadly Judy was wearing one of every color meaning she knows someone in every category who has committed suicide and she is a strong proponent of suicide awareness. (PHOTOS BY REBECCA MILLER, STAFF)

As it says in one of the pamphlets put out by the American Foundation for Suicide Prevention, “The Out of the Darkness Walks are proof that when people work together they can make big changes in the world.

As ASFP’s largest fundraisers, the walks raise millions for suicide prevention programs and unite hundreds of thousands of people to save lives and bring hope to those affected by suicide.”

In this world there are so many reasons to feel sad or broken and we all need ways to come together for encouragement and to be lifted up. This walk is for that purpose.

As folks arrived on Sunday afternoon, September 26, 2021, at the Municipal Park by the pool in Montpelier, for this year’s Williams County Out of the Darkness Walk, they were greeted by volunteers who have been involved in this particular walk for the past three years.

There were tables full of items donated for the event with raffle tickets for participants to get a chance to win something. A table full of beads with each color representing specific groups was set up with everyone welcome to wear the colors that apply to them.

Shirts for HOPE were also available for only $8 apiece. The registration table was ready where everyone checked in for the walk.

Started by Sharon Yoder a few years after her precious thirteen year old granddaughter, Riley, took her own life, the goals for this walk are to comfort those who have lost someone to suicide, to encourage anyone considering suicide that there are people to listen to them, and to remember those they have lost.

When Sharon spoke to the crowd right before they headed out she welcomed anyone to come up and talk if they wanted to and two people stepped up.

All three of them pointed out some important things to remember: Talking helps; Be a listener;  Ask for help;  Be kind and don’t judge; Don’t suffer alone; and Listen to each others’ stories.

During the time before the walk began, folks mingled, swatted away bees, enjoyed homemade cookies that were being given out, and listened to uplifting music that was piped through a speaker for the day.

Following a prayer led by Pastor Nate Petrosky of Grace Community Church in Bryan, Ohio, the Team Names were called out one more time by Tony Flynn, the emcee for the third year in a row, and everyone headed out for the one mile walk around the block.

For those who wanted a shorter walk, they were able to cut across at the  half mile mark and return to the starting point that way.

Suicide awareness and prevention is needed greatly these days as the world deals with so many hard circumstances. If you or someone you know is struggling with thoughts of suicide, there are a number of options for help.

Other options are to talk with anyone you know cares about you and let them help you get help, call your doctor and let them know you are struggling, or check out find treatment.samhsa.gov.

Whatever you do, remember YOU ARE NOT ALONE!  Thousands of people struggle with the same feelings and even though you may feel you are the only one, You Are Not.  Reach out and remember that someone will miss you terribly if you are gone. 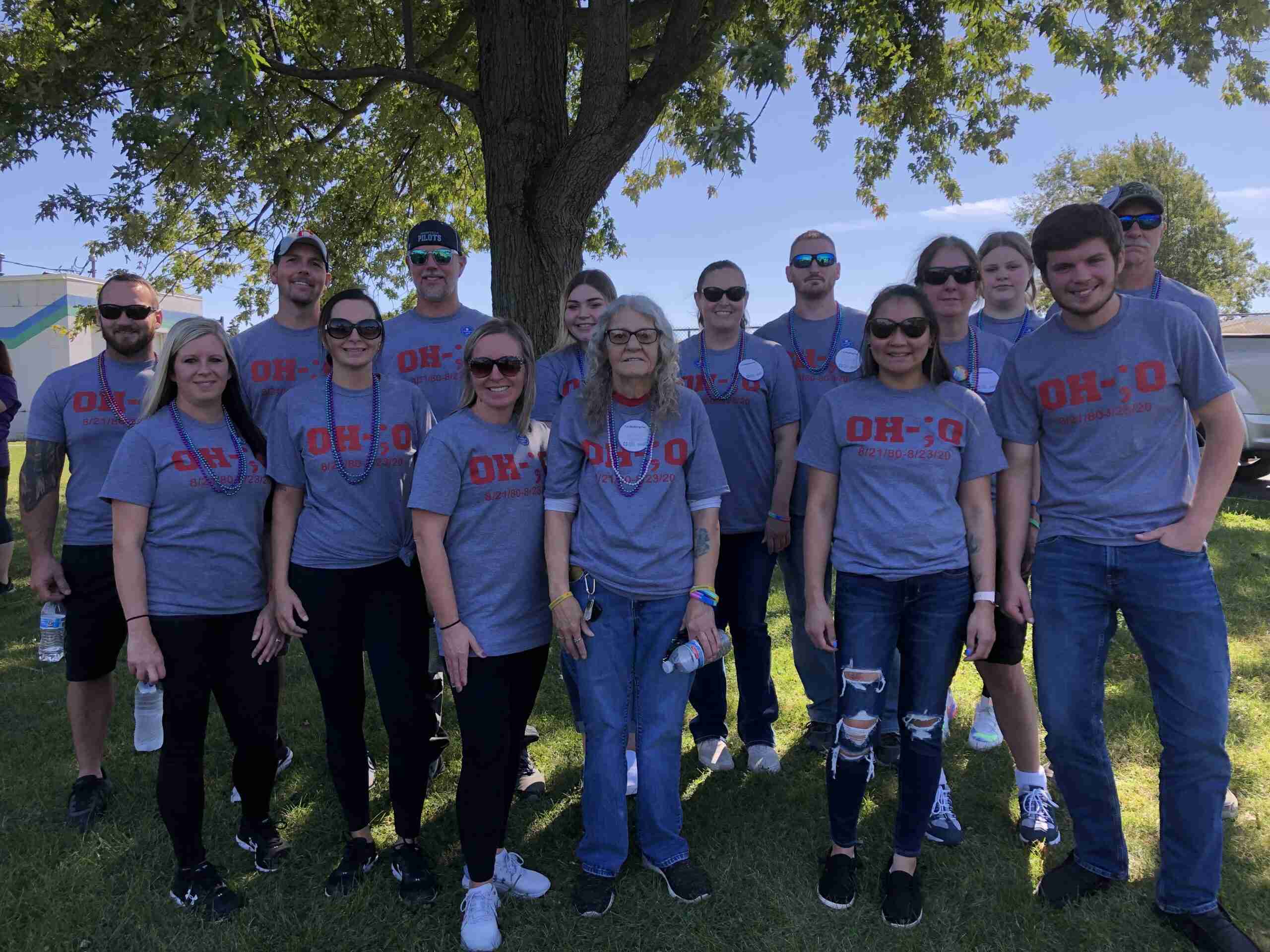 TEAM HENDERSON … All wearing matching gray teeshirts in memory of Jeremy Henderson, this team included Jeremy’s mother, and turned out in form to walk in his memory. 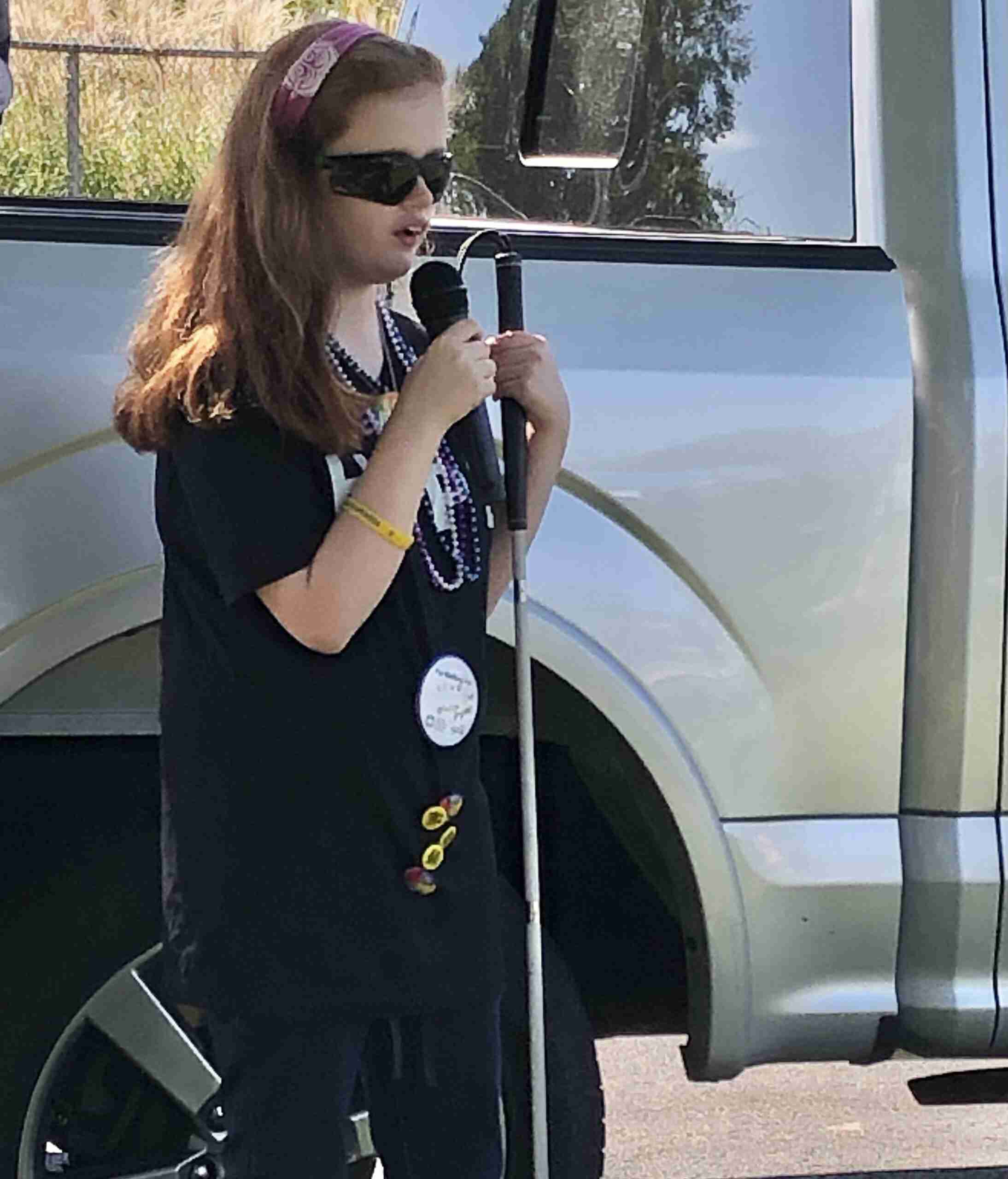 LEAN ON ME … Sharon Yoder’s lovely granddaughter, Bailey Dolm sang Lean on Me as a part of a very short program before the walkers headed out on the Out of the Darkness Walk on Sunday, September 26, 2021.