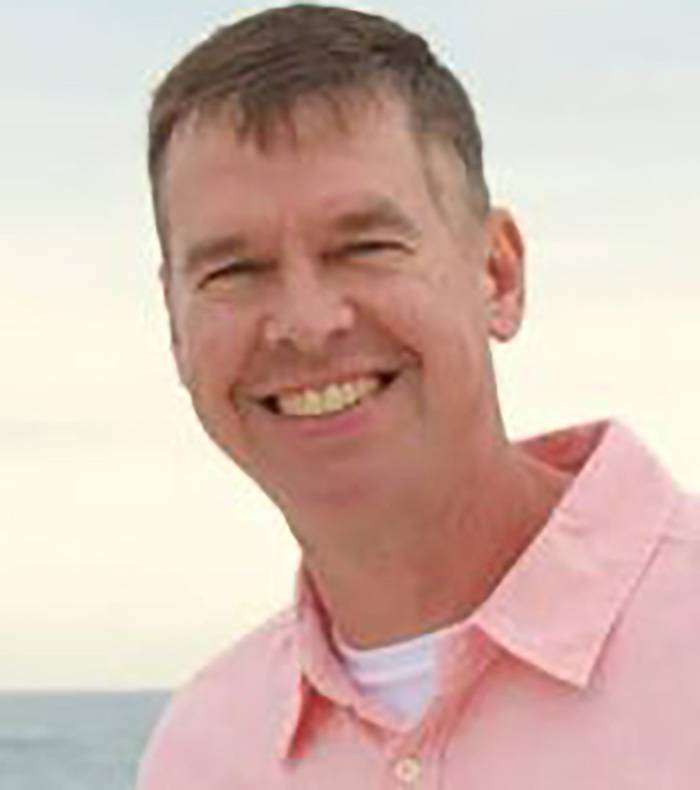 “My life is yours, Lord, glorify Yourself!” was the cry of Brian Shaw’s heart when he received his terminal diagnosis of glioblastoma in 2018. This was a consistent prayer his entire life long. Brian’s deepest desire was to know Christ and to make Him known.

On April 22, 2021, God used this brain cancer as the tool to bring His child, Richard Brian Shaw, home to Heaven where he is forever healed and in the presence of his Lord. Brian was a most beloved husband, father, brother, son, friend, teacher, and mentor.

Brian was born in San Bernardino, California but grew up in Ohio and was preceded in death by two beloved sets of grandparents; his father Richard Warren Shaw; and his children Timothy David, Hope Carolina, and Oskar Brian Shaw.

His entire life, Brian was devoted to the Lord. Even as a 2nd grader, he was on the playground at school leading his friends to Jesus. As a 16-year-old, Brian traveled to Zaire (present-day Congo) with Pedro Obregon on a mission trip that forever impacted his love for other cultures, travel, and serving the unreached.

He served at a children’s muscular dystrophy camp for several years as a high schooler. In addition to his love for people, Brian had a love for animals that was inspired by his frequent childhood visits to his grandfather’s dairy farm. He pursued a dairy career by completing a degree in Biology/Pre-Med from Taylor University.

Brian married Amy in October of 1996. He called it, “the best decision he ever made.” Throughout their 24-year marriage, he consistently showered her with a selfless and faithful love that never failed and put every effort into being a humble and gentle leader.

They weathered hard times together, yet this only served to deepen his commitment to their marriage. He needed Amy as much as she needed him. Brian supported Amy in every creative venture she ever took on and even joined her in multiple creative pursuits.

He loved traveling all over the world with her to serve, explore, and bring home their adopted children. Their greatest reward was raising their large family together, but he never ceased pursuing his wife by dating her and delighting in bringing her a perfect cup of coffee each morning.

Though he worked in the dairy industry for many years, Brian was more defined by his love for people, other cultures, his creative endeavors, and animals. In his early years of fatherhood, he joyfully served others in China for two years in the foothills of the Himalayan mountains with his wife and two young daughters.

He was a selfless servant who never complained and set a high example of sacrificial love. He was fascinated with God’s creation and he shared his passion for animals with his children by bringing crazy surprises home after work including, but not limited to, a baby raccoon, newborn calves, mini frogs, giant moths, snakes, and the reproductive system of a heifer!

Brian loved to find off-beat ways to enjoy life by pursuing eclectic and unexpected hobbies and activities. He loved unicycle riding, wearing bow ties (especially when it was not popular), trapping and tanning muskrats as a teen, and riding the bus to school as a senior in high school despite the fact that he owned his own car.

A voracious learner, Brian read books, listened to podcasts, and was always the first to Google answers to any dinner table question. He also taught himself to knit, can tomatoes, garden, make kefir and yogurt, shave with a straight razor, and fix absolutely anything. His creativity branched into a gifted woodworking passion, roasting and brewing his own coffees, baking artisan sourdough loaves, and taking stunning photography.

Brian was always known for having inventive solutions to any problem. While living in China, he moved the entire contents of his family’s home on a 3-wheeled bicycle cart rather than renting a truck, fortunately for him it was downhill to the new location!

He once transported two newborn cows to the family farm in the 12 passenger van (rather than renting a trailer). During Covid quarantine, he solved his childrens’ boredom by creating a giant Whack-a-mole game out of a giant piece of styrofoam and calling it “Whack-a-Shaw!” Humor was not lost on him and he often had a funny quip that melted everyone into laughter.

Above all, Brian led his family with grace. Simply by his quiet example, he displayed a diligent work ethic motivated by love. He was a humble learner who welcomed hard questions and new perspectives.

His strength, confidence, and sacrificial spirit was exhibited in his constant chivalry and kindness, and he had unwavering courage that allowed him to live fully to the very end. He was always sensitive to the Spirit, willing to bend and move in any direction to obey God.

When he was unsure about a decision, he always erred on the side of giving. Opening his heart to children without families was a genuine reflection of this quality. He truly embodied God’s character by being a father to the fatherless.

In lieu of flowers, Brian asked for donations to be given to Inheritance of Hope, the incredible organization that helped him learn to leave a legacy and die well. Please designate your memorial contributions given to Inheritance of Hope to the Brian Shaw Legacy Fund. You may graciously give a memorial donation at https://give.inheritanceofhope.org/give/337178/#!/donation/checkout.

He wanted nothing more than for God to be glorified through his life and work. If you have been impacted by Brian, come join us in the celebration of his life. It will be held Saturday May 8, 2021 1:00 PM at Crossroads Evangelical Church located at 845 E. Leggett St. Wauseon, OH 43567. The service will be live-streamed.

Online condolences may be offered to the family at www.grisierfh.com, and the family encourages that a video message sharing a memory of Brian be published via the link ( https://app.vidhug.com/brians-shaw-legacy/H1mh30-Du/record ) Edgar-Grisier Funeral Home in Wauseon is honored to serve the Shaw family.

To send flowers to the family or plant a tree in memory of Richard Brian Shaw, please visit our floral store.