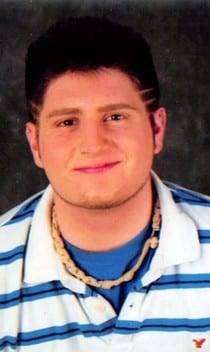 He was born on January 20, 1993 in Bryan to Tobey D. and Lisa S. (Miller) Wendorf. Christian graduated from Hilltop High School in 2011, where he played on the school’s football and baseball teams.

Christian was a proud father who loved spending his time with his children and his girlfriend Autumn Beck. He was also an avid video game player.

He was preceded in death by his paternal grandfather of Ronald Miller.

Visitation will take place on Thursday, March 8, 2018 from 3-7 p.m. at the Thompson Funeral Home on Main Street in Montpelier. A funeral service will be held on Friday, March 9, 2018 at 11:00 a.m. at Solid Rock Community Church in West Unity, Ohio with Pastor James Mays to officiate. Interment to follow at Shiffler Cemetery in rural Bryan.

Donations may be given in Christian’s memory to his son’s c/o Lisa or Tobey Wendorf or to The Four County ADAMhs Board. Online condolences may be left at www.thethomsponfuneralhome.com.