PROGRAM … Daryl Shelt donates a program he found that was given out to residents who came to the dedication ceremony for Memorial Hall back on April 22nd, 1951. (PHOTOS PROVIDED)

In 1863 The Village of Delta was born with 60 citizens petitioning for the creation of the town. Council meetings were held in a hotel and 34 residents voted in the first mayoral election.

In 1894, the new city hall building was erected at the corner of Main and Wood Street. The building housed the offices for the Village of Delta and York Township.

It also held an auditorium complete with a stage and dressing room, the town jail, fire department, and public library.

Many things took place in that building which helped to shape the future for what Delta looks like today. On March 14th, 1949, that all changed.

A man by the name of Robert Peltz was staying near the building in the Hotel Lincoln. During the morning hours of that day, when he looked out the window of his room, he saw flames shooting out of the windows of the Town Hall.

Firefighters tried to hurry in order to save their equipment from the blaze. The fire however gutted the building, ruining many different village departments and burning over 14,000 books.

After the fire had fizzled, help came from many different places. Numerous organizations from across the four-county area donated to help rebuild the library.

The first donation made was for $5, worth around $59.60 today, from Mrs. Sigmond Sanger on March 31st, 1949, in memory of her late husband who was the President of the Toledo Public Library.

Donations were received and work was done to make the community of Delta whole once more. That same year, a bond issue was made for $110,000 for the construction of what is now called Memorial Hall.

Once plans were submitted for the new building it became apparent that the memorial, which has been placed in the lot to the east of the city hall building, would have to be removed. 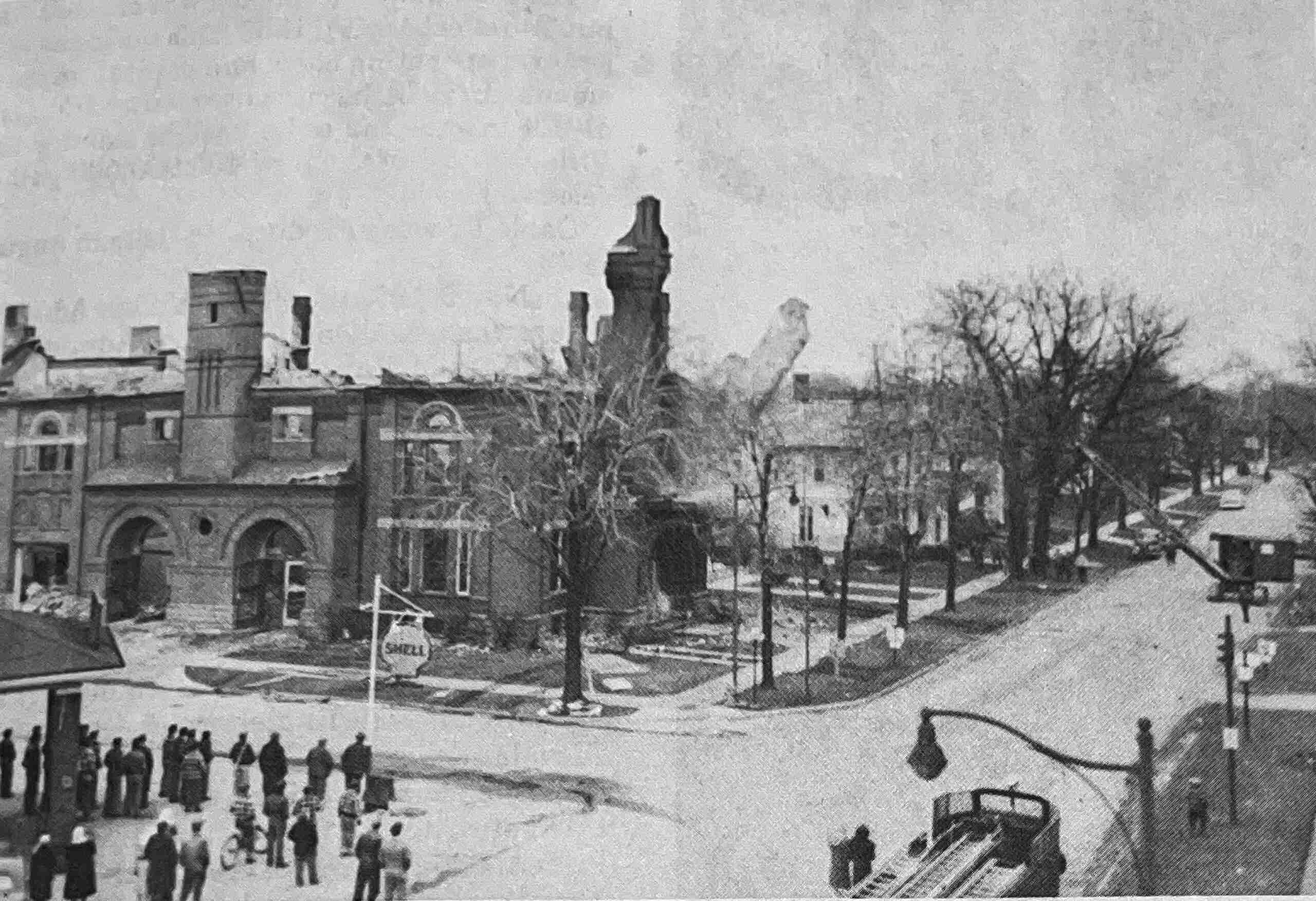 CITY HALL DESTROYED… The old city hall building was destroyed by a fire on March 14th, 1949.

Because the Memorial listed all the residents who were in service during World War II, the new building was named Memorial Hall.

A contest then took place for an inscription to be placed above the front doors. The winning inscription was submitted by Marion Kirkman and read, “Dedicated to all who fought for freedom.”

A bronze plaque was also placed on the wall of Memorial Hall in honor of Delta residents who served in various wars ranging from the Revolutionary War to Vietnam which was added later.

The new Memorial Hall originally included an auditorium, kitchen, space for the Fire Department, and an office for the Mayor, Clerk, and street department. On March 5th, 1951, Memorial Hall was accepted by the village council with a formal dedication being held on April 22nd, 1951.

The Fire Department also received a new home later on giving even more room for offices inside the building that serve village employees.

During the council meeting that took place on Monday March 21st, 2022, Village Administrator Brad Peebles informed council that a program was turned in to the village from a resident that was for the dedication of Memorial Hall.

The program shows the date and time for the festivities and the schedule for who was supposed to speak at the time.

The resident who brought in the program is named Daryl Shelt. Mr. Shelt found the program while cleaning his mother’s house who was alive at the time of the dedication.

Currently, the plan is to frame the program and hang it up inside Memorial Hall for people to see. It is a piece of history that represents the buildings that have stood to drive the Village of Delta forward all these years, and one that will continue to for years to come.