Grandparents, parents, special family and friends were warmly welcomed to Edon Northwest Local Schools as students, teachers, administrators and staff hosted their annual GrandFriends’ ~ Grandparents’ Day Friday, November 2, 2012. Seemingly within minutes of the morning bell, guests began arriving; easily filling the high school gymnasium to capacity as each one excitedly awaited the start of what proved to be another entertaining and fun-filled event.
Bright smiling faces and swift waving hands soon marked the space as Principal Bonnie Troyer thanked everyone for joining them this special day. Upon turning the program over to Mrs. Stephanie Bonitz, Instrumental Music Director, sweet sounds began resonating as fourth graders grandly revealed their musical talents on brightly colored recorders. Attention next shifted to the first and second graders, under the direction of Mrs. Cathy Frastaci, General Music Teacher, as they entertained guests with a simple song telling all grammas and grandpas, in sign language, “I love you!” Their quick and orderly exit from risers found them changing gear to present an enthusiastic interpretation of Tchaikovsky’s The Nutcracker. Whether it was the Russian Dance, Waltz of Flowers or March of the Nutcracker, their high level of energy ~ accentuated with ribbons, parachutes, scarves and plastic plates ~ became quite contagious to all around!
With the close of the third graders lively performance of Rhythm to the Rescue and spirited rendition of Hoorah for Bombers, the remaining mini-concert featured an assortment of upbeat and toe-tapping selections from the Fifth Grade, Sixth Grade and Junior High Band students directed by Mrs. Bonitz. From the traditional Hot Cross Buns and Regal March to the Beach Boys’ Fun! Fun! Fun! the remarkable progression of talent was clearly demonstrated by all these budding musicians.
As several “Bomber Pride” favorites concluded the program, Grandparents and GrandFriends joined their hosts for classroom visits and a delicious lunch served in the school’s Auditeria.
While their time together ended much too quickly, everyone thoroughly agreed it was a fantastic day filled with cherished memories for students and “grandfriends” to hold in their hearts for many years to come. 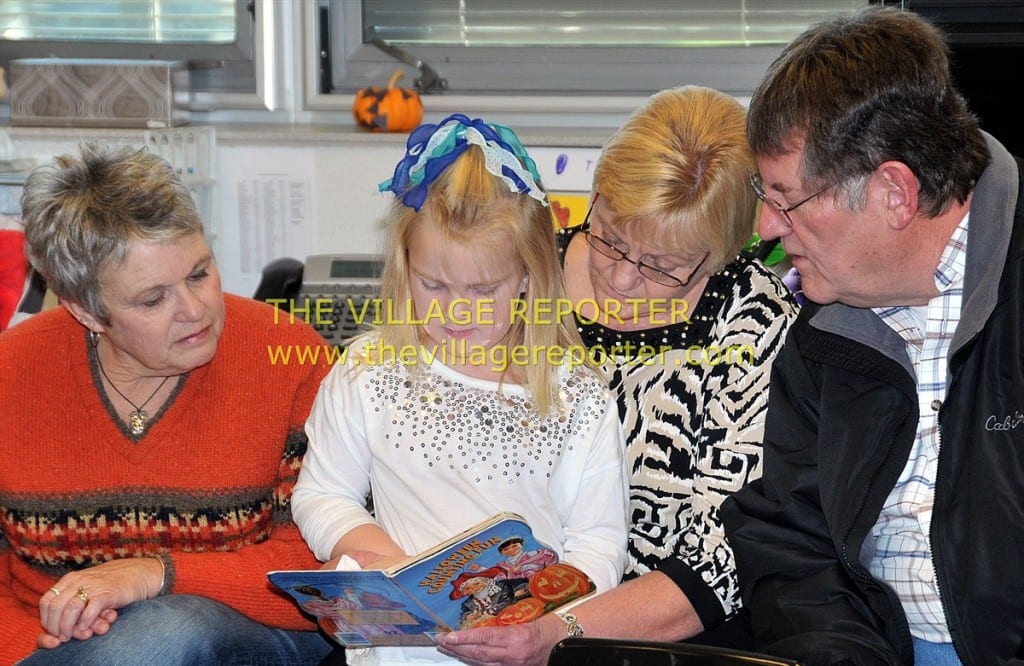 HENLEYDYE with GrandFriends (and godparents) Wayne and Char Word. 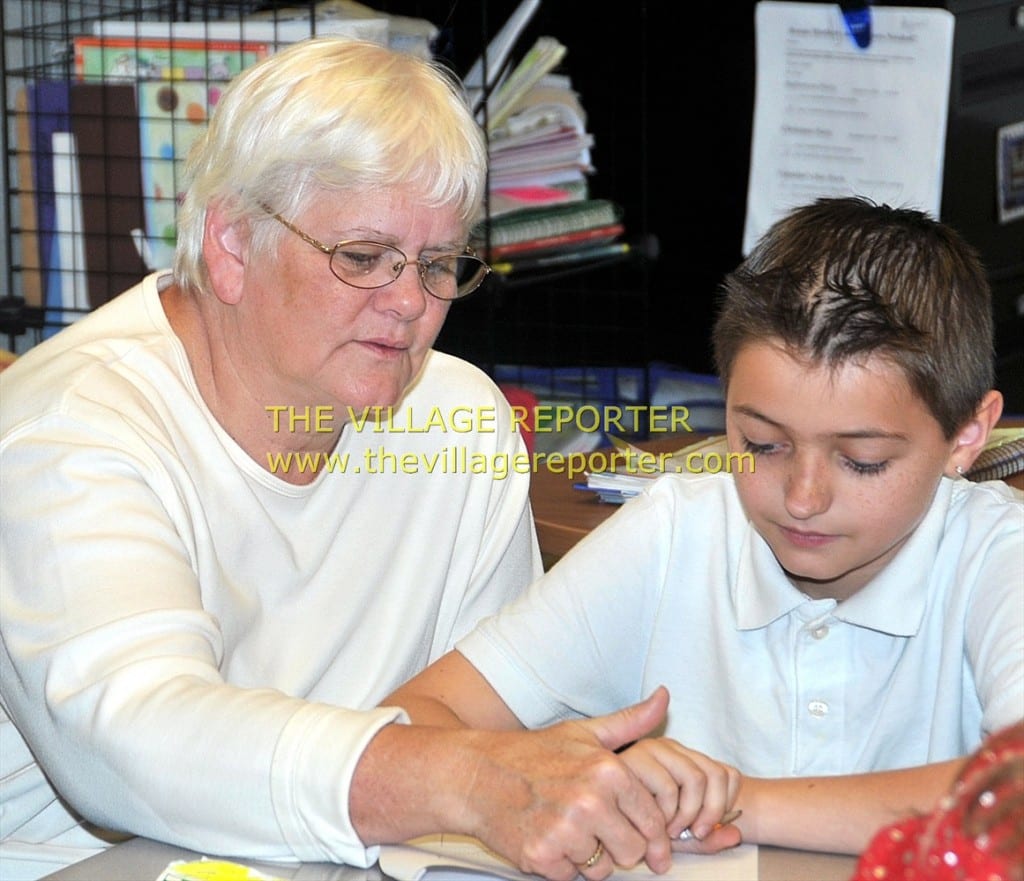 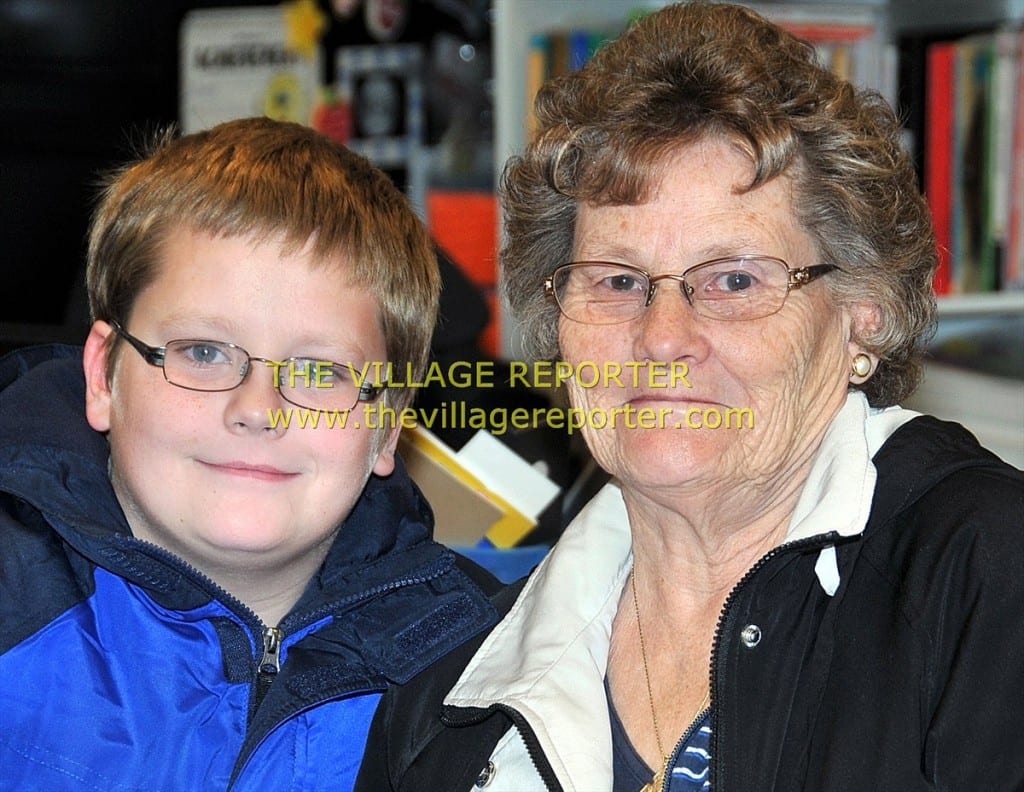