By: Kay Raypholtz
THE REPORTER

Bingham said that this year they were offering archery, a hunting simulator, bait casting, and actual target shooting with a .22 rifle. They also learned about trapping coyote, fox, and other predatory game from Wauseon’s Don Thourot.

Of prime importance was gun safety, which the children learned prior to partaking in the day’s events. Bingham said that by teaching children about sportsmen activities such as hunting, fishing, and shooting, this gets them outdoors and off of electronic devices.

There were youngsters, both boys and girls of all ages, from all over the area.  They looked excited and ready to learn, and full of energy. There were plenty of adults on hand to supervise and instruct. At the end of the morning, they received lunch and a t-shirt. This is an annual event and is free to the youth.

Bingham also wanted to note that they host their annual Coon Dinner on the 3rd Friday in January. This event is their biggest fundraiser of the year, and helps to bring in money to provide events such as today’s youth event. Usually they have about 300 people in attendance, and in addition to dinner, they will have the chance to try wild game dishes, and participate in raffles for such prizes as shotguns. More information can be found by going to the Fulton County Sportsmen Club website at: http://fultoncosportsmenclub.org/. 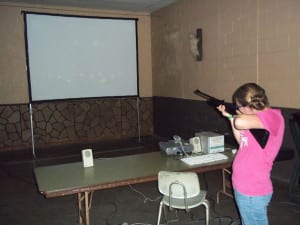 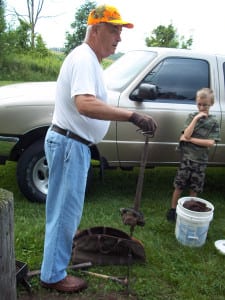 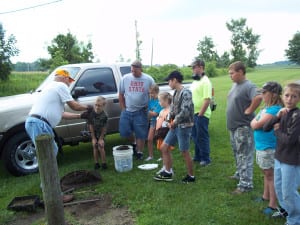 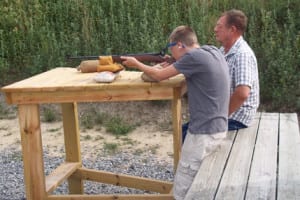