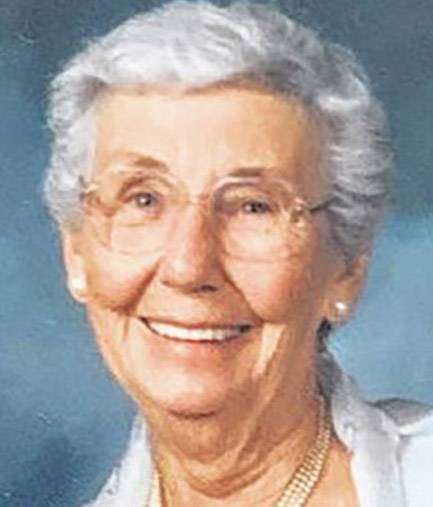 Lucille M. Morlock, 97, of Napoleon, formerly of Swanton and Haynes City, Fla., passed away Tuesday, June 23, 2020, at Northcrest Nursing Home in Napoleon. She was born Sept. 15, 1922, in Wood County to the late Jay and Edna (Stahr) Thatcher.

Lucille worked for many years at Ben Franklin and Super Value in Swanton. After her retirement, she and her husband owned and operated Party Time Carryout in Swanton. They later sold the business and moved to Haynes City, Fla.

She was a member of Trinity United Methodist Church in Swanton, and was a Waterville Eastern Star. She enjoyed baking, sewing, crochet, playing cards, and Bingo.

She was also preceded in death by her husband, William V. Morlock; brothers, Dean and William Thatcher; and grandson, Aaron W. Holden.

Services will be private. Arrangements have been entrusted to Peinert-Dunn Funeral Home in Whitehouse, Ohio.

Memorials can be given to a charity of the donor’s choice. We encourage everyone share a fond memory or condolence with the family on our website www.dunnfuneralhome.com.