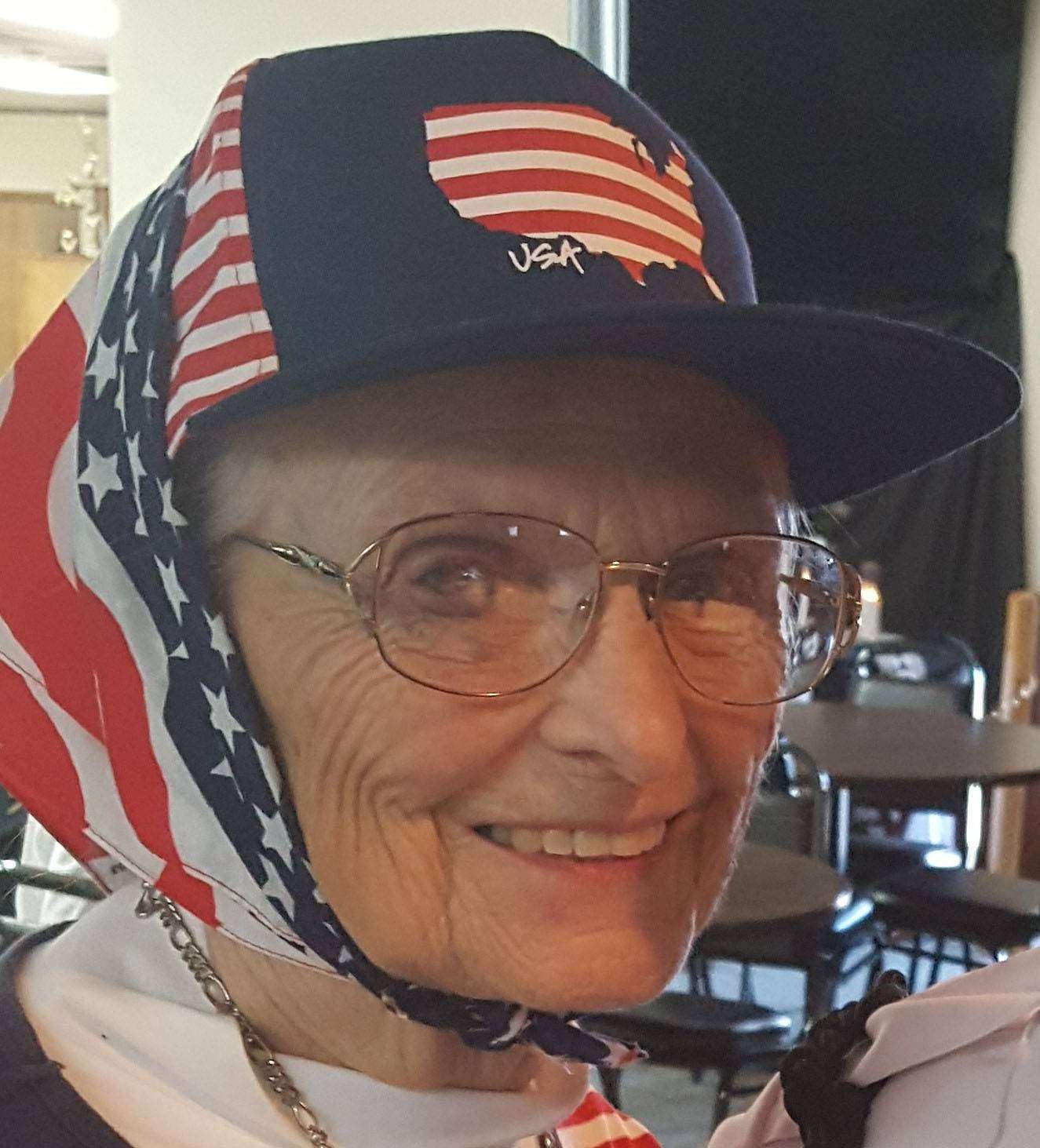 Marie L. Hale, age 91, of Wauseon, peacefully passed away under hospice care at her daughter’s home on Easter Sunday, April 12, 2020. She was born in Palmer Twp. in Putnam County on May 23, 1928 one of nine children to the late Albert Okuley and Monica (Roof) Okuley.

Marie was a graduate of Continental High School.  On January 24, 1948 at St Joseph Catholic Church in North Creek, OH; she married Roger “Dean” Hale and he preceded her in death in 2007.

Marie was a proud and active member of St. Caspar Catholic Church in Wauseon; where she served on the Alter Society, was in the choir for over 40 years, was a leader of song for 25 years and a proclaimer at Sunday Mass for over 30 years.  She was also a member of the Lyons’ Live and Learn Homemaker Club, a 4-H advisor for many years as well as a Brownie Leader, Cub Scout Den Mother and a very avid participant with her patriotic dress attire and bike in most of the parades in Wauseon.

Marie played in the Delta Community Band and was a former member of the Wauseon Community Band for 10 years. When time allowed, she even dressed as “Annie” the clown for local events.

Due to the Covid-19 pandemic all services will be private for the family. Interment will be next to her husband at St. Caspar Catholic Cemetery in Wauseon. Arrangements by Barnes Funeral Chapel, 5825 St. Hwy. 109 in Delta.

Online condolences may be sent to the family through our website at www.BarnesFuneralChapel.com.