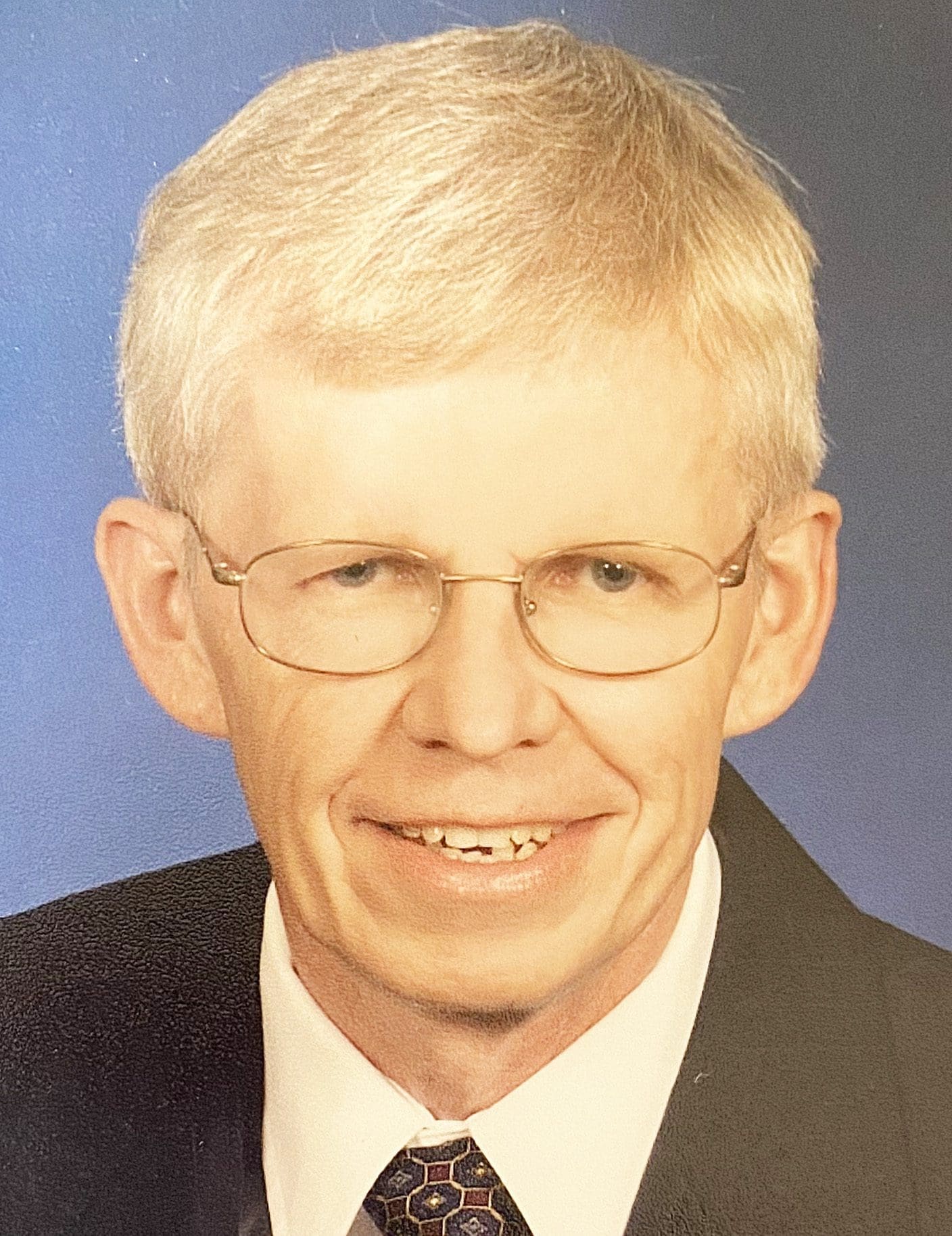 On June 16, 1973 he married Carol Ann Waterston. He served in the U.S. Army after graduating from Montpelier High School where he was stationed in South Korea.

He graduated from the University of Toledo with a degree in Electrical Engineering.

He was employed at Hause Machines for 30 years and at Richmond Machine Co. for 7 years.

He began his career as a draftsman, and over the years served as electrical controls engineer as well as a systems engineer.

He then became the Engineering Manager.  While at these companies, he mentored numerous employees and aided them in their career advancement.

He was an active member of St. Paul’s United Methodist Church in Montpelier. He served as President of the Men’s group, taught adult Sunday school, and assisted with vacation Bible school.

He loved his church, his family, and woodworking.  He made many pieces of furniture as well as high-quality toys.  His favorite tool to use was his lathe.

Despite having Parkinson’s disease since 1998, he always had a positive attitude.  He never complained and was a positive role model to those around him.

He was preceded in death by his parents and sister Jan Brown.

Visitation will be at the Thompson Funeral Home in Montpelier on Thursday, October 13, 2022 from 6 to 8 pm. The funeral will be held at St. Paul’s United Methodist Church on Friday, October 14, 2022 at 11 am with Pastors Gary and Sandy Stuckey officiating.