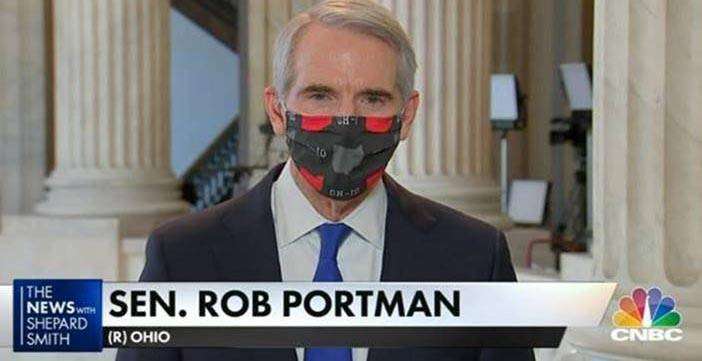 This week on CNBC’s The News with Sheperd Smith, Senator Portman discussed the importance of working in a bipartisan manner on COVID-19 relief negotiations. Portman also discussed the upcoming impeachment trial, the need for leadership at the Department of Homeland Security, and his decision to not seek another six-year term in the United States Senate when his current term expires in 2022.

“Well, Shep, I was really glad to see the president’s speech at the inaugural saying he wanted to work across the aisle and, you know, break through some of the partisan gridlock that has gripped this town. But the way they’re handling COVID-19 is contradictory to that because they’ve sent up a big package, $1.9 trillion, only several weeks after we passed a $900 billion package, which was the second biggest appropriation ever in the history of the Congress, and it hasn’t been implemented yet.”

“Only probably a third of the money has gone out, so I think that’s concerning. And then more concerning, frankly for me, is they’re talking about doing it under a process where it would be done strictly with 50 votes rather than 60, meaning with Democrat votes only if it could be done. I think that’s a mistake too because I think it puts us on the wrong foot going forward for this administration.”

PORTMAN ON DOING HIS DUTY AS A JUROR TO LISTEN TO BOTH SIDES DURING IMPEACHMENT HEARING:

PORTMAN ON IMPORTANCE OF HAVING LEADERSHIP AT DHS TO COMBAT DOMESTIC TERRORISM:

“Well the new Department of Homeland Security Secretary, because I think we need somebody to head up that agency right now, for a number of issues. COVID-19 obviously, what’s happening in terms of the cyberattacks including the most recent, probably Russian-backed, cyberattack that was massive.”

“But also this issue that you’re talking about with domestic terrorism and it is on the right and it’s on the left. I think it’s appropriate that the Department of Homeland Security provide a way to provide information to people that is timely and accurate as a response to it and you know, I think they are the entity that should probably be taking the lead here.”

PORTMAN ON DECISION NOT TO SEEK ANOTHER SIX YEAR TERM IN 2022:

“I will not miss the politics and the partisanship and, you know, that’s gotten more difficult over time. I’ll miss the opportunity to pass legislation that actually helps the people I represent. Hopefully on the outside, I’ll be able to continue to contribute on those issues. Sometimes, Shep, these days more is going on outside of Washington in those policy areas than inside this Capitol.”