Two Williams County robberies late Friday evening, in two area small villages ten minutes apart shows the possibility of the same suspect holding up both locations.  Suspect descriptions and the time line of the robberies provided from information supplied by both the Montpelier Police Department and the Williams County Sheriff’s Office line up the possibility the same suspect conducted both crimes back to back.  The separate press release have been provided below.

In a follow up interview conducted with investigators at 3:30 p.m. Saturday,  no further developments have occurred and the suspect(s) remain at large.  If you have information concerning either crime, please contact local authorities.

Forrest R. Church may be reached at publisher@thevillagereporter.com

On Friday, January 29th, 2016 at 11:04 p.m. the Williams County Sheriff’s Office received a 911 call from the cashier of the Holiday City Stop and Go.  The cashier stated she had just been robbed at gun point. The male subject knocked on the door and pointed a gun at her.  He made the cashier open the door and demanded she give him all the money.  The male subject left out the back door and had taken less than $200 out of the register.

A description of the male is 5 foot 10 in tall, 150 pounds.  The subject had on gray gloves, a gray sweater, blue jeans and dark running shoes.  The male had on a make shift ski mask made from possibly the gray sweater.  There were two eye holes cut out and an opening on the top of the mask.  The male appeared to have on a long dark curly wig that was held on by the make shift mask.  The wig stuck out the bottom of the mak and through the eye holes.

The incident remains under investigation.  If you have any information about the robbery, please contact the Williams County Sheriff’s Office at 419.636.3151. 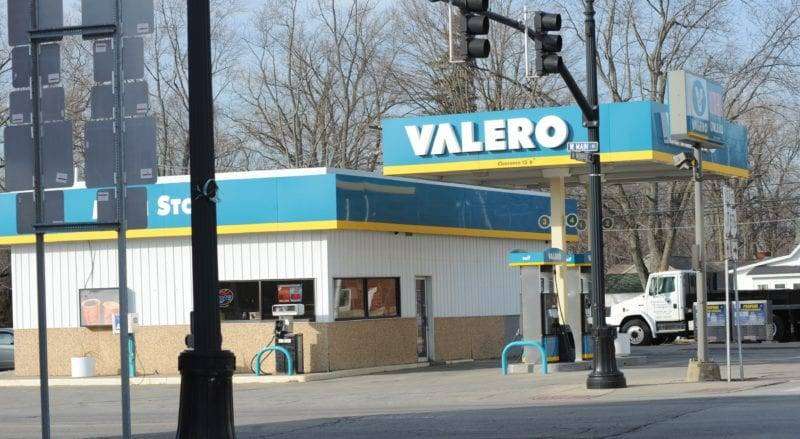 The suspect brandished a gun and stole various cartons of cigarettes and cash money. This suspect is linked to a robbery in Holiday City at the Stop-N-Go (Sunoco) just 20 minutes prior. Per Chief Dan McGee “The suspect stole specific types of cigarettes (from Montpelier), which I am sure someone out there can help us associate them to likely persons involved in this robbery”. Chief McGee is releasing the suspect stole a carton of Marlboro Black and three cartons of Pyramid Menthol Silvers.

The Williams County Crime Stoppers is offering a $500 cash reward for information leading to the arrest or indictment of the individual(s) involved in these robberies. If you have information that could assist law enforcement please contact the Montpelier Police Department at 419-485-3121, the Williams County Sheriff’s Office at 419-636-3151, or Crime Stoppers at 419-485-9302.