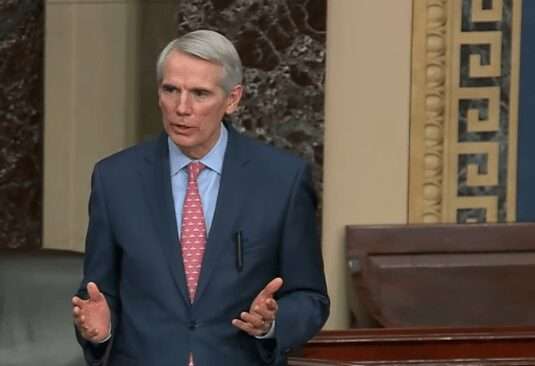 WASHINGTON, DC – This evening, the U.S. Senate approved an amendment offered by U.S. Senators Rob Portman and Ben Cardin (D-MD) to the budget resolution to support vaccine administration and a public awareness campaign. The amendment passed unanimously after Portman delivered remarks in support of the amendment. The Senate continues to consider amendments to the Budget Resolution.

Senators Portman and Cardin introduced bipartisan legislation in December of last year to fund a science-driven public advocacy campaign to ensure that when an effective COVID-19 vaccine has been authorized by the Food & Drug Administration (FDA), Americans are ready to get it.

According to polling, just over half of Americans are willing to take a COVID-19 vaccine when it is authorized and made available to the public. This legislation would authorize necessary funding for a public awareness campaign on COVID-19 vaccine information through the Department of Health and Human Services and the Centers for Disease Control and Prevention.

Grants would go to entities to start developing campaigns that target all Americans, and that would begin no later than 30 days after a vaccine is authorized.

“Mr. President, I strongly support this amendment. The most important thing we can do right now is to get the vaccines distributed. And one of the problems we’ve got is that about 40 percent of Americans are still saying they’re uncomfortable getting a vaccine. And part of that is because we haven’t been able to get a proper public awareness campaign out there – not with politicians but with folks with white coats. And people who are respected and trusted on this issue to say it is necessary for us because these are safe and effective and by getting these vaccines in place, we can turn things around. That’s why I support the amendment.”