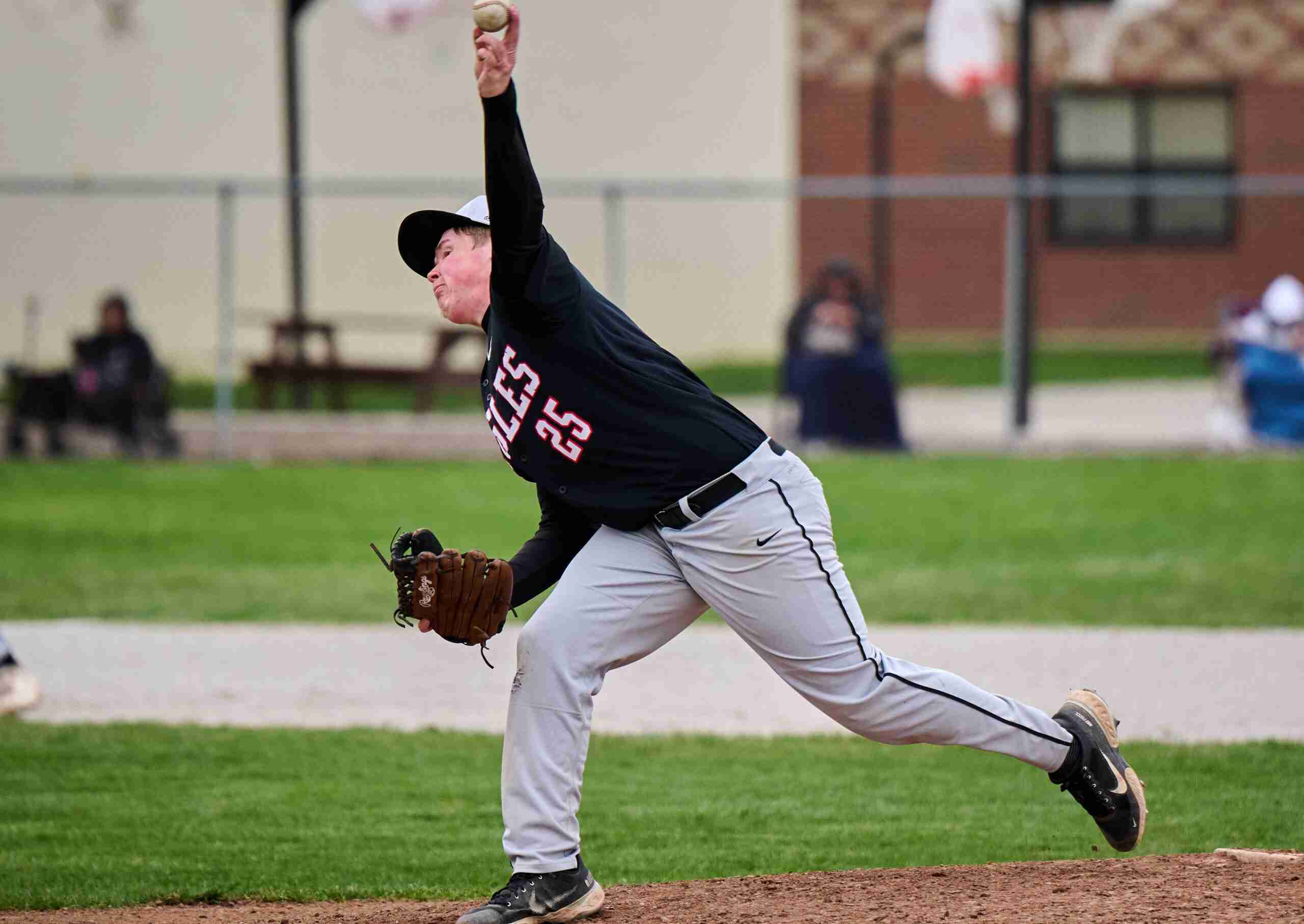 PIONEER – Colton Hicks tossed a complete game on the mound and smacked a three-run homer in the sixth to lift North Central to 6-2 win and a share of their first league title since 2014.

The Eagles jumped on the Montpelier in the bottom of the second when Quin Burt was hit by a pitch and Keanu Miller reached on an error.

Burt, who advanced to third on the error, scored on a passed ball and Sam Wheeler singled to left to scored Jake Turner, who was a pinch runner for Miller, to make it 2-0.

North Central added another run in the third starting with a Burt walk and then Miller would sacrifice to move Burt to second.

Ben Pettit would then hit a ground ball to second that was misplayed, allowing Pettit to reach base and Burt came around to score on the play to make it 3-0.

A single by Wheeler continued the threat, but Montpelier pitcher Jaxon Richmond would get a strikeout and then induce a pop out to third base in foul territory to keep it 3-0.

Montpelier cracked the scoreboard in the top of the fifth as Kamron Smith and Nathan Rummel each singled with one out.

With Smith and Rummel now at third and second base respectively after a passed ball, Easten Richmond would drive 3-1 pitch to left for a double to trim the Eagles lead to 3-2.

Trent Thorp would then reach on an error to give the Locos runners at the corners with still just one out.

Hicks buckled down as he would strikeout Landon Fackler and then get Jaxon Richmond to hit into a fielder’s choice to end the inning.

Montpelier threatened again in the sixth as David Bowman opened the inning with a double and then went to third on a sacrifice.

Hicks again rose to the occasion, recording back-to-back strikeouts to end the top of the sixth as the Eagles lead stayed at 3-2.

The North Central half of the sixth started with Burt drawing a walk before Miller and Pettit were retired as Wheeler came to the plate.

With Burt now at second after a wild pitch, Wheeler reached on an infield single, his fourth single of the game, as it was the Eagles turn to have runners at first and third.

That’s when winning pitcher Hicks helped his own cause by sending a 3-2 pitch over the fence in right field for a three-run shot to increase the lead to 6-2.

Hicks then slammed the door in the seventh by retiring Montpelier 1-2-3 to give the Eagles at least a share of the BBC.

For the game, Hicks allowed just six hits and recorded nine strikeouts with zero walks in picking up the win.

North Central can win the championship outright on Thursday when they host second place Holgate.