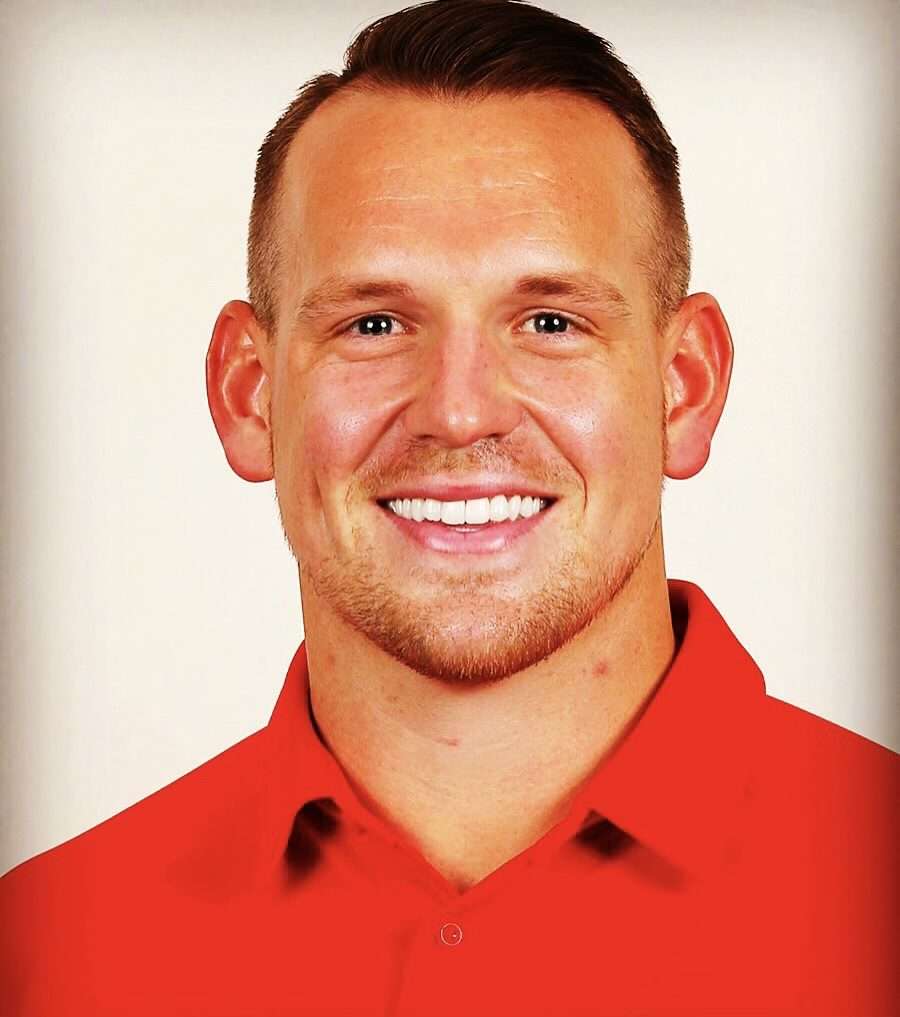 METAMORA – On Monday night, the Evergreen Board of Education approved the hiring of Evan Karchner as their next football head coach.

“We are excited to have Coach Karchner take leadership of the Evergreen Football program.  We know that the community, supporters, alumni, players, and families are excited about the upcoming fall”, said Evergreen Athletic Director Derick Stoup.

“Coach Karchner stood out with his depth of experience and knowledge. With him being from NW Ohio, having phenomenal coaches as legendary John Boles at Maumee HS, and Coach Dave Clawson at BGSU cemented that he knew what great leadership looked like.”

“Coach Karchner was a 3-sport athlete at Maumee and wants to promote multi-sport athletes at Evergreen HS which is important for any smaller school such as Evergreen”, said Stoup.

“Coach Karchner had the opportunity to see the country and be a part of high-level staffs with his coaching stops at MacArthur HS (Houston, Tx), Wake Forest, Bowling Green, and Youngstown State which we felt gave him a broad range of knowledge and connections to be a special hire for the Evergreen football program.”

“We look forward to Coach Karchner making football fun for his players and getting to work this off-season”, concluded Stoup.

The 27 year-old Karchner is a 2012 graduate of Maumee High School where he was named All-State on two occasions at his linebacker position.

He then went on to play linebacker at Bowling Green where he received his Bachelor’s Degree in Integrated Mathematics followed by a Master’s Degree in Education Curriculum.

Karchner replaces Aaron Schmidt who resigned after five seasons with an overall record of 17-33.

Karchner inherits a program that hasn’t had a lot of success on the gridiron, with the school’s only NWOAL championship in football and only playoff appearance coming in 1984.

“First and foremost, I would like to thank Evergreen for giving me the opportunity to be their head coach and to join the community”, said Karchner in a post on his Twitter page on Tuesday night.

“I’m excited for the future of this program and to be a strong leader for our student-athletes.”

“I also want to thank Eastwood for giving me the opportunity to be involved in their successful program and supportive community”, he continued.

“They gave me a chance to grow and develop into the coach and educator I am today. With that being said, I’m excited to get to work”, concluded Karchner, who will teach math at Evergreen.