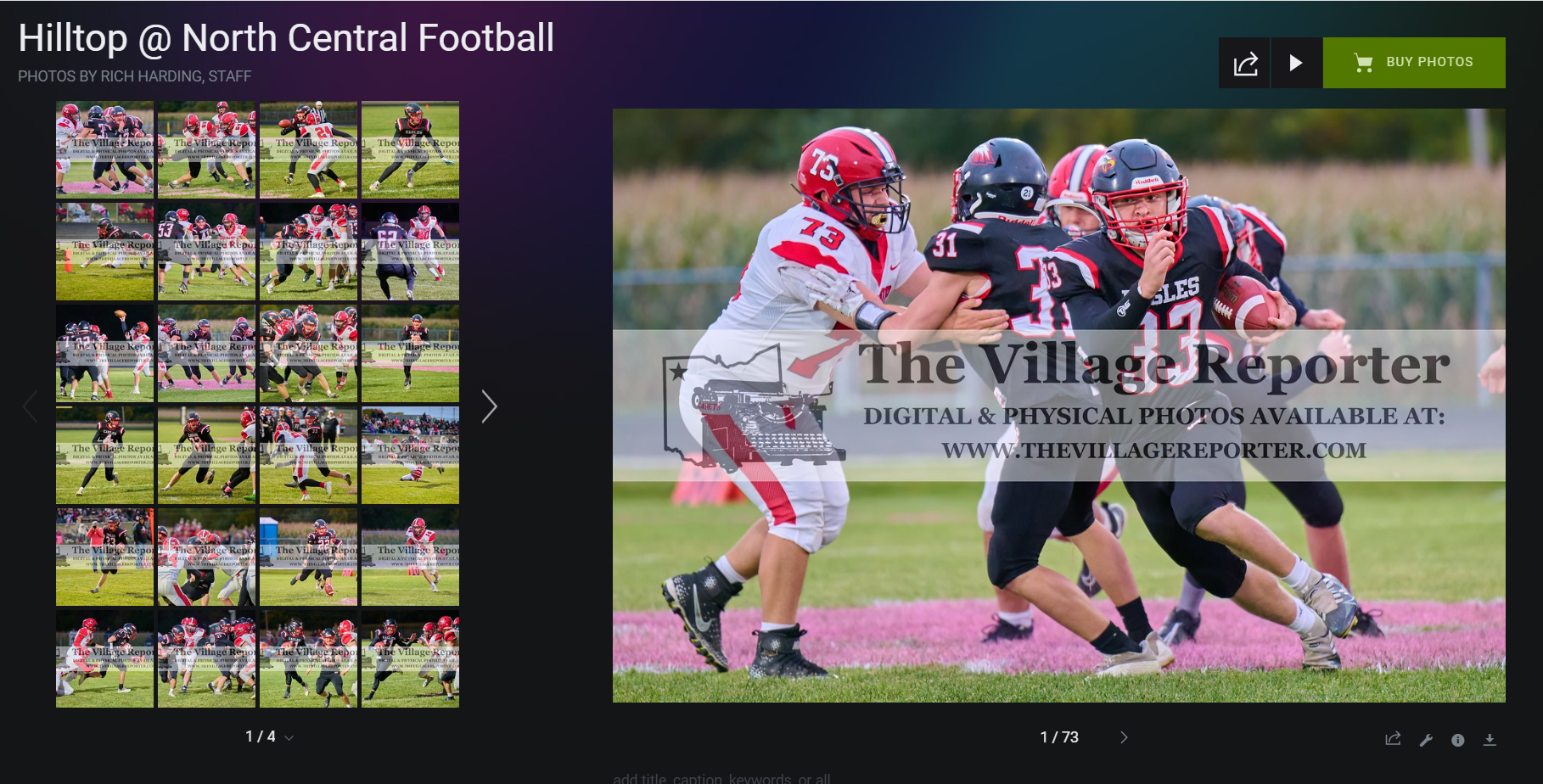 Though North Central is in its first year of varsity football, the Eagles are playing like a veteran team. Following Friday night’s 56-0 win over Hilltop, the Eagles have an excellent chance of making the playoffs.

After week seven, the Eagles stood in 10th place in Division VII, Region 26. The top 16 teams in each region make the playoffs.

“This is our first year and we’re still learning the fundamentals,” said North Central head coach Scott Thompson. “We want to make progress every week and we’re seeing that.”

“We make it entertaining and try to put a good product on the field. We’ll celebrate this win this weekend and then we’ll get ready for our next opponent.”

The North Central offense and defense were in high gear in this one. The Eagles scored a touchdown on all eight possessions. Meanwhile, the defense kept Hilltop out of its territory the whole game.

The closest Hilltop came to crossing midfield was getting to its own 48-yard line late in the third quarter.

However, the way the game started out it appeared North Central might struggle on offense.

On the opening possession of the game, after Eagles running back Joey Burt was thrown for a three-yard loss, North Central faced a third-and-11 from the Hilltop 32-yard line.

“Their defense was moving around and were having some success taking away plays that we had been successful with in other games,” Thompson said. “But we saw what they were doing and made adjustments.”

The first step in adjusting came when Sam Moore took a pitch from quarterback Gabe Kidston and raced around the right side for a 12-yard gain.

Two plays later, Burt broke loose for a 17-yard touchdown run. He then ran in the two-point conversion to put North Central up, 8-0 with 4:36 left in the first quarter.

The scoring drive was the longest of the night for North Central, taking 10 plays.

On North Central’s next possession, the Eagles took just three plays to score. The drive started at the Hilltop 27 after the Eagles defense recovered a Hilltop fumble.

This time Quin Burt found pay dirt from 18 yards out. That put North Central up 14-0 after one quarter.

Trickery was involved in North Central’s next score as Kidston pitched to Cameron Laney who then fired a 39-yard touchdown pass to Sam Moore.

Kidston then ran in the two-pointer to put North Central ahead 22-0.

North Central would score three more times in the second quarter to take a 44-0 lead at halftime.

Joey Burt scampered in from 33 yards out, Laney scored from the two-yard line and Joey Burt then added a two-yard scoring run.

With the second half played with a running clock, Laney added a nine-yard scoring burst and Jameison Benedict had a 22-yard touchdown run.

“The offensive line did a great job blocking for me tonight, absolutely amazing,” Joey Burt said.

“It feels good that we’re now 6-2 and we’ve had a lot of support from our community. We just have to continue to believe in ourselves and push forward.”