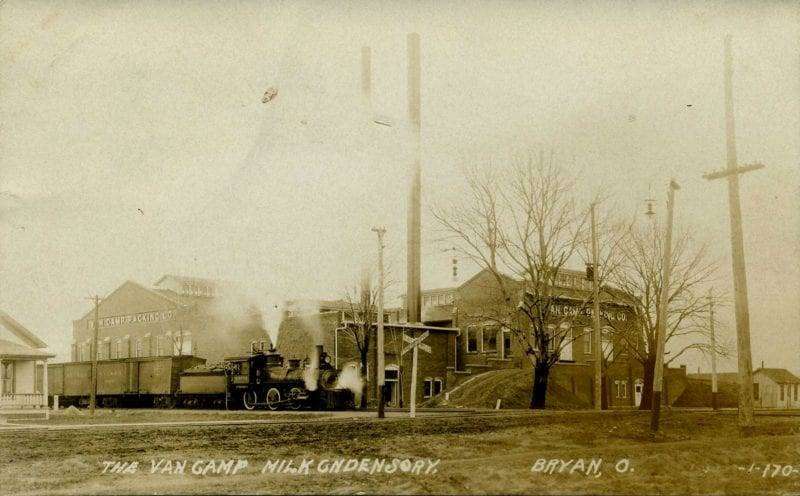 A local newspaper reported that the condensory was the largest building in Bryan and “the most modern, best-equipped milk evaporating plant in the United States.” On July 1, 1944, the Van Camp Packing Company was purchased by Pet Milk, who modernized and expanded the Bryan condensory.

About 1947, a can manufacturing operation was added. By 1963, the plant employed more than 100 people and produced 1.5 million cases of evaporated milk each year. District offices for Ohio, Michigan, Indiana and Wisconsin were also located at the Bryan facility.

On September 1, 1978, Pet was sold to IC Industries for more than $455 million. In October 1983, Pet announced milk processing would be discontinued at the plant because of declining sales. Soon afterward the can manufacturing operation was also abandoned.

On May 22, 1985, the Quigley Company began blending materials to form refractory products for the steel industry in the former condensory. The site is now home to Minteq International. This vintage postcard of the Van Camp Packing Company’s Bryan facility, postmarked September 1909, is from the Kevin Maynard collection–Courtesy of the Williams County, Ohio, Local History Exchange.