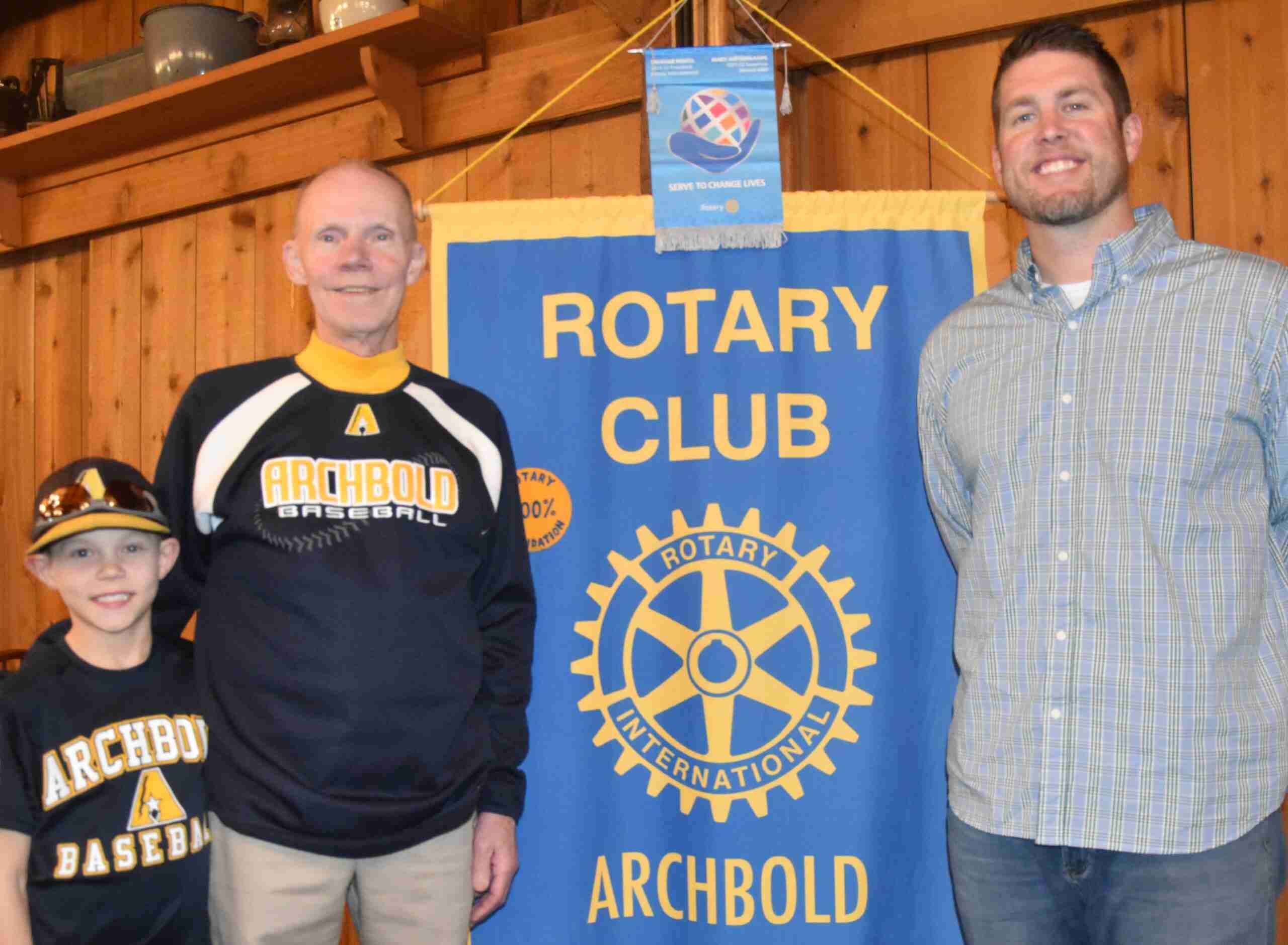 The program was arranged by Kirk Weldy (right), who is starting his first year as an assistant coach for the Bluestreaks this spring.

Following the COVID-cancelled 2019 baseball season, the Archbold Bluestreaks rebounded last year in grand style — closing the year as state runner-ups in their division.

Head coach Dick Selgo reflected on the season as he spoke to Archbold Rotarians as baseball practice is just beginning for the 2022 season.

The coach credited his assistant coaches and the passion and commitment the players have for baseball as important reasons for the Bluestreaks’ success. He noted that Archbold presently has six graduates playing in college and doing well.

This year’s team has 11 players returning from last year’s state runner-up team.  And, the team has excellent competition for many of the positions.

However, he added that many of the teams that they will be playing in their district also have a lot of talent returning this year.  So, it isn’t going to be any easier getting to state again.