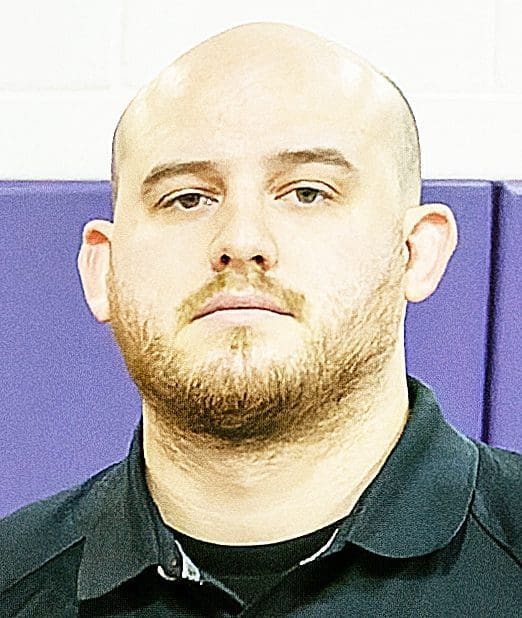 A junior high wrestling tournament in Archbold led to a Swanton coach being told to leave after putting his hands one of his wrestlers.

Swanton coach Aaron Brown, Jr. was told to leave after reportedly grabbing one of his wrestlers by the neck.

During a meeting on January 9, 2023 at Swanton Schools, a decision was made to remove the coach from his position.

A statement from Superintendent Chris Lake reads the following. “The Swanton Local School District has concluded its investigation of the incident which took place on Saturday between the head middle school wrestling coach and one of our student athletes.”

“Based on numerous witness statements the coach has been removed from his position and will no longer be affiliated with the team or the district.”

“The coach understands that his behavior at the tournament was unprofessional and was not in keeping with conduct that reflects positively on himself or the Swanton School Local District.”

“The district would like to thank all of the individuals who came forward to provide witness statements which aided in our investigation and helped us to bring this matter to a swift conclusion.”

“Additionally, this morning the district administration met with the members of the middle school wrestling team to inform them of the decision made regarding the coach and to offer them any assistance they may need as they process the events of this past weekend.”

“The district’s goal now is to provide the members of the middle school wrestling team with the opportunity to move forward from this event and continue on with their successful wrestling season.”

“We have also reached out to the parent of the student involved to inform them of the decision and to offer assistance to them and their student as they move forward.”

Ashton Oliver was present during the match and described what took place by stating she had never screamed at a stranger so loudly in her life before.

Before the altercation took place, Oliver said the coach was a point of interest after being asked by other kids to keep an eye on him.

She was told, “You gotta watch that coach in all black over there, he just threw his stuff because his wrestler gave up two points.

”So, I decided to watch the rest of the match even though none of our kids were on the mat.”

“This coach’s wrestler ended up losing by getting pinned and the kid immediately burst into tears.”

“I watched him shake like a leaf as he shook the hand of the opposing coach, and then slowly walk back to his coach.”

“His coach then got in his face like a drill sergeant, pointing his finger in his face, screaming that he lost because he sucks and then telling the kid to get the f**k away from him.”

“As the kid walked away from him, the coach slapped his butt. To be clear, this kid was not his child, and this was not a football type of encouraging pat on the butt; no, this was equivalent of a very hard spanking.”

“I should have said something then and I feel so bad that I didn’t. I wish I had spoken up sooner.”

“Me and several other people witnessed this guy berate, humiliate, and scream at his wrestlers throughout the day.”

“Anytime one of these kids lost, they instantly started sobbing and trembling.”

“We only ever saw him physically put hands on these kids twice: the first was the spanking, the second was when he shoved a kid and the kid fell backwards into the bleachers, which came from another parent, I didn’t see it that time.”

“However, during the fourth round, everything took a turn for the worse.”

Oliver went on to explain that later on, one of their schools’ wrestlers had to wrestle one from Swanton.

The two battled it out to see who would win third place and who would get to compete for the first and second place title.

The match went into overtime with the Swanton wrestler losing by two points.

“As our wrestler was getting his hand raised, I told our coach to watch the way the other coach was going to react to his wrestler for losing.”

“He asked me why and I explained because that guy had been screaming at kids all day long, but I never expected to see what happened next,” stated Oliver.

“The wrestler came over and shook our coaches’ hands, and then walked back to his coach.” “This grown man grabbed this kid by the back of the neck and slammed him into the gym wall.”

“I have never screamed at a stranger so loudly in my life. He then slammed him into a set of metal double doors leading to the hallway, but didn’t push the bar to open the doors, so the kids head rammed into the doors first.”

“Then he opened the doors and threw him out into the hall. People in the stands were shouting and I was standing in the middle of the mat screaming at him to stop and pointing to make sure people knew what to look at.”

“Our coach took off after them to put a stop to it and get that boy away from this guy. I explained to the referee what was happening, and he took off to the hallway too.”

“I got to the hallway just in time to hear, “you’re out of here!” As the coach stormed past me and walked back into the gym (I’m assuming to get his stuff and leave) there was a booming roar of boos that erupted from the entire room.”

“I asked our coach what had happened before I got to the hallway and he told me that he yelled at the guy to let go of the boy and he responded by saying he was the coach and he would handle his wrestlers however he wanted, that it was none of our coach’s business.”

“Our coach told him he wouldn’t allow him to be grabbing kids up in front of him and that’s when other people got there to help too.”

The wrestler’s mother, Gayline Collins, explained that she was at work and had to receive a phone call from the Swanton middle school principal telling her what had happen.

According to Collins, numerous issues have come up with this coach and her son with reports being made to the school.

“Not our first issue with this man. He has told my son he sucks and not to return to wrestling.”

Collins also explained that later that night she met with the coach at the school where he had apologized for the incident and stated he will accept the consequences of his actions.

The following day after the incident, Collins went to the Archbold Police Department to file charges against the coach, with others reportedly showing up to file witness statements.

Collins explained that photos were taken of her son’s neck that still showed finger marks from where he was grabbed.

According to the Archbold Police Department, the matter is currently under investigation.