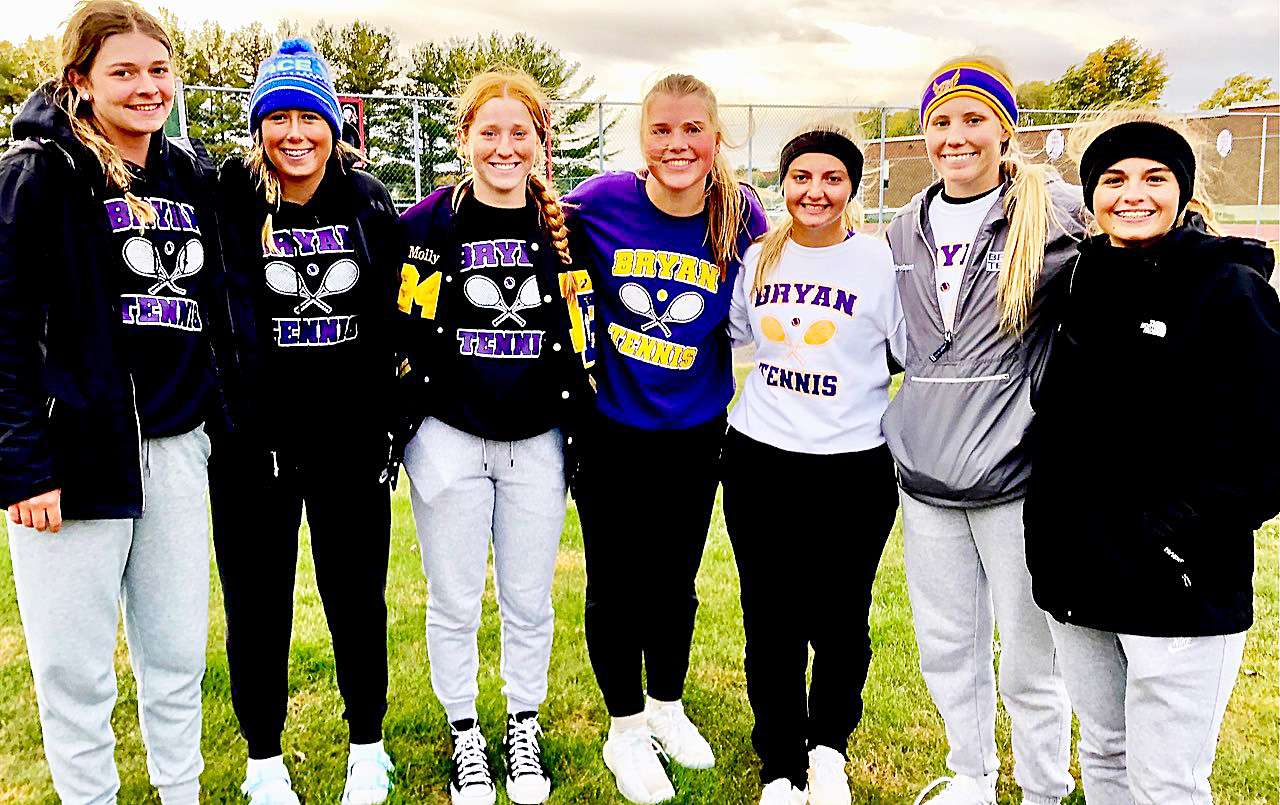 LIMA – Despite losing six of seven starters from last season to graduation, the Bryan Lady Golden Bears are headed back to the state final four for the second consecutive season after a 3-2 win over Lima Shawnee.

Bryan dropped two of the three singles matches but was able two sweep doubles play to clinch the match.

The team state tournament will take place on Sunday, October 23rd in Mason, Ohio with Bryan facing Hathaway Brown in the semifinals.

The winner advances to the state championship match to take on either Columbus Academy or Cincinnati Hills Christian Academy.

The state individual tournament starts on Friday with the team of Caitlyn DeWitt and Reese Grothaus competing in doubles play.