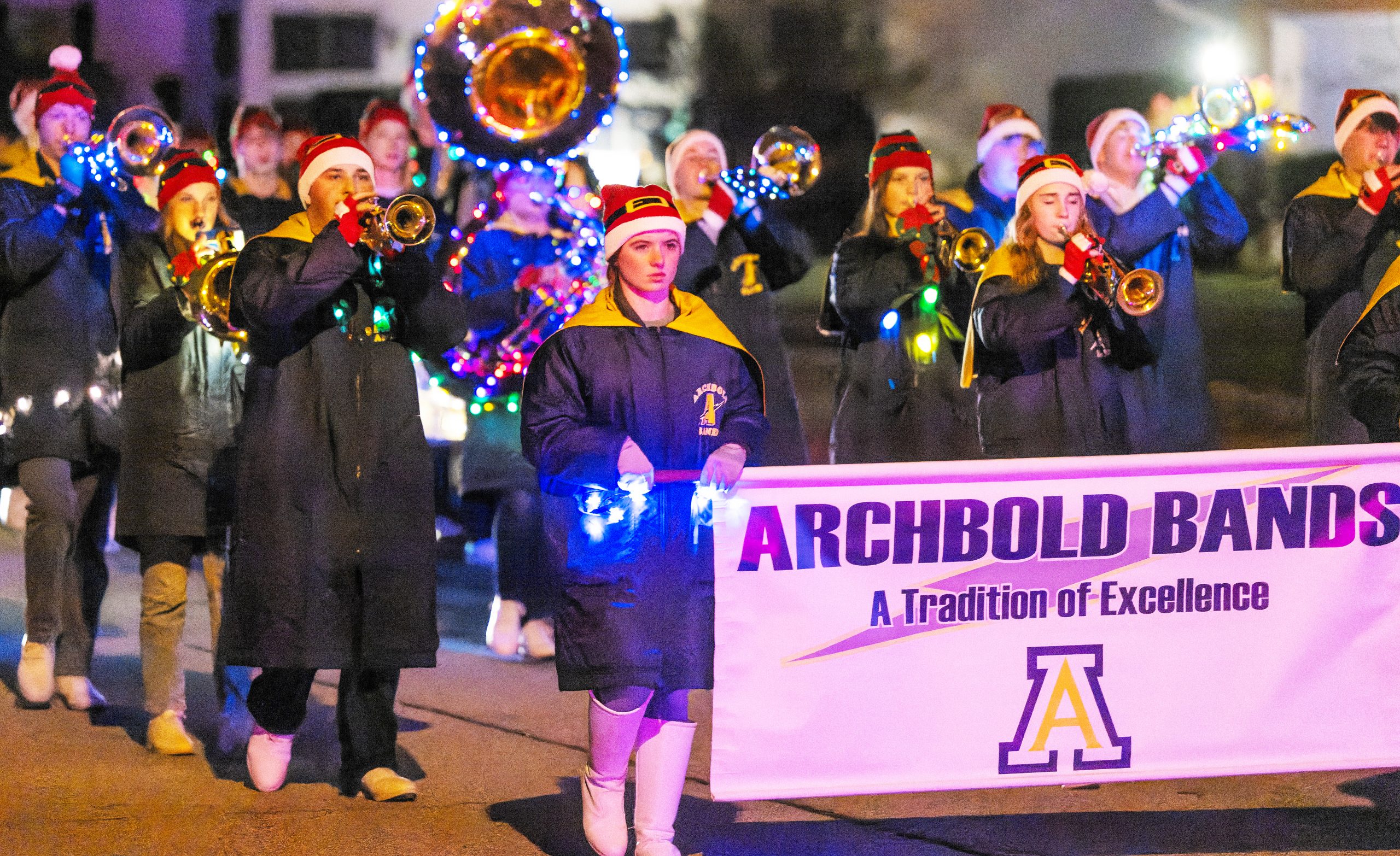 The annual Christmas parade took place in Archbold on November 25th. During a cold Friday night, although not quite as cold as last year’s parade, the Christmas Parade began at 6:30 p.m.

Even from near the end of the parade route the drums and sirens could be heard as a sort of preview of what was to come.

The Archbold Marching band came next followed by more than 40 vehicles and floats that included local Fire Departments.

Santa Claus was in his usual spot at the rear of Archbold Fire’s Tower 101. As Santa passed by, he yelled out good wishes to all that came to see the parade.

When it comes to those who came to see the parade, it is safe to say that there were many. The streets were lined with people who wanted to kick off the holiday season this year.

People were still walking up after the parade had begun to see the floats and catch some of the candy that was thrown.

After over twenty years, the parade has continued to entertain the people of Archbold and its surrounding area. It was yet again a good start to the greatest time of year.

Jacob can be reached at  jacob@thevillagereporter.com