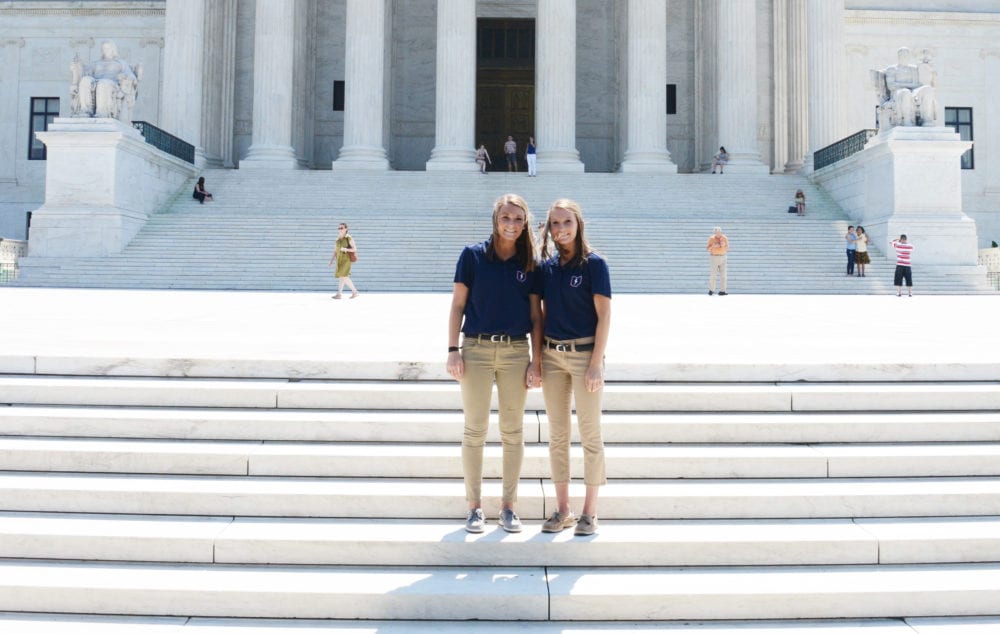 Rachel and Rebecca Schroeder (pictured) of Bryan were among 34 high school students from throughout Ohio who visited Washington, D.C. and other points of interest June 10-16, 2016 as part of Ohio’s Electric Cooperatives, Inc.’s Youth Tour to the nation’s capital. The week-long trip included a visit to the U.S. Capitol and other areas of historical significance. The students were awarded the tour in a scholastic competition sponsored by North Western Electric Cooperative, Inc., of Bryan, a Touchstone Energy® cooperative. The high school students joined approximately 1,600 other rural students representing 42 states. As part of their tour of the nation’s capital, students met with members of their Congressional delegation, visited Arlington National Cemetery and attended a performance at the Kennedy Center for the Performing Arts. Rachel and Rebecca are the daughters of Gary and Mary Ann Schroeder.

Be the first to comment on "Co-Op Students Travel To Washington D.C. & Area Sites"