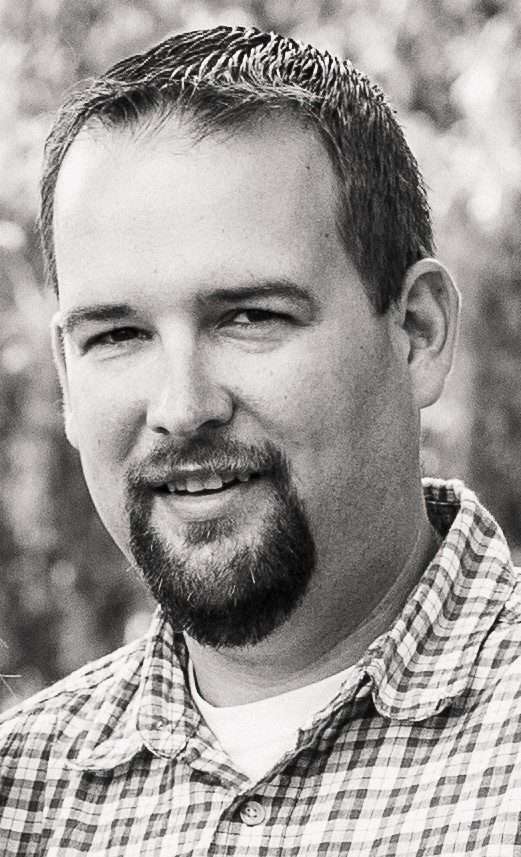 Poor journalism can be found all around us.  This is a subject matter that has consumed my recent columns.

I was taught at an early age in the mid 90’s when writing at The Advance Reporter in high school (this newspaper merged to form The Village Reporter), that a journalist should never implement their personal opinions into their article content and NEVER become part of the coverage itself.

Though I typically only wrote athletic articles in my teenage years, the few times I covered public small-town government meetings, such as village council gatherings, I made sure to simply report on the facts that took place at the meetings.

I can assure you that over the years if I wanted to have a biased angle on reporting or even as Publisher what makes the page of The Village Reporter it would be easy to do.  Each week there is A LOT of content that challenges my political perspective and personal beliefs, however, I publish the content anyway.  It is not my job to try to influence our audience in one direction or another unless through a clearly defined opinion column (opinions should never mix with news coverage).  It is our job to publish factual news that you can count on as being unbiased and reliable.

An example you ask?   I had plenty I could have stated about the recent race for Williams County Sheriff held recently.  I viewed a lot of content and “behavior” that I disagreed with being stated at recent meetings.  Despite this, I published the news as our writers composed their coverage (along with publishing press releases word for word by the candidates).  That’s what unbiased news can and should do.

Note – this is one example of about thirty that come to mind in just recent months.

When attending college for journalism, the unbiased mindset was confirmed, you should never place yourself into your coverage and check your opinions at the door.  We were taught even in the crazy 90’s that opinions should be expressed only in opinion columns.

The late – great Walter Leland Cronkite Jr. was given as an example.   Mr. Cronkite was known as “the most trusted man in America” after decades of bringing forth unbiased news to Americans.  His viewers rarely, if ever, knew his personal political stance on coverage topics.  He was trusted as a person – trusted as a journalist – thus his words were trusted as being unbiased.

This is clearly the opposite of what we see in the media today.

When watching a White House Press Briefing it might as well be a Saturday Night Live skit or maybe a better comparison would be a gazelle kill in the African wilderness.  Most journalists present at these briefings compete to see who can outdo those sitting at the seat next to them in a personality battle.

I truly believe true journalism is nearly dead in America.

At The Village Reporter, when we interview potential writers, the first question we ask is whether the writer can compose articles from an unbiased perspective, checking their opinions at the door and never placing themselves in the article content.

When writers cover local meetings, we want the meeting covered from beginning to end with all points covered, checking personal opinions at the door.  For the most part, I think we do very well in this aspect.

I’ve asked this question of every writer for nineteen years now (asked hundreds of times in interviews) and up until recently, this was followed.

In the last few months, there have been instances where a freelance writer, whose services we purchased, broke this trust with me, and thus also you, our audience.  For this, I will very briefly explain and issue an apology.

I fight extremely hard to ensure our newspaper is unbiased, as those who have read my prior columns may remember reading in recent months.  So when I started receiving messages at home on my personal social media account after a long day at work concerning this anti-Trump comment, you can imagine I was just as shocked as our audience to see this unauthorized comment made.  Clearly, I was upset by this action taken by a subcontracted freelance writer.

Freelance subcontracted writers utilized by newspapers are much like a hired plumber or lawn care service.  You could imagine how you would feel if a hired plumber used your name (or your business name) to lobby their political stance without your knowledge or blessing.  Sure, they have every right to lobby in any direction they desire personally, but when they take your name (and business name) to task with them, that is unacceptable.  I installed your dishwasher, now I’m going to use your name in my battle for the cause (insert here).

The second scenario was last week when I was blindsided that a freelance writer went to a Swanton Village Council meeting, using our newspaper name, to fight for their personal beliefs in a hotly debated topic on whether meetings should be made public on Zoom.

I only discovered our business name was used for lobbying purposes at the meeting when the article appeared briefly on our website.  I had no knowledge this action was being planned, that it took place or the blow-up it caused afterwards.

Obviously, this was another shock as I readdressed with the freelance writer recently that in order to continue buying their services that their opinions need to be left out of coverage, that we are not to be biased media outlet.  I received a response in writing that their coverage has not been biased in the past and would not be biased in the future.  So when I saw the article composed by the writer, writing about their own lobbying at the meeting with our newspaper name involved, my jaw hit the floor.

We have “community advisors” throughout our two-county area and have been informed that cartoons have been made and shared on social media mocking the Swanton Village Council concerning their debate on open Zoom meetings as well.  This does not represent the position or behavior of our newspaper.

As the owner and publisher of the newspaper, I take full responsibility for any biased coverage that made the pages of our print product or online at www.thevillagereporter.com in the past.   We can and must do better in the future.   The actions described above do not represent how we conduct our newspaper media coverage.

When you, our audience, read articles of local meetings you must have the confidence that there is not a preplanned agenda by writing services we buy services from.  We are not CNN, Fox News or MSNBC which display and seemingly celebrate this type of poor journalism.

With that stated, I publicly offer this apology and pledge to ensure this type of behavior does not occur again.

I certainly cannot think of anything similar to this occurring in the 19 years I’ve served as Publisher and having read a lot of our archives dating back to the 1870’s I do not recall seeing anything similar.

2 Comments on "Column: Caught My Eye, Crossed My Mind: An Apology To The Swanton Village Council"

Leave a Reply to Kathryn A Gifford Cancel reply