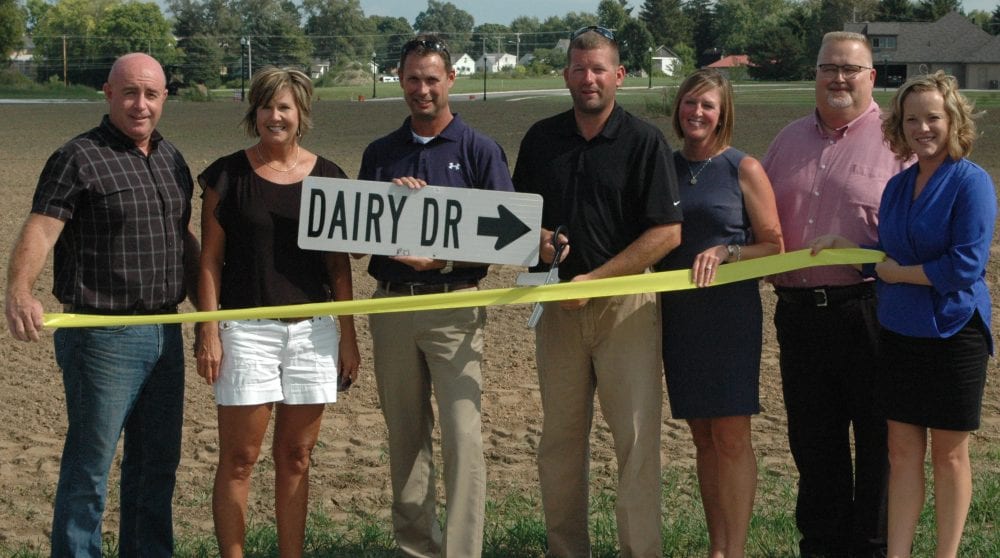 A new subdivision has become part of the village of Edgerton with the addition of Al-Phine Hills.

Developers and village officials gathered Sept. 7 for a dedication of Dairy Lane, the main street of the development. The Village Council approved the layout of 20 plats at a special meeting Sept. 6.

The plats now go to the county auditor.

The development has three completed homes with five additional lots sold already, developer Andy Farnham said. There are 15 lots available, he added. Homes will valued at $300,000.

Village officials look forward to the possibilities with the new subdivision.

“We are very excited about it; it’s a great addition to the village of Edgerton,” Mayor Lance Bowsher said. “It’s going to be beautiful when it gets all built in.

“It’s something that really adds to the village and will continue to thrive. Things are looking better.”

In a statement from the village, it is hoped “this new high-quality development will be a part of the residential and commercial redevelopment and growth that the Village of Edgerton desires.

“Across the state, the development of communities is reliant on developers and contractors like Al-Phine Hills, who believe in the success of small towns. The village appreciates your investment into our community and look forward to working with you in the future.

The development has been in the works for more than two years and led by partners Farnham and Tom Flegal.

According to a statement, the pair wanted to build on the family tradition of the land which was home to the Al-Phine Dairy. The development offers country living that is close to downtown Edgerton and the local schools.