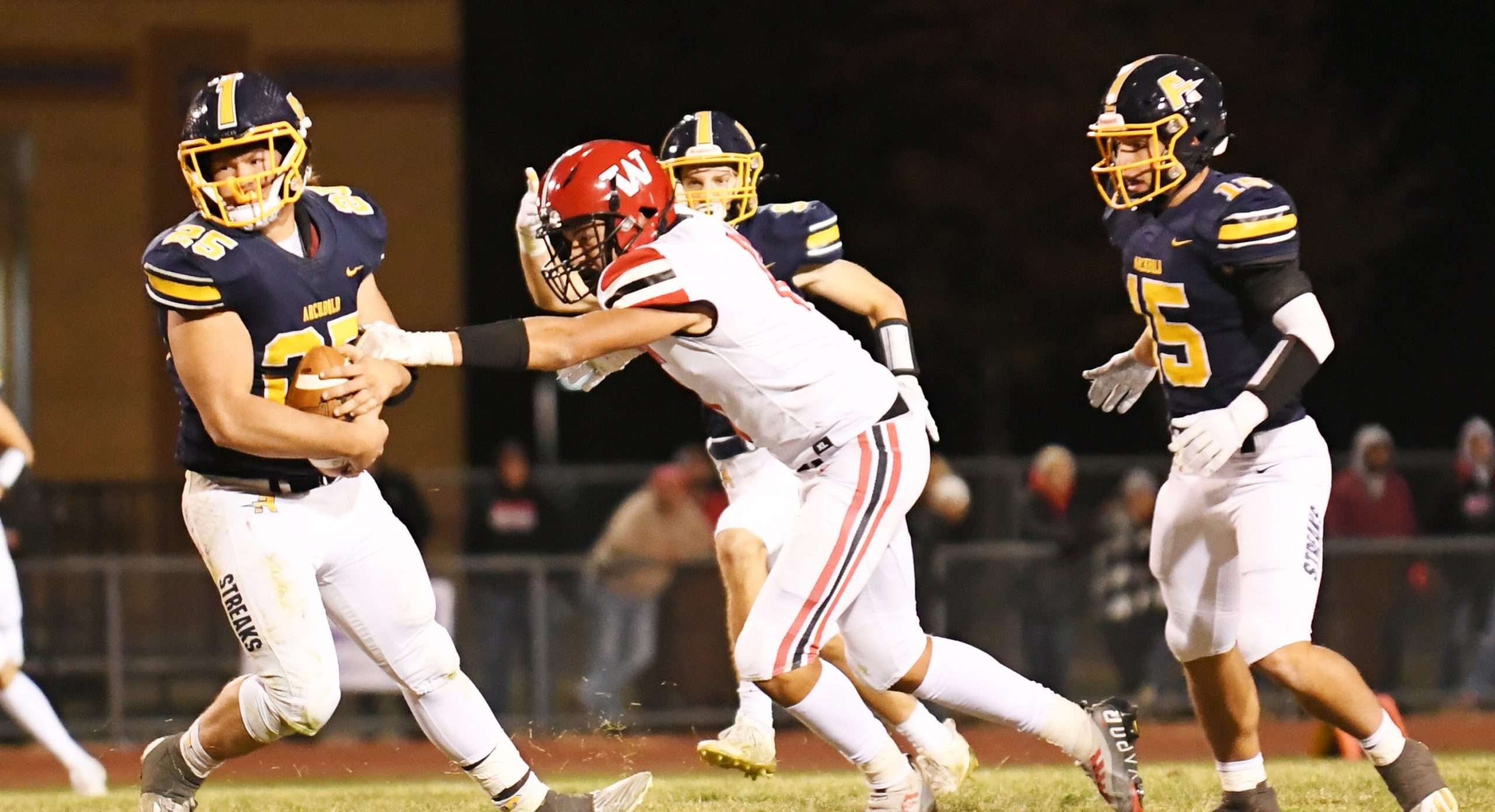 INTERCEPTION … Carson Dominique picks off a pass intended for Sam Smith of Wauseon in the third quarter. (PHOTO BY LINDSAY PHILLIPS, STAFF)

Dominique rushed for 158 yards, three touchdowns, and had a second half interception to lead the Streaks as they scored the game’s last 20 points to rally for a 20-12 win over Wauseon.

Archbold has now won six in a row against their Fulton County rivals. “What a game, it was a roller coaster of emotions”, said Archbold head coach David Dominique.