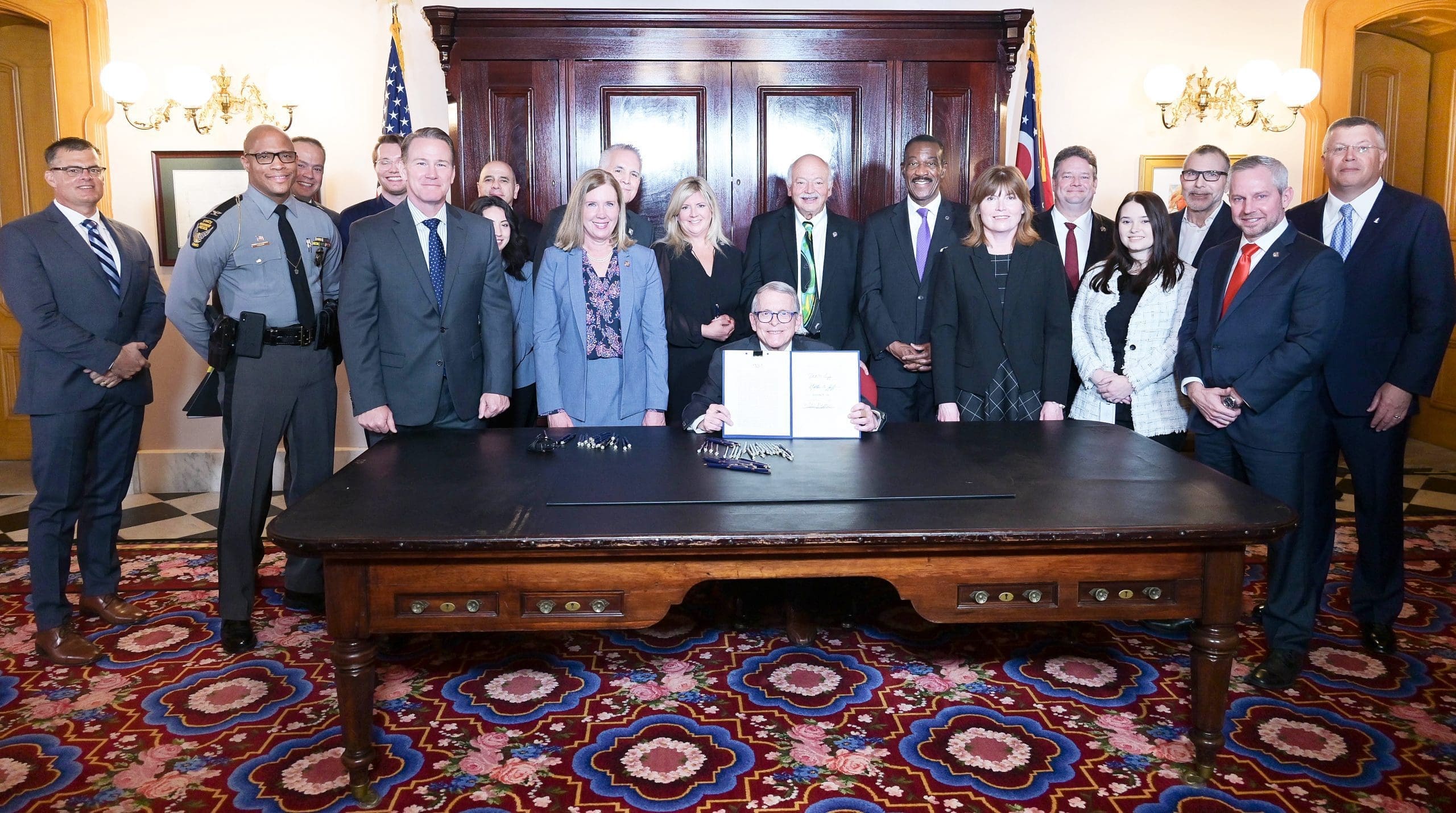 (COLUMBUS, Ohio)—Ohio Governor Mike DeWine has signed Senate Bill 288, which significantly strengthens laws in Ohio related to the use of cell phones and other electronic devices while driving.

The bill, which was initially part of House Bill 283 sponsored by representatives Cindy Abrams (R-Harrison) and Brian Lampton (R-Beavercreek), contains several safety measures championed by Governor DeWine, including a wide ban on using and holding a phone while driving.

“Signing this bill today is a great honor because this legislation will, without a doubt, prevent crashes and save lives,” said Governor DeWine.

“Right now, too many people are willing to risk their lives while behind the wheel to get a look at their phones.”

Senate Bill 288, sponsored by Senator Nathan Manning (R-North Ridgeville), designates the use of cell phones and other electronic communications devices while driving as a primary traffic offense for all drivers and allows law enforcement to immediately pull over a distracted driver upon witnessing a violation.

Under the previous law, distracted driving was a primary offense only for juvenile drivers, preventing officers from stopping adult distracted drivers unless those drivers also committed a separate primary traffic violation, such as speeding or running a red light.

“I commend Governor DeWine for championing this effort, which will bring about real change when it comes to distracted driving – ultimately saving lives.”

“My prayer is that this law will save lives. We can do nothing to bring our Maria back, but we are determined to keep other families from going through the nightmare of losing a child or a loved one on our roadways,” said Dom Tiberi, sports anchor for WBNS 10-TV and founder along with his wife, Terri, of the Maria Tiberi Foundation named in honor of their late daughter, Maria, who was killed in a distracted driving accident.

The foundation encourages defensive driving and educates about the dangers of distracted driving.

Although distracted driving is known to be underreported, the Ohio State Highway Patrol reports that there have been at least 73,945 distracted driving crashes in Ohio since 2017, including 2,186 fatal and serious injury crashes.

Traffic fatalities overall have increased in eight of nine years from 2013 to 2021, with deaths reaching their highest point in nearly two decades in 2021 with 1,355 fatalities.

Preliminary traffic data from 2022 indicates that at least 1,269 people were killed in traffic crashes last year.

“Certainly not all fatal traffic crashes are caused by distracted driving, but it’s no coincidence that evolving smartphone technology has coincided with increasing roadway deaths and injuries,” added Governor DeWine.

Under the new law, a driver may still use their device in specific circumstances, such as when their vehicle is parked or stopped at a red light.

Senate Bill 288 will go into effect in 90 days. Law enforcement will issue warnings to drivers found violating the law for the first six months following the effective date.

After this six-month grace period, law enforcement will have the authority to issue citations.

Penalties include a fine of up to $150 for a driver’s first offense and two points on their license unless a distracted driving safety course is completed. Increased penalties can occur if the driver is a repeat offender.