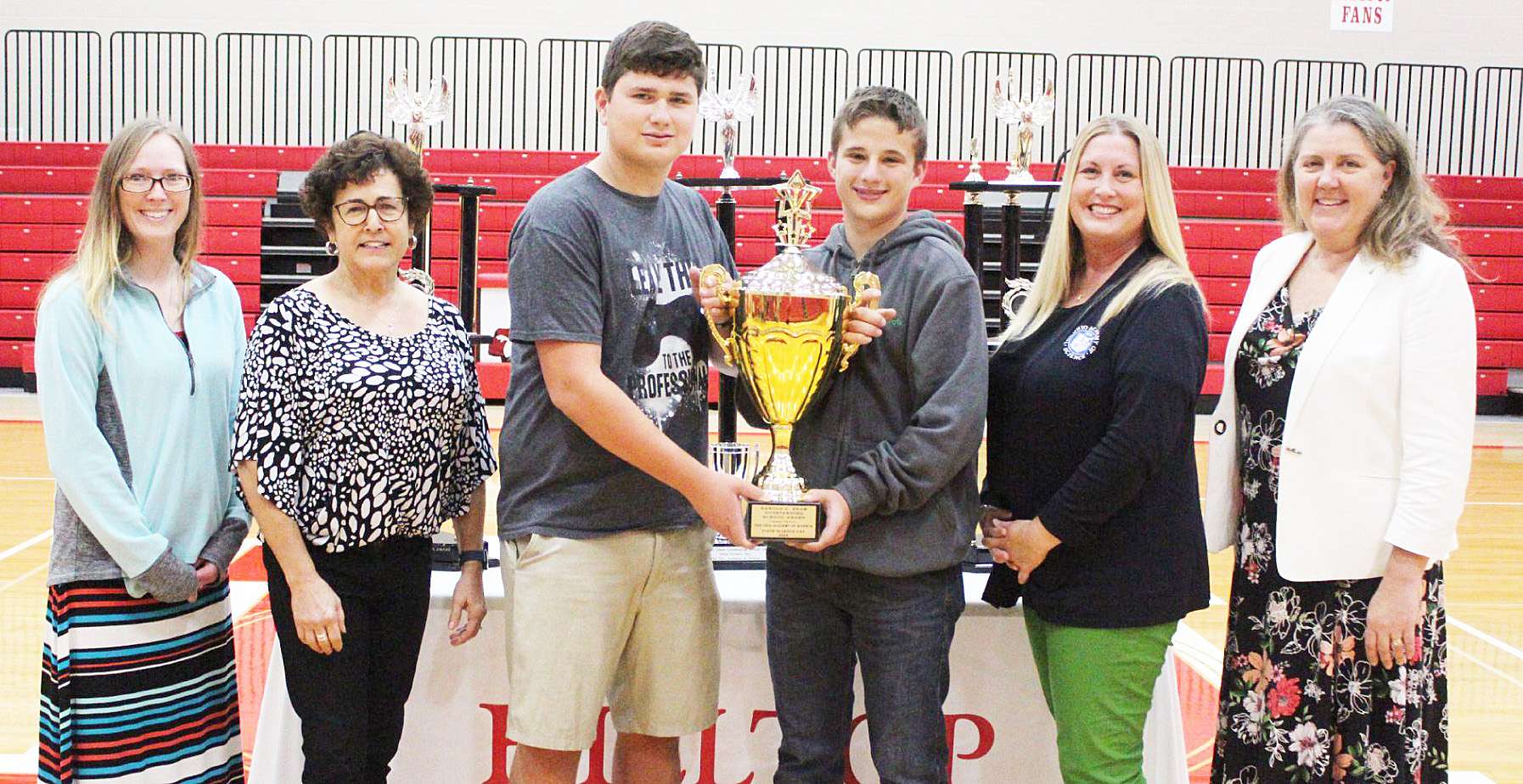 On Thursday, September 8th, Angela McMurry from The Ohio Academy of Science presented the Harold Shaw Outstanding School Science Fair Trophy to Hilltop High School. This award was earned at the 2022 State science fair which was completed in June of 2022.

Over 800 schools in the state participated and only 8 earned this honor. Shown accepting the trophy is senior James Bell and freshman Lakota Siegel, two members of the state team.