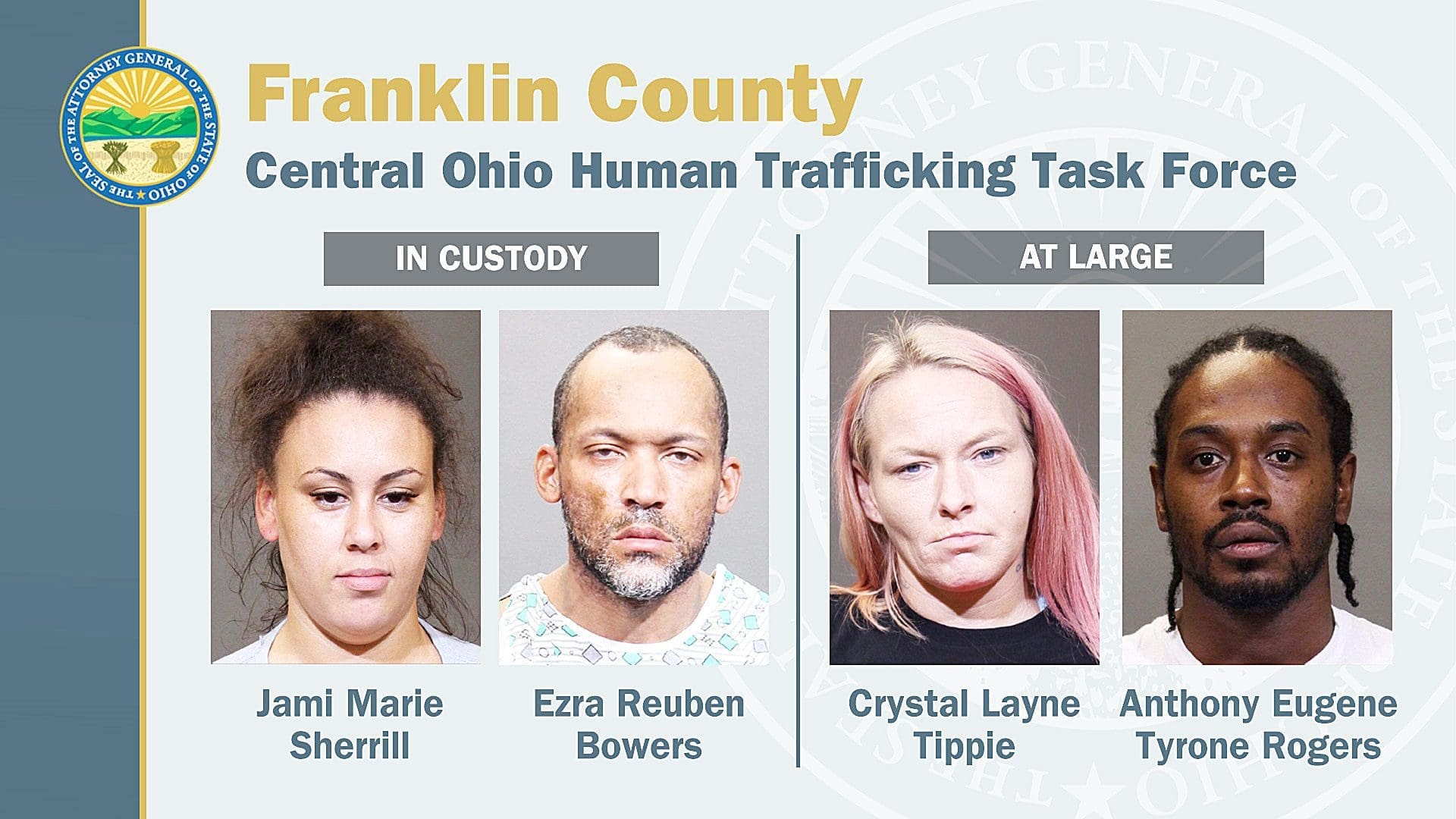 The Central Ohio Human Trafficking Task Force received numerous tips about a possible human trafficking and drug trafficking ring on the west side of Columbus.

The investigation ultimately identified 27 potential human trafficking victims and seized five firearms, more than $200,000 worth of narcotics, and $208,733 in cash.

On Oct. 5, a Franklin County grand jury indicted four co-defendants on a total of 44 felony charges for criminal activity that occurred from 2018 to 2022.

Ezra Reuben Bowers, 45, was charged with engaging in a pattern of corrupt activity.

Sherill and Bowers are in custody. Anyone with information about Rogers’ or Tippie’s whereabouts should contact the Columbus Division of Police at 614-645-4545.

Additionally, anyone with further information regarding this investigation or knowledge of other victims of human trafficking is encouraged to contact the Ohio Bureau of Criminal Investigation at 855-BCI-OHIO (855-224-6336) or the National Human Trafficking Hotline at 888-3737-888 and request to be connected with a member of the Central Ohio Human Trafficking Task Force.

Indictments are criminal allegations. Defendants are presumed innocent unless proved guilty in a court of law.

Mug shots are available on the Attorney General’s Twitter page.