Indians Repeat As State Duals Runners Up In Division II 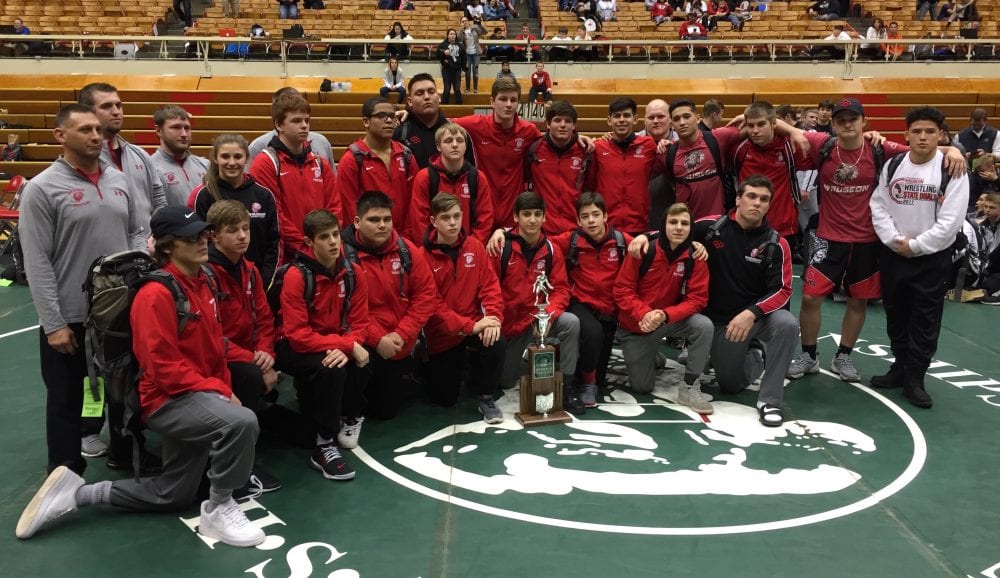 For the second straight season, the Wauseon Indians pinned their way to the State finals at the Division II State Duals Tournament at St. Johns Arena in Columbus.

In the second semifinal match the Indians were involved in what many called the match of the tournament against Carrollton. The Indians clawed their way to a 34-30 win. Wauseon won seven matches and Carrollton won seven matches. With the score 18-15, and Carrollton closing in on the lead, Xavier Torres was a 6-4 winner at 152 to put the Indians up 21-15. Carrollton fought back and took the lead back at 30-25 when Cody Leggett decisioned Drew Krall in the 195 class. In the 220 and 285 matches Tony Banister pinned his opponent in just :10 as Wauseon was back on top 31-30. Coming down to the 285 match it pitted Wauseon’s Alex Sosa against Winston Yekel. Sosa came through with a 5-0 decision to give the Indians the win and their second straight trip to the final.

The final was a rematch of last year. The Indians were forced to face Paris Graham, not only one of the best teams in the state but also in the nation. The 48-9 score in favor of Graham sums up just how strong they are. The Indians were able to win just two matches during the onslaught. Sandro Ramirez won at 145 with a 3-1 decision and Xavier Torres, who finished the tournament undefeated, was a winner at 152 with a pin in 1:46.