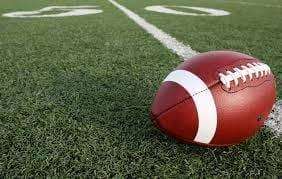 MONTPELIER- In what was the last NWOAL meeting between Montpelier and Liberty Center and possibly the final meeting ever, the host Locomotives made it a night to remember as they were able to seize opportunity when it came knocking. The Locos took advantage of two Liberty Center fumbles turning them into two touchdowns. The scores were an integral component in Montpelier’s 40-32 victory over the Tigers, their first since the 2006 season.

The Locos won the toss and elected to go on the offensive first. They began the night with the ball on their 33 yard line. The decision paid early dividends as the trio of quarterback Dylan Snyder, and running backs Dallas Royer and Jordan Birdsall each took their turns running the ball. The “Big Three” used up 5:19 to cover the 67 yards. Royer put the first 6 points on the board as he rambled through the teeth of the Tiger defense for a 3 yard touchdown. After Cody Caudill’s kick sailed wide left, the Locos were up 6-0.

Liberty Center wasted little time responding. The Tigers covered 53 yards in just 20 seconds as Dylan Sexton carried the ball twice in that span for the TD. The 2 point PAT run by Sexton was thwarted leaving the score knotted at six with 6:17 left in the first quarter.

The two defenses tightened the screws as neither team was able to make much headway offensively the rest of the period and the score remained tied heading into the 2nd quarter.

The start of the second stanza was a different story as the Tigers marched 84 yards in just under two minutes, mainly behind the running of Sexton. Quarterback Brooks Hinton capped the drive with a 1 yard sneak. The extra point pass from Hinton to Tejkl put Liberty up 14-6 with 10:07 left before halftime.

Following a futile onside kick attempt by the Tigers, Montpelier took over at the Liberty 44 yard line. Snyder and Birdsall took turns toting the pigskin. This time Birdsall crossed the goal line from 2 yards out to move Montpelier closer cutting the gap to 14-12. However, Snyder’s two point run was stopped short leaving the Locos trailing by two with 7:27 left in the quarter.

Once again the Tigers responded this time chewing up 75 yards in 13 plays, all on the ground. Sexton was the benefactor for a second time, on this occasion from 5 yards away. His two-point run attempt however was a different story as Hunter McKelvey and Alex Zuver slammed the junior tailback to the turf short of the goal line leaving the Tigers on top 20-12.

Following a nifty 42 yard Caudill kick return, and with just 1:38 remaining before intermission, the Locos took possession at the Tigers 36 yard marker. That time was more than enough for Snyder. The quarterback put the team on his back. After a pass attempt to Caudill sailed high, Snyder ran the ball for one yard, and then added 12 more yards. With the ball now resting at the Liberty 23, the quarterback finished the drive by scampering the remaining yardage to move the home team within striking distance once again trailing just 20-18. After a delay penalty, Snyder connected with Caudill, but the senior was tossed to the turf short of the end zone on the PAT try.

With just 1:02 left on the clock, the Locos kickoff by Caudill sailed out of bounds. However, in an apparent attempt to get better field possession Liberty Center decided to have the ball re-kicked. However, that decision failed miserably when Caudill popped the kick over the heads of the front line of the return team. Tejkl ran up on the ball, but promptly dropped the leather on the turf only to cover it himself at the Tigers 28 yard line. Deep in their territory it appeared Liberty Center was satisfied with a two point lead going into the locker room as Sexton got the call for the 17th time of the half. This time the tailback laid the ball on the field early in the rushing attempt. After a mad scramble the official signaled the ball belonged to the home team at the LC 31 yard marker with 50 ticks left on the scoreboard.

Snyder fired high in the direction of Caudill on first down. The next snap Snyder briefly fumbled the ball, only to recover it and scamper 12 yards. With another first down on the Liberty Center 19 yard line, Snyder sent a pass in the direction of Keaton Byers. The receiver appeared to be hit early, but no yellow hanky found its way out of a pocket. Snyder called his own number on second down, but lost one yard. After a timeout, Snyder connected with Alex Zuver for 12 yards. With still 8 yards to go, and just 17 seconds left, Royer got the call and made his way to pay dirt with a mere 8 seconds left in the half. Caudill’s kick was true this time and both teams headed to the locker room with Montpelier on top 25-20.
The momentum gained at the end of the first half carried over to begin the third quarter for the Locos. Liberty Center began the second half with the ball on their 41 yard line. After three short runs, the Tigers punted the ball back to Montpelier.

Following the downed punt, with the ball on their 13 yard line, Royer gained 5 yards on first down. However, the tide took a quick turn in the other direction when Snyder had the ball ripped from his hands after gaining another 5 yards.
The opportunistic Tigers covered the ball at the Montpelier 26 yard line. In just two plays Liberty Center added six points. The PAT run was no good, but in just a little over 3 minutes into the third quarter the Tigers were back on top by one 26-25.

After McCord covered an onside kick at the Montpelier 44 yard line, the Loco offense rolled back onto the field looking to answer the LC score. A first down pass from Snyder intended for Byers fell incomplete. However, Snyder gained nine, and then Birdsall moved the pile for six hard yards and a first down at the Liberty 40 yard line. Zuver was the recipient of a strike from Snyder, this time good for a gain of 22 yards. Birdsall added seven more moving the ball to the LC 11. Snyder connected with Caudill, this time good for six yards. With first and goal to go at the Tigers five yard line, Snyder called his number and picked up two more. Birdsall got the next carry and burst into the end zone for his second touchdown of the night putting Montpelier back in the driver’s seat 31-26. Snyder added two more to the total when he ran through the heart of the LC defense for the PAT. With 6:15 to go in the third period, the Locos pushed the lead to 33-26.

Not to be outdone, starting on their 41 yard line, the Tigers took back to the offensive. Liberty Center covered the 59 yards in 15 plays and just less than six minutes. The drive was capped off by a 2 yard run by Jordan Smith. The Loco defense held tough on the PAT attempt to maintain a 33-32 lead with 18 seconds left in the third stanza.

The fourth quarter began with both defenses stiffening up. Both offenses went three and out to move the clock down to 9:40 left in the game. That’s when the Montpelier offense took over once again, this time at the Tigers 40 yard line. The backfield trio of Royer, Snyder, and Birdsall each took turns toting the pigskin to move the ball to the LC 8 yard line. After the five runs, and a Loco time out, Snyder went to the air this time. What he found was a wide open McCord who pulled down a one-handed grab for six more points. Caudill split the uprights for the second time on the night to push the Loco advantage to 40-32 with 7:02 left in the contest.

Not wanting to make the already long bus ride home any longer by losing, the Liberty Center offense came out inspired with the ball on their 28 yard line. Six straight runs by Zack Carpenter moved the chains twice, and the ball down to the Montpelier 43 yard line. Facing fourth and seven, Hinton fired a low strike in the direction of Tejkl. Just as it appeared the drive would continue, the ball squirted out of Tejkl’s hands to the ground seemingly ending the hopes of the Tigers for a comeback.

Montpelier took over at their 43 yard line with 3:25 left in the game and was able to grind all but five seconds off the clock on their final drive. As was the case all night, the “Big Three” ground out a first down and much of the clock. Snyder sealed the fate of the Tigers when his punt rolled dead at the visitor’s 10 yard line, along with the Liberty Center hopes of a win.

Liberty Center had time for one more play. After a pass from Tejkl to Hinton, then about six other laterals, the clock registered zero, and the Locos hung on for a hard fought 40-32 victory.

Montpelier Quarterback Dylan Snyder did a masterful job running the Loco offense. He was the leading rusher with 107 yards on 15 carries. The total included the 23 yard touchdown scamper. Through the air the junior signal caller connected on 8 of 18 attempts for 103 yards and another touchdown. Birdsall rushed 12 times for 90 yards, adding two touchdowns, while Royer also added a pair of scores while gaining 38 yards on 15 tries.

Alex Zuver was the leading receiver for the Locos hauling in 3 tosses for 61 yards, with Caudill also snaring three aerials for 17 yards. Nate McCord grabbed two passes for 25 yards, including the one-handed fourth quarter grab good for a 9 yard touchdown; the score that put the game away for the home team.

The Locomotives, who improve to 2-1 on the season, look to move to 2-0 in the NWOAL when they make the long bus ride to Hamler to take on a hungry band of Patriots from Patrick Henry on September 19. The task at hand is a difficult one however as the Locos have not tasted victory over the Pats since the mid 1990’s. Kickoff is scheduled for 7:00 pm.