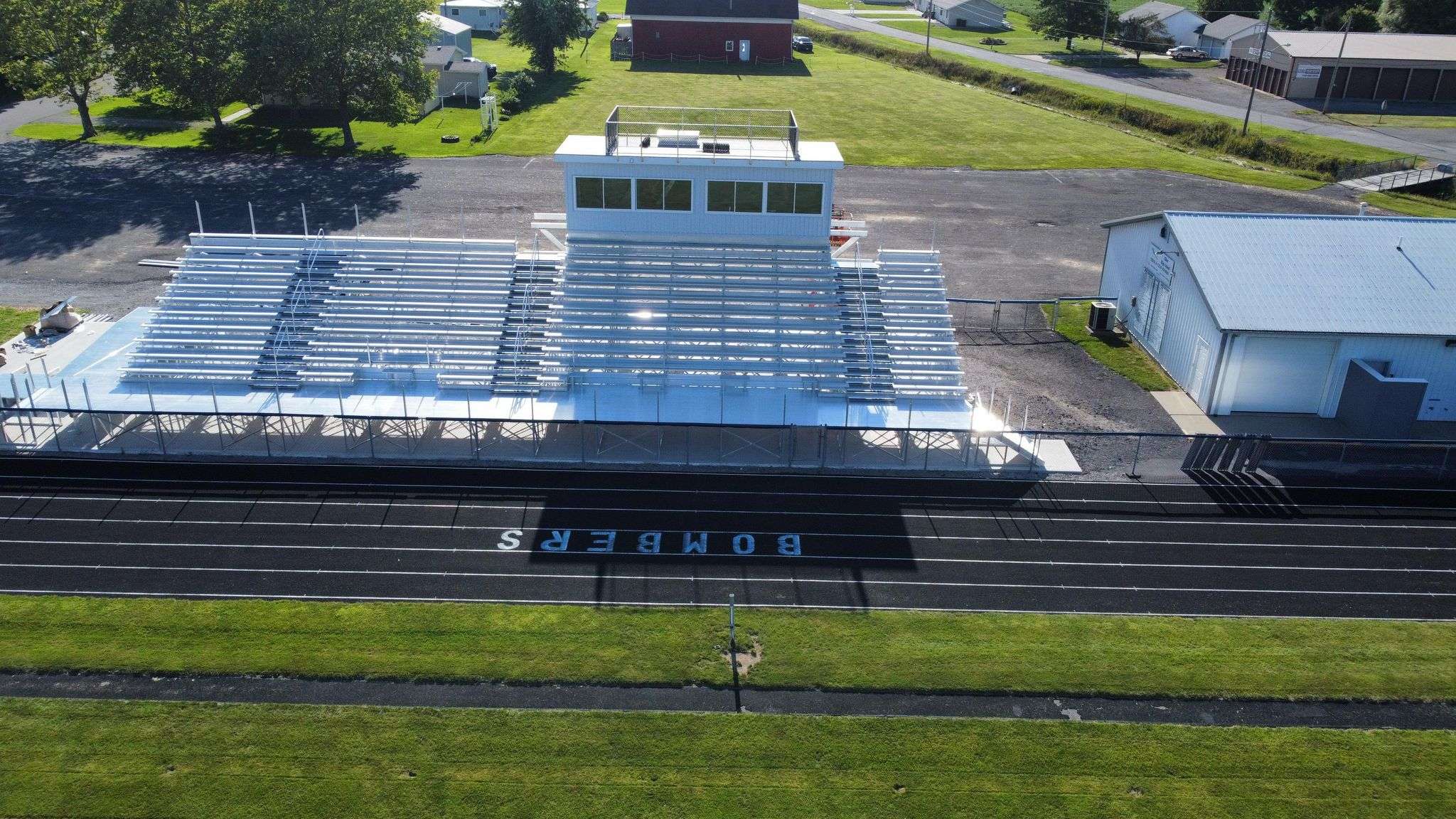 When Edon opens its season against non-league rival Edgerton, it will do so with a brand-new press box and home bleachers. Both the bleachers and press box projects were completed just in time, with both getting completed on Friday, August 12.

That is one week before the season opener, of August 19th. In addition, Edon Superintendent Anthony Stevens stated that the new press box is significantly larger than the previous one.

Before the projects could be completed, the previous bleachers and press box were totally removed.

Both the brand-new bleachers started to be installed at the end of July and that project was completed this past week.

Once most of the bleachers had been installed, work on installing the new press box began at the beginning of August. Electrical wiring then had to be installed in the press box.

Everything will be checked over at the beginning of this week, to ensure that everything is ready to go by Friday’s season and home opener.

The completion of these two projects comes after Edon’s most successful season ever. The Bombers won their first ever league title and went further than ever before in the postseason, getting to the third round of the Division VII state playoffs, before falling to Lima Central Catholic. Edon finished the year with its best record ever at 11-2 overall.

Edon will have more home games than usual this season, with six.