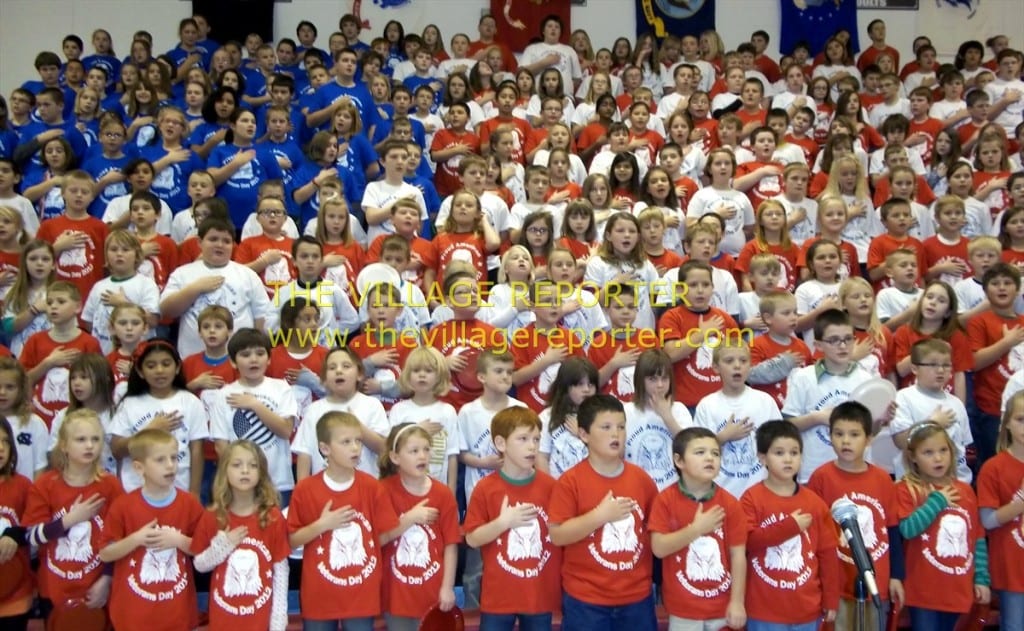 North Central School’s first through sixth graders and the high school chorus gave three cheers for the red, white, and blue in their annual Veteran’s Day Program on November 12.  Under the direction of music instructors Joe House and Jason Luthy, himself a veteran of the Army, the students sang a medley of patriotic sounds to the delight of their audience.

Students were decked out in t-shirts in reds, whites, and blues, and were seated in order to resemble the American flag. A color guard was presented by the American Legion Post 307/VFW Post 8628, and the Pledge of Allegiance was led by student Izayuh Littin. Students opened with “The Star Spangled Banner” and gave rousing performances throughout the program. The youngsters took a short rest as the high school chorus sang “An American Celebration.”

A particularly touching point in the program was when the students sang an armed forces medley, and as their respective songs were song, members from the Army, the Navy, the Marines, the Coast Guard, and the Air Force stood up as the audience applauded.

The youth ended their program with a rendition of “America, My Home,” a home that is made possible by our veterans of the past and present. North Central students certainly showed their thankfulness and respect in their patriotic program.