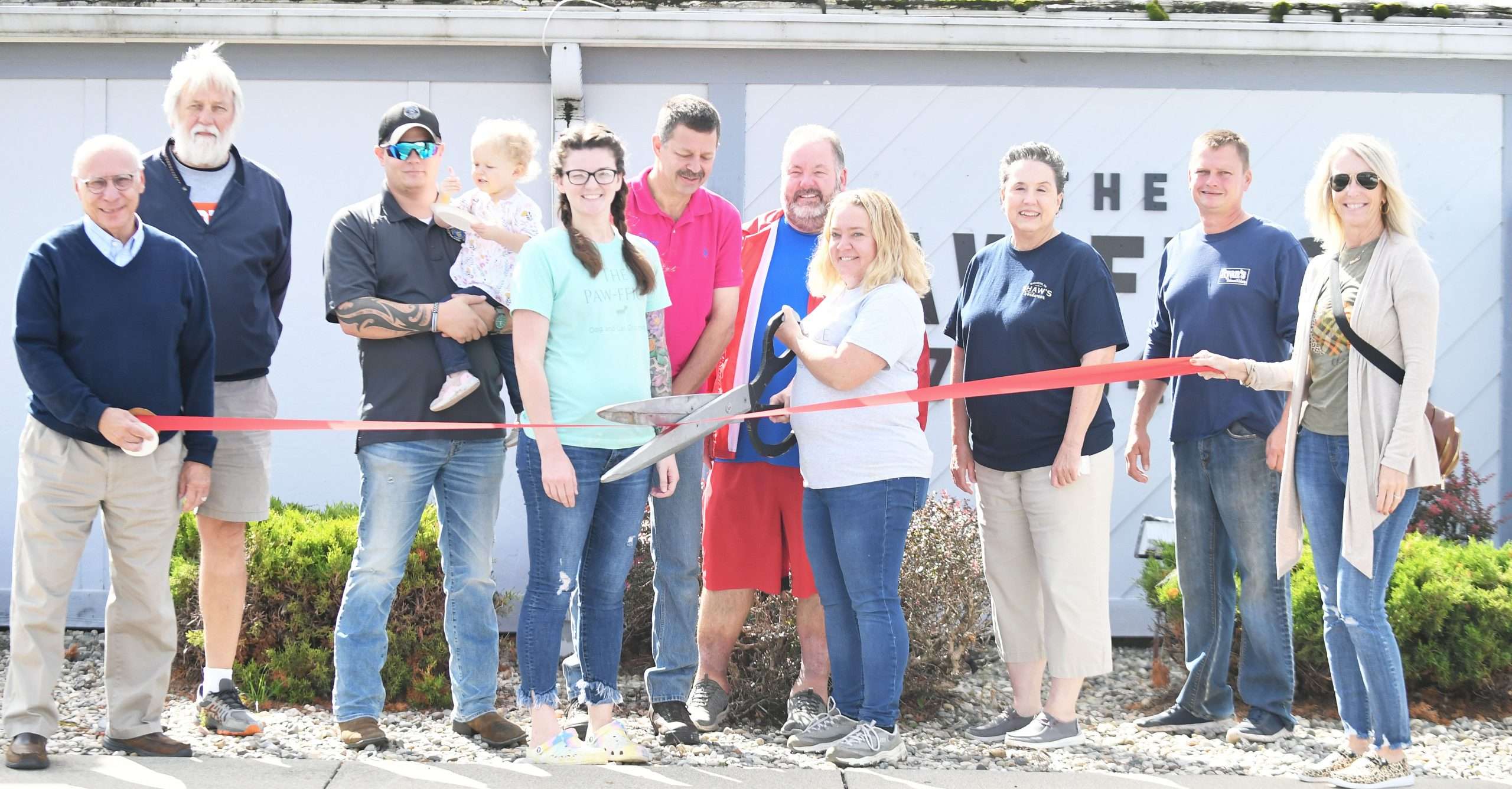 A ribbon cutting ceremony was held for The Paw-ffice on Thursday, September 29, 2022, at noon. Now located at 1075 N. Shoop Avenue Suite 5 in Wauseon, the Paw-ffice is accepting new clients.

Owned by Amber Frank and Anna Howard, the pet salon consists of three total groomers, including the two owners and Steven Pope.

Both Amber and Anna previously worked for Wildflower Kennels before The Paw-ffice officially began renting their space which was on August first.

Howard shared, “We are just really excited to be joining the community.”

Groomer Steven Pope’s wife, Susan Pope, attended the ceremony and stated, “Everyone is welcome here, it’s very laid back and I think that everyone feels like they can come in here and when they walk out feel welcome here.’

“Its right in the middle of Wauseon and it’s nice seeing a big community.”

They offer pet grooming by highly trained and experienced animal lovers, who genuinely want the best for your pet.

Not only is it for dogs and cats, but The Paw-ffice has been known to groom other animals such as rabbits.

As a full-service grooming salon, they’re services include the bathing, nail trimming, haircuts, brush outs, and de-sheds. Unlike most pet salons, the Paw-ffice offers dog massages.

Owner Frank has been a licensed dog masseuse for twelve years. Dog massages are important for stress, anxiety and health concerns such as a bad hip or arthritis.

The staff asks that you call ahead to ensure a massage is right for your dog.