Pettisville Lady Blackbirds Swarm The Reservation To Take Out Fairview 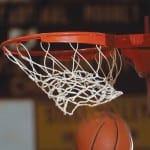 SHERWOOD – After their December 21 game against the Pettisville Lady Blackbirds, the Fairview Lady Apaches may have felt like they were stuck in an appropriately titled Alfred Hitchcock film. The Ladybirds were nightmares on both sides of the court, defensively forcing 18 turnovers and offensively running away with a 59-30 win.

Pettisville ran out to an early 10 point lead and never looked back. When Fairview was able to get a shot off against the Ladybird defense, it only connected 27 percent of the time. “We played well defensively tonight, and were very balanced on the offensive end as well,” said Pettisville Coach Jason Waldvogel.
Dana Fricke continued to emerge as a dominant factor in the 5-3 Pettisville offensive scheme, posting a game-high 20 points, while Lauren Hostetler had 18 points and Mikala Avina 10. Patrice Smith put in 4 points off the bench, with Audra Klopfenstein adding 3 points, and Hannah Meller and Jordyn Pursel each getting 2 points.