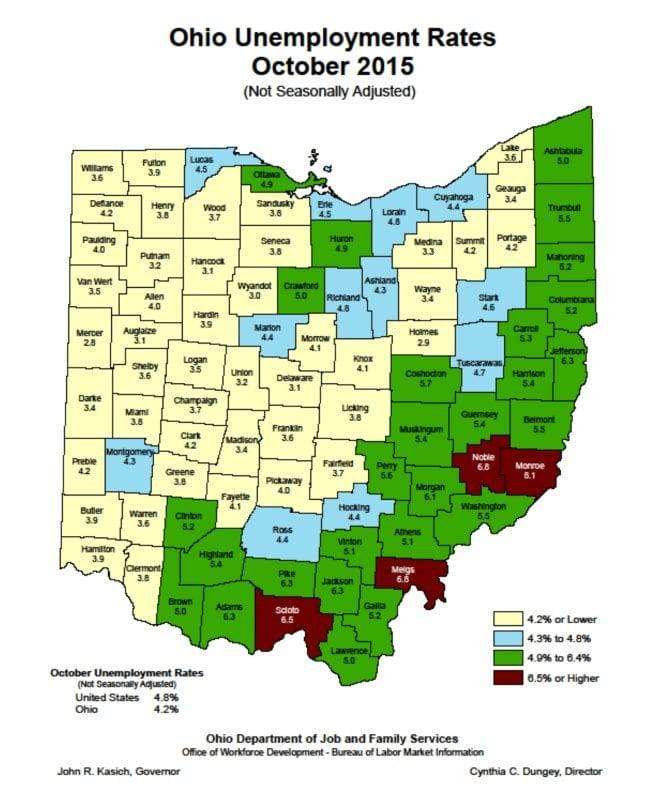 Data released by Ohio’s Job and Family Services on November 20 and November 24 shows unemployment as remaining relatively steady at the state level, as well as for both Williams and Fulton counties.

The national unemployment rate dropped from 5.1% to 5.0% between September and October and is down from 5.2% one year ago.

Ohioans wishing to learn more about unemployment benefits or who are in search of a job can visit www.ohiomeansjobs.com. The information in this article and the monthly statistical analysis it is based upon are also available at http://jfs.ohio.gov/ocomm