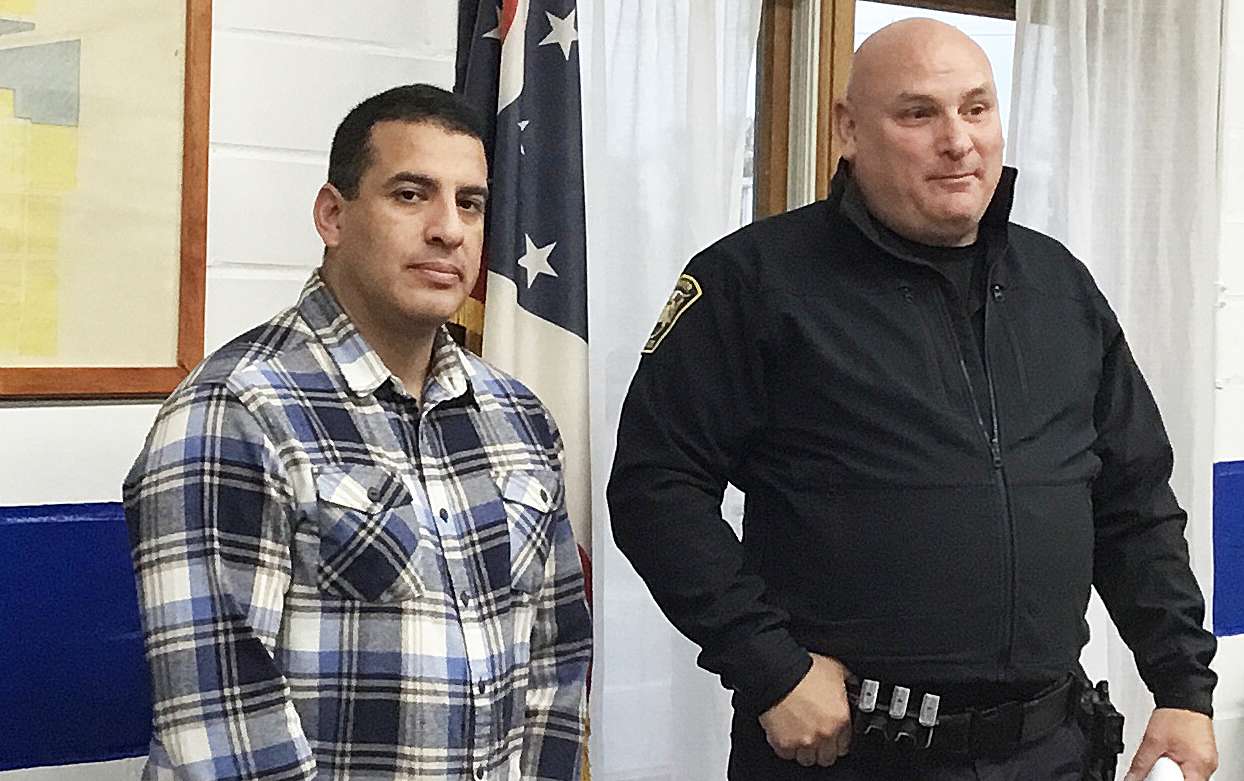 OPPORTUNITY ARISES … Steve Mendez, who moved up through the ranks over his twenty-one years on the PD to leave as sergeant, is now on patrol with Toledo Metroparks. He hopes in the future to have leadership opportunities and this change will help him learn a different perspective. He is seen here at the Stryker Village Council meeting on October 24, 2022 as his favorite chief, Steve Schlosser, explained to council why Mendez was leaving. (PHOTO BY REBECCA MILLER, STAFF)

Sergeant Steve Mendez, who spent twenty-one years with the Stryker Police Department, has taken a position with Toledo Metroparks.

Mendez shared in an interview that his favorite years in Stryker PD were spent with present chief, Steve Schlosser, who became Stryker Police Chief in October 2010.