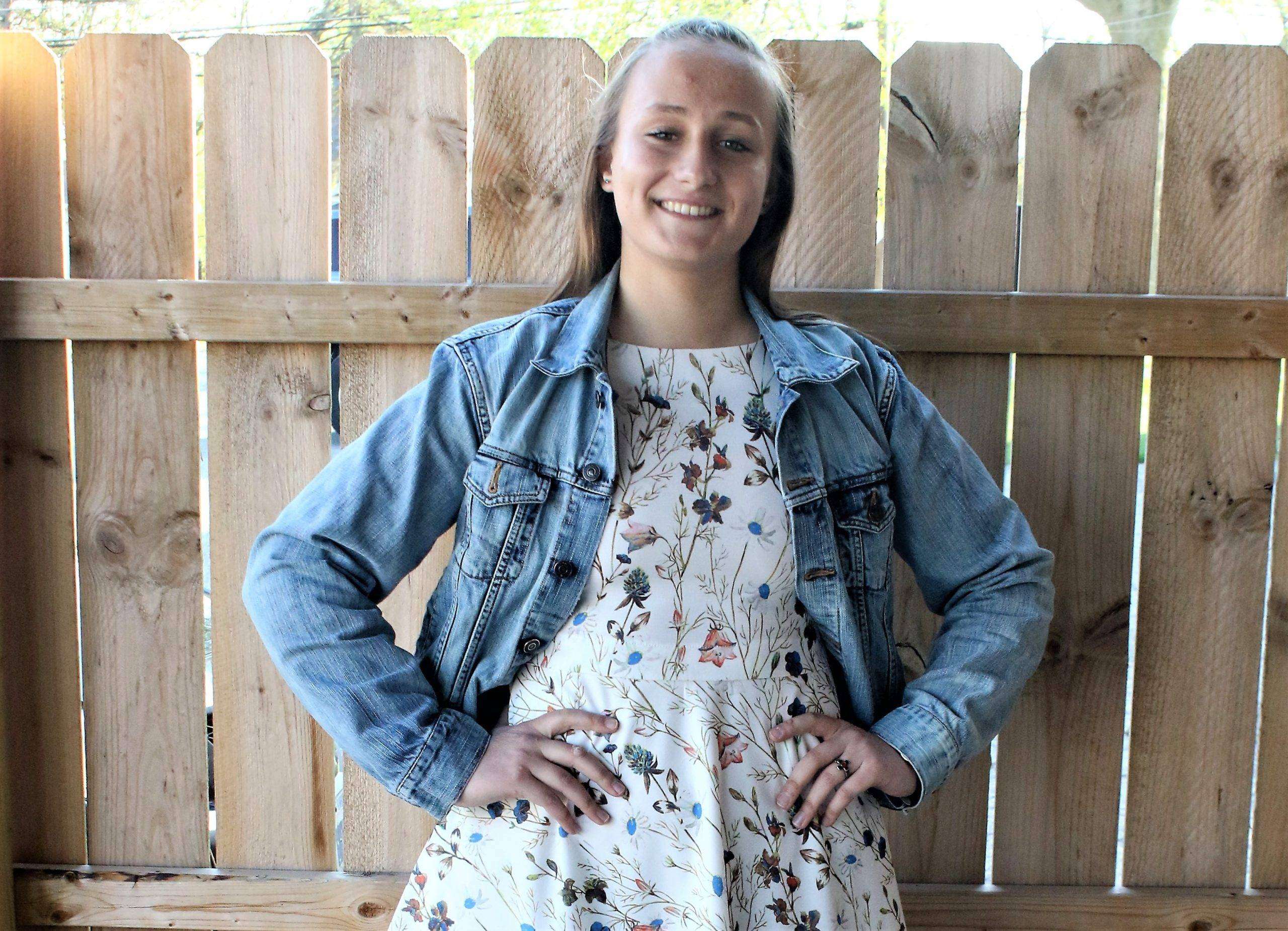 Her name is Anastasiya Kravchenko, which may sound like a character in a Leo Tolstoy novel, but she is actually a student at Swanton High School, a foreign exchange student to be precise. Anastasiya is from Ukraine, a country that gained its independence in 1991 after the collapse of the Soviet Union.

Her home town is Mykolaiv, a city of approximately 500,000 people located in southern Ukraine, close to the Black Sea, and well known for its ship building industry which began in the 16th century. She lives in an apartment with her mother, a cardiologist and her father, a surgeon.

For Anastasiya, voluntarily changing schools before the start of her senior year was not an easy decision. Choosing to leave her home, her family and friends, her city and even her country to do so made that decision all the more harder and took a lot of courage as well. And coming to the United States for her final year of high school took more than just filling out an application.

Anastasiya had to advance through three levels of rigorous testing administered by the International Student Exchange Program (ASSE) and Future Leaders Exchange Program (FLEX) and was awarded a scholarship that funded her travel expenses and well as a monthly stipend of 125 American dollars or 3272 Ukrainian hryvnias.

The programs send students only to America and they assign the student to the state and the school. Fortunately, these students are taught English beginning in kindergarten and speak it very well when they come over.

While in the United States she was required to work on projects and presentations, complete 50 hours of community service, maintain good grades at her host school and keep up with her studies at her school back home, an arduous task that left very little time for much else.

While here she lived in Monclova with her host parent Kristen Watkins who provided Anastasiya with food, transportation, guidance and sound parental advice as needed. “One of the stipulations of the scholarship is to learn about American culture and democracy and take them back to their country and teach others how we do things,” explained Ms. Watkins.

Graduation for Swanton High School is June 3rd and when Anastasiya returns home, she will be graduating for the second time on June 23rd. As is their custom in Ukraine, the “diploma ceremony” will be followed by the prom later in the evening.

At Swanton she was able to find the time to compete on the track team which is not something that would have been available in Ukraine where sports are not included in their extra-curricular activities. Being on the track team also proved to be a good physical outlet for the academic stress Anastasiya was under and helped with the affects from her love of Little Debbie’s Cakes she quickly developed when she arrived.

Learning and adapting to life in America was like drinking water from a fire hose. Of course, she had to have American football explained to her. With soccer being her main frame of reference, she could not understand why everyone would suddenly stop running and then line up and start running again. She also wondered what the shouting was about coming from some girls (cheerleaders) standing in front of the crowd.

A lot of her belief of what America is all about came from American movies which can be extremely misleading, however, she will have learned a great deal about this country before her nine-month educational visit ends.

Ms. Kravchenko did confess her struggles with an American History class. “I’m dying in there,” she said. “I don’t understand the Electoral College at all.” A lot of Americans would definitely say the same thing.

In a few weeks Anastasiya will make the 5000-mile trip back to Ukraine to finish her home high school career and prepare for college entrance exams. Like her parents, she is considering a career in medicine but she also has a strong interest in becoming an interpreter and would like to learn French and German.

In her region of Ukraine, Russian is the dominant language so being fluent in both English and Russian could afford her many job opportunities and a chance to travel, which she really wants to do.

Anastasiya realizes what a great opportunity she was given by spending so much time in America and has obviously enjoyed her time here. She plans on making a life for herself in her native Ukraine and her experience in America will have an impact on the shape of that life.