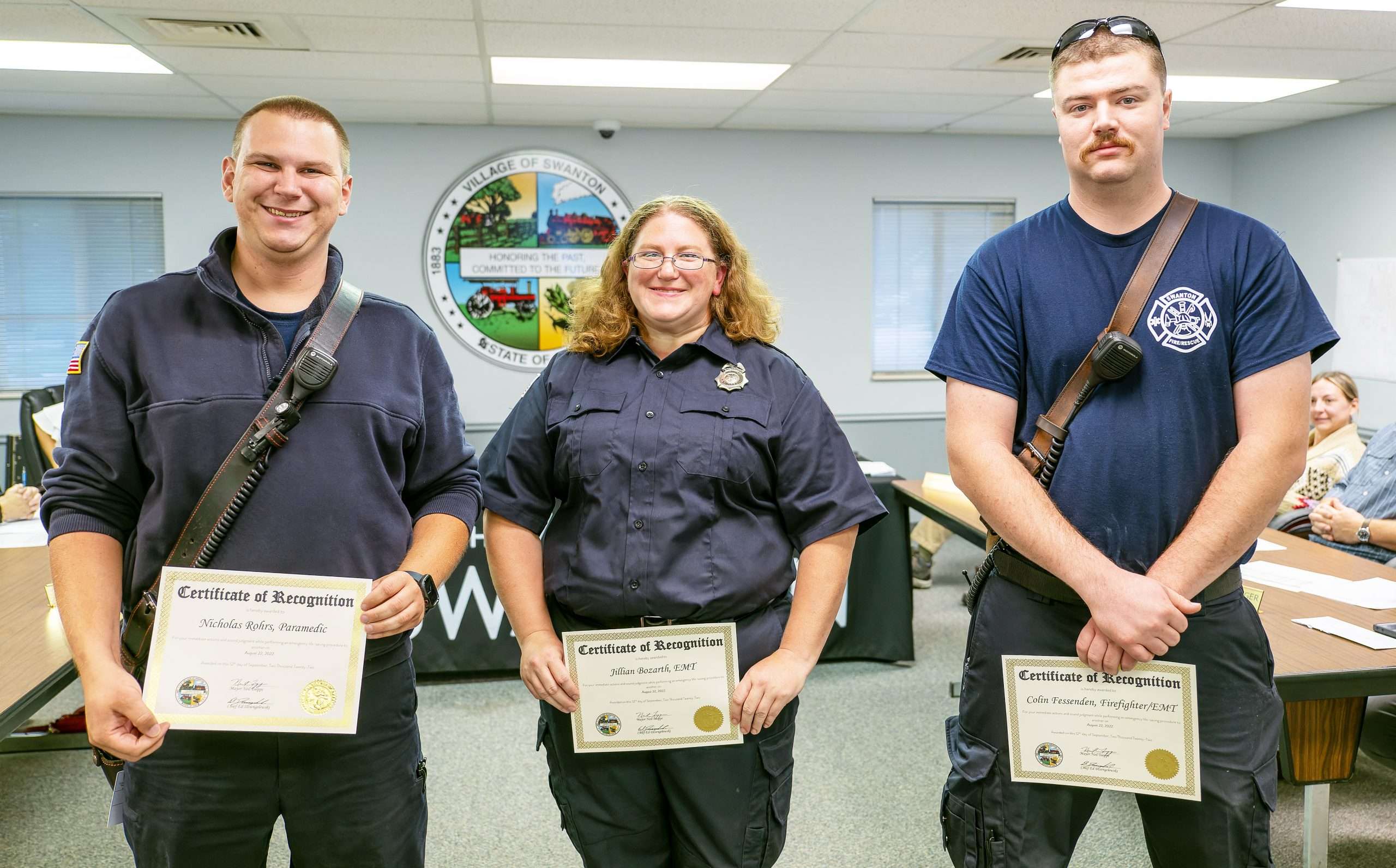 The Swanton Village Council held their meeting on Monday, September 13th. The meeting began at 7:00 p.m. with the mayor reading aloud the live streaming policy.

Next, everyone stood for a prayer and the Pledge of Allegiance. Approval of the current agenda then took place as well as the previous meetings minutes before a finance report was given from Mr. Vasko.

Updates were given for several financial items including the capital budget, CIP plan and the upcoming budget draft.

Several drafts will take place in between now and the final draft which is expected to be completed in October.

Moving to old business, council moved to approve the Third Reading of an Ordinance to amend Chapter 33, other department boards and commission of the Codified Ordinance of Swanton Ohio and Chapter 33.078 Economic Development Corporation.

Under new business, the August financial statements were approved as presented before council moved to approve the following resolution under emergency provisions.

A resolution for the Village Administrator to submit a grant request to the ODNR for Urban Canopy Restoration.

A second resolution to clarify street, road, or avenue names within the Village of Swanton was also approved next under emergency provisions.

The mayor then read two proclamations. The first was for the 100th birthday of resident Billy R. Chinnis. Mr. Chinnis was born in Holland, Ohio on September 19th, 1922.

He joined the Navy in 1942 and spent most of his career at sea. He went on to serve during WWII, the Korean War, and the Vietnam War. He was able to tour many countries and serve on vessels such as the USS Toledo and the USS Oklahoma City.

Mr. Chinnis and his wife, who served as a U.S. Marine, moved to Swanton in 1986 where they still reside. Part of the proclamation reads, “on behalf of Village Council and the people of the Village of Swanton, I, Neil Toeppe, Mayor of Swanton do herby honor Mr. Billy Chinnis for his exemplary life well lived and wish him many more.”

“I urge all the people of Swanton to be aware of their surroundings, look for available ways out in the event of a fire or other emergency and to respond when the smoke alarm sounds by exiting the building immediately.”

Council next moved to set the date of Trick-or-Treat in the village for October 29th from 6:00 p.m. to 7:30 p.m. An update was then given regarding facility rentals with a recommendation being made to remove the audio and visual equipment during rentals.

Next, the Mayor moved to give special recognition to Paramedic Nicholas Rohrs, Firefighter/EMT Colin Fessenden, and EMT Jillian Bozarth.

The recognition was given for their efforts on August 22nd, 2022. On that day, the team responded to a full arrest where the patient was reported as being clinically dead on arrival.

The three were able to achieve a return of spontaneous circulation on scene and again on-route to the hospital.

The patient was delivered to St. Lukes with a pulse and able to breathe on their own. “The Village of Swanton recognizes these men and woman for their immediate actions and sound judgement while performing an emergency life-saving procedure to another,” the recognition reads.

The mayor also stated that on Sunday, two more Firefighter/EMT’s completed their training to become paramedics.

Now the village has five medics available at the department. The mayors report followed next.

Numerous meetings have taken place over the course of the past couple weeks as the mayor continues to hold regular meetings with staff.

A function at Foertmeyer and Sons was attended and a function at the American Legion was discussed. The village administrator’s report then followed.

The administrator stated that during the last two weeks, she has been working on leadership training.

It was also stated that the DORA plans have been getting worked on with Police Chief Berg and that everything should be getting submitted to the solicitor this week before getting sent to the State.

The repainting of the caboose at Pilliod Park was discussed next along with design plans for the water tower painting. It was stated that, more than likely, the color scheme will look like the new brush truck at the fire department.

Work has been getting done regarding the address changes, the zoning permit maps, and google maps.

It was stated that issues have been reported regarding deliveries due to the changes and that work is being done to fix that.

Moving to the personnel report, three new hires for the fire department were approved along with the appointment of councilwoman Disbrow to the Planning Commission after the resignation of councilwoman Westhoven from the Commission. Council next entered into executive session at 7:31 p.m. to discuss personnel.

Council returned from executive session at 8:57 p.m. with the following motion put forward.

The rest of the village employees in Swanton will receive a 12% increase taking place at the next pay period.

Council then voted to approve the motion. With no other matters being discussed, council moved to adjourn the meeting at 9:00 p.m.