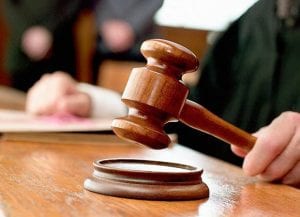 A Wauseon man was sentenced on May 16th, 2017 in the Fulton County Common Pleas Court according to county prosecutor Scott A. Haselman.  David Mattin, 36, of 242 S. Shoop Ave., previously pleaded guilty to Domestic Violence.  On October 30, 2016 he caused physical harm to a family or household member.