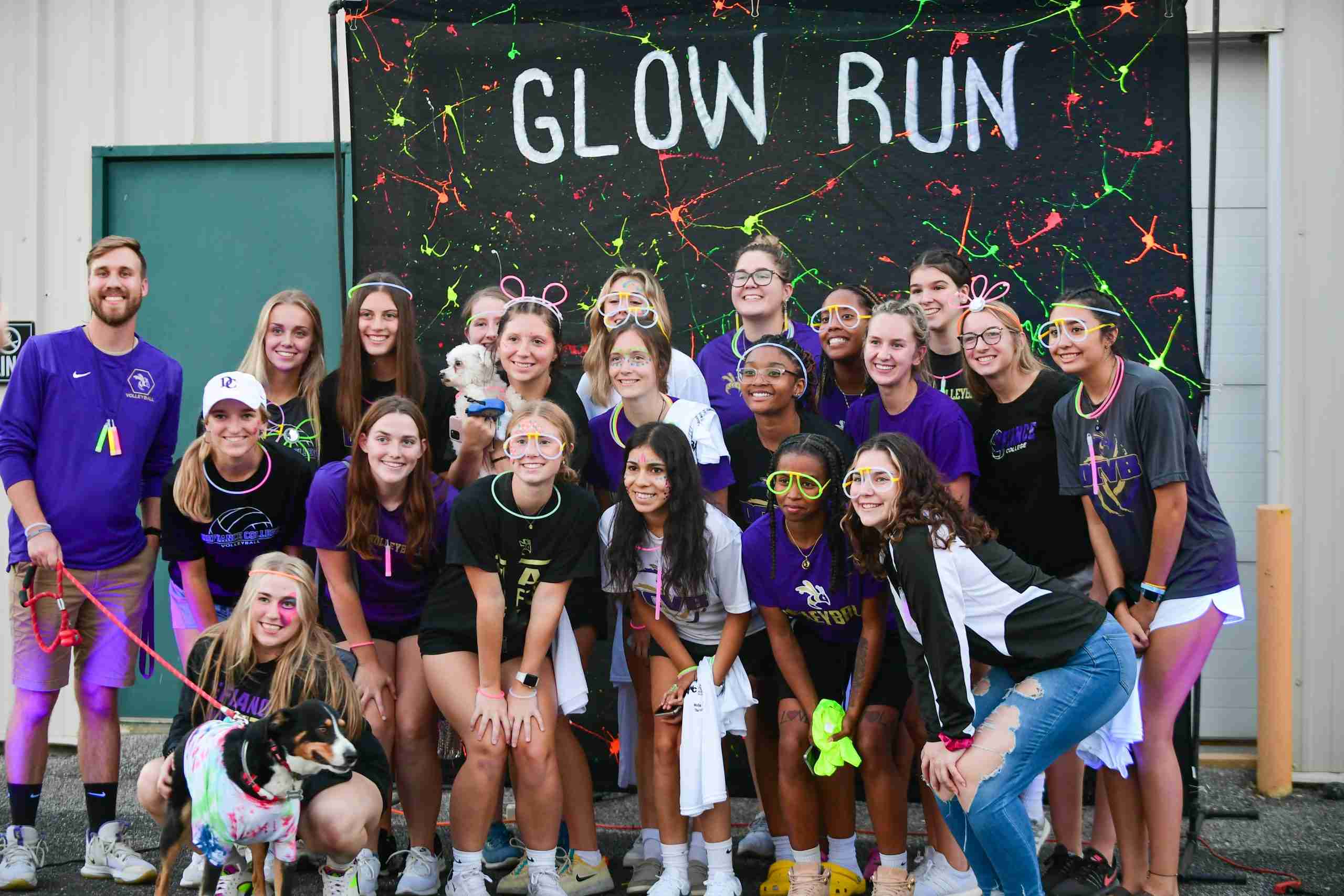 GLOW RUN … The Defiance College Volleyball team came out to the fair grounds to cheer on runners, and help mark the trail with large glow sticks. (PHOTOS BY LINDSAY PHILLIPS)

The organization provides life improvements to those in need through raising money for local organizations that directly impact the building blocks needed of friends, families, coworkers and neighbors.

All proceeds from the event benefited the Let Me Play Fund, a program created to provide the necessary means for any child to play a sport.

Those in need of this program can fill out an application online, or in person at the Bryan YMCA.

The entry fee for the race was ten dollars for those under twelve, and fifteen for those over twelve. Yellow and white t-shirts were guaranteed to all who registered before July 25.

Beginning at 7:00 p.m. the Gillette Building at the fairgrounds, were multiple kids’ games. After completing a game, kids were given tickets, which they could later use to cash in for prizes.

The games were open until 8:30, when the kids fun run was about to begin. Slushee’s from the Kona Ice truck were also available.

The fun run took place on the track around the fairgrounds, and was completed by 9:00 p.m.

Following the fun run, was the glow run 5k, and the glow walk, which was only one mile. Participants followed a path lit by volunteers with glow sticks and had the opportunity to run over under the Williams County Fairgrounds Covered bridge, which had different colored lights that followed through the bridge.

As runners and walkers crossed underneath the balloon arch, they were cheered on by the Defiance College Volleyball team. Water and snacks were provided following the race.