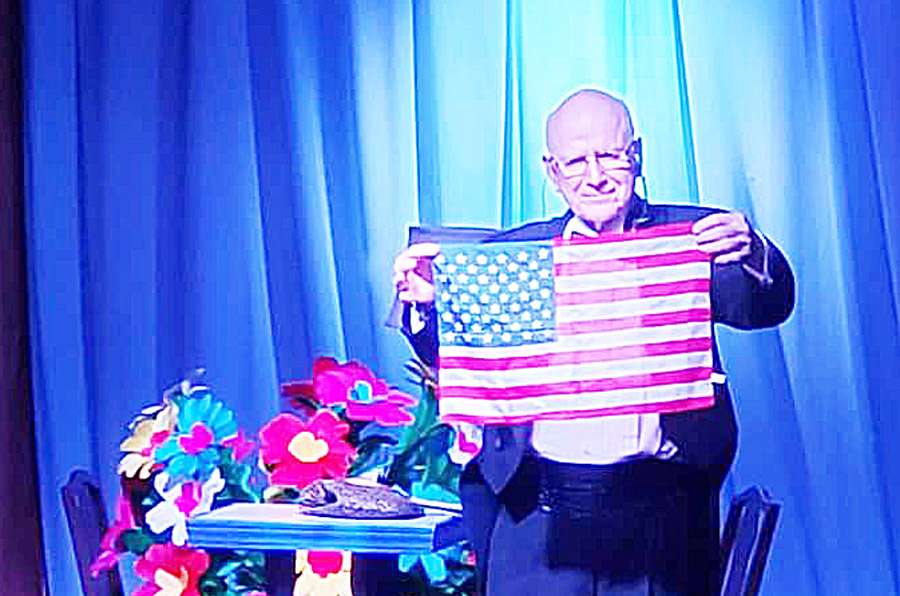 MAGIC … Dr. Kenneth Ladd is happy to provide young ones a chance to experience different kinds of fun through magic with his annual magic camp. Magic Camp for advanced students will take place August 11. (PHOTO PROVIDED)

This year the camp held two sessions, with the second taking place August 11. Camp began on July 14 at 9:00 a.m.

Registration was offered at a discount price of five dollars off if bought before July 10, with the fee being forty dollars.

Tickets for the show were ten dollars for adults and seven for kids, the show was opened to the public in support of the campers.

Performing students came back after a break to take the stage at 7:00 p.m. where they were able to show off the tricks they had learned.

Campers were advised to bring a sack lunch, as the camp lasted past lunch until 3:00 p.m. Those who attended camp were taught many tricks involving cards, rope, money, sponge ball and prediction magic.

Along with teaching kids magic, the camp also helps teach developmental skills such as confidence, social skills and quick thinking.

This year, the camp only had one student attend, which is a handful less than last year. Dr. Kenneth Ladd shared this year’s one performance went very well.

Ladd went on to state, “the purpose of the camp is to stimulate the interest in the art of magic in kids, so they can find that there’s things they can do and have fun with, in addition to sports and that kind of stuff.”

Magic Camp is taught by Dr. Kenneth Ladd who is a retired clergy of the United Methodist Church. Ladd has a Ph.D. in clinical psychology and has worked as a part time professional magician for almost fifty years.

Although the First Magic Camp for beginners is through, the second class is still open for those interested.

The Magic Corner store is open weekdays until 5:30 and always welcoming visitors.