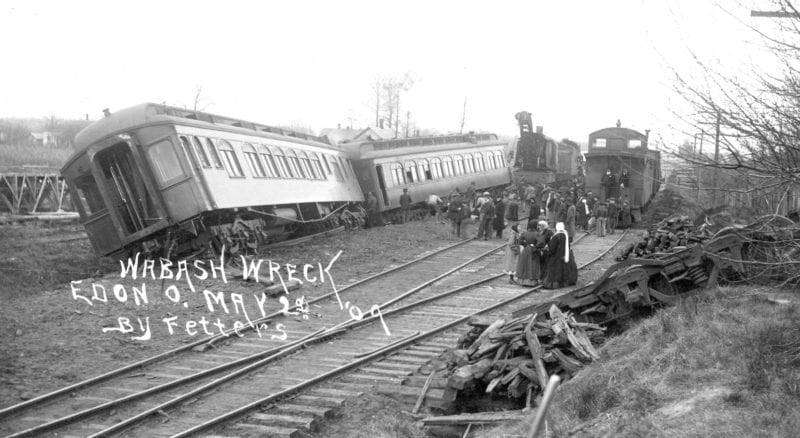 On May 2, 1909, Wabash Railroad fast train No. 6 derailed just east of the Edon depot at the south edge of town. All eight coaches were thrown from the track, with the baggage car coming to rest in a ditch. A relief train carrying doctors and nurses from Montpelier was quickly dispatched to the scene and although passengers were badly shaken, no serious injuries were reported. Passengers and baggage were loaded on the relief train and transported to Montpelier as cleanup operations began. Railroad crews laid temporary tracks so rail traffic could resume while repairs were made. This vintage photograph of Wabash crews using a car-mounted crane to clear the wreckage was taken by longtime Edon professional photographer G. H. Fetters. The image is from the Williams County Public Library’s Photographic Archives and was copied from a postcard owned by Kevin Maynard of Bowling Green.