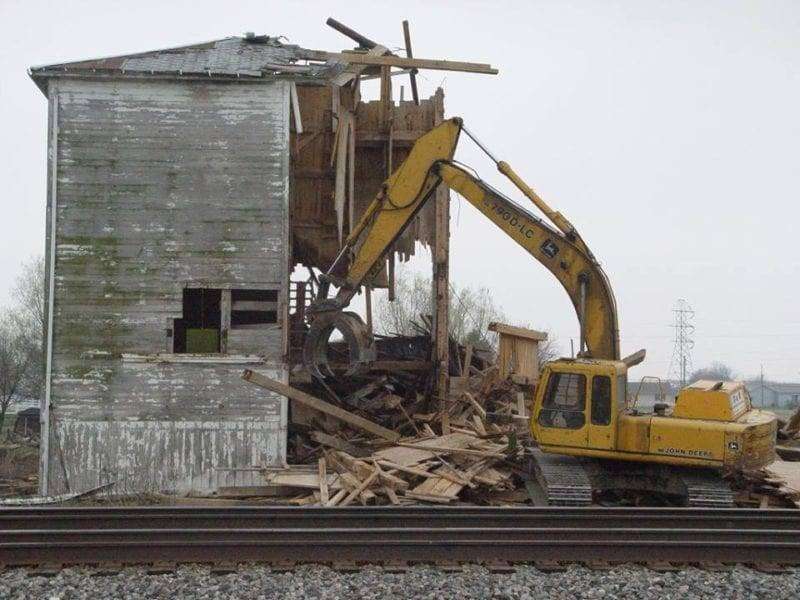 (April 7, 2005): The former Aldo Soil Service/Stryker Ag Center fertilizer storage, blending and distribution facility on the east side of Horton Street, between Curtis Street and the railroad in Stryker, was demolished. Although a number of local residents recalled the large wooden frame building being erected in the 1950s, Aldo Soil Service owner Alva J. “Curly” Schlabach said planning and construction began in 1960, and the facility was completed in the spring of 1961. Bulk fertilizer arrived via a railroad spur and was transported from rail cars by an auger under the track into the upright elevator in the center of the building. Blending equipment located in the building’s peak custom-mixed the fertilizer, which then flowed by gravity to trucks below for distribution. The facility passed through several owners before closing permanently in 1998. This April 7, 2005 photograph of the demolition of the former Aldo Soil Service/Stryker Ag Center facility is from the Village Reporter newspaper–Courtesy of the Williams County, Ohio, Local History Exchange.