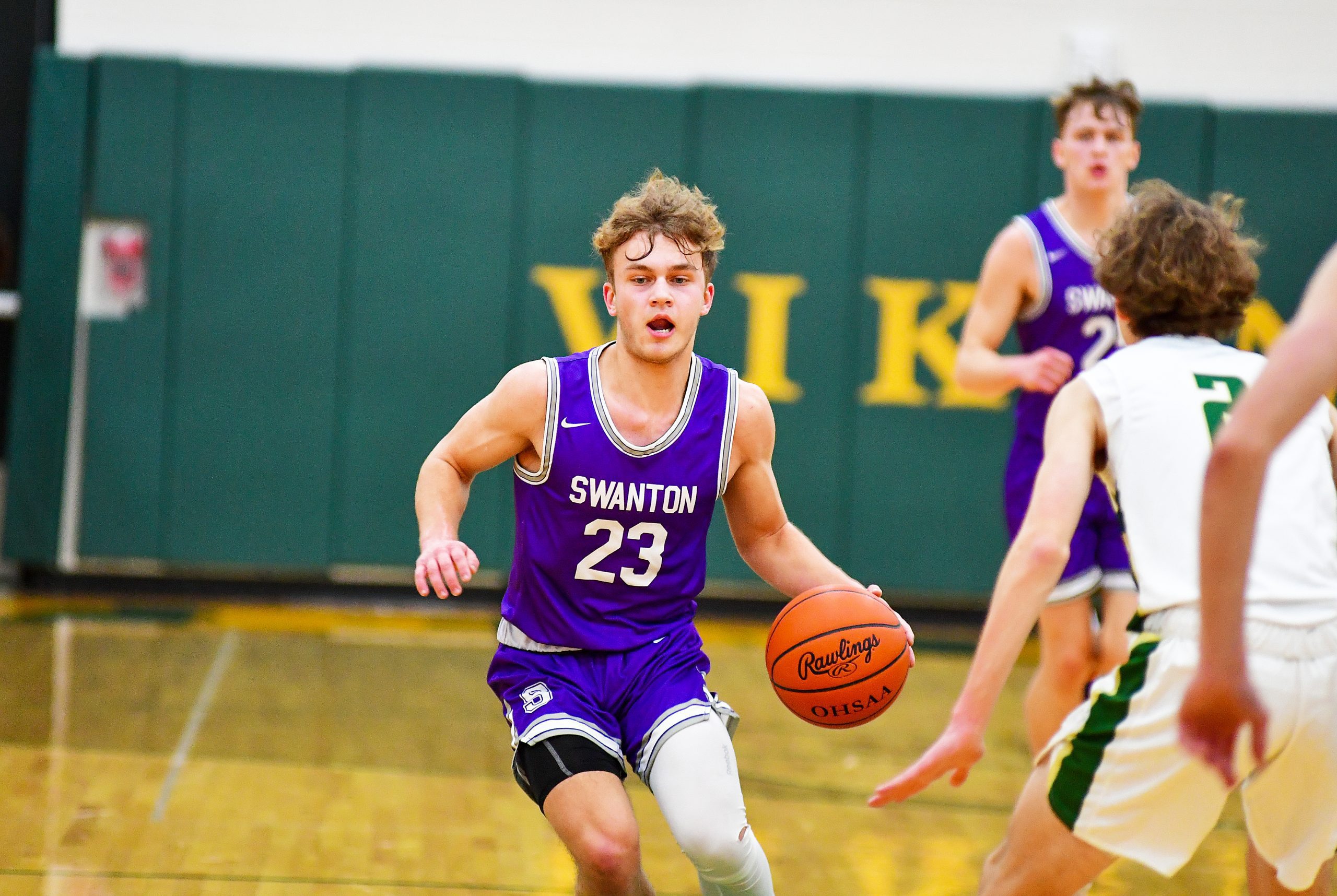 NWOAL PREVIEW …. Swanton’s Luc Borojevich works his way through traffic in a game at Evergreen. Swanton will try to repeat as league champions while trying to replace leading scorer Nic Borojevich. (PHOTO BY JACOB KESSLER, STAFF)

The NWOAL looks to be a wide-open race this year as defending league champion Swanton tries to replace three letterwinners who totaled 30 ppg between them.

Patrick Henry, who finished second in the league last year, bring back as much experience as anybody with seven returning letterwinners.