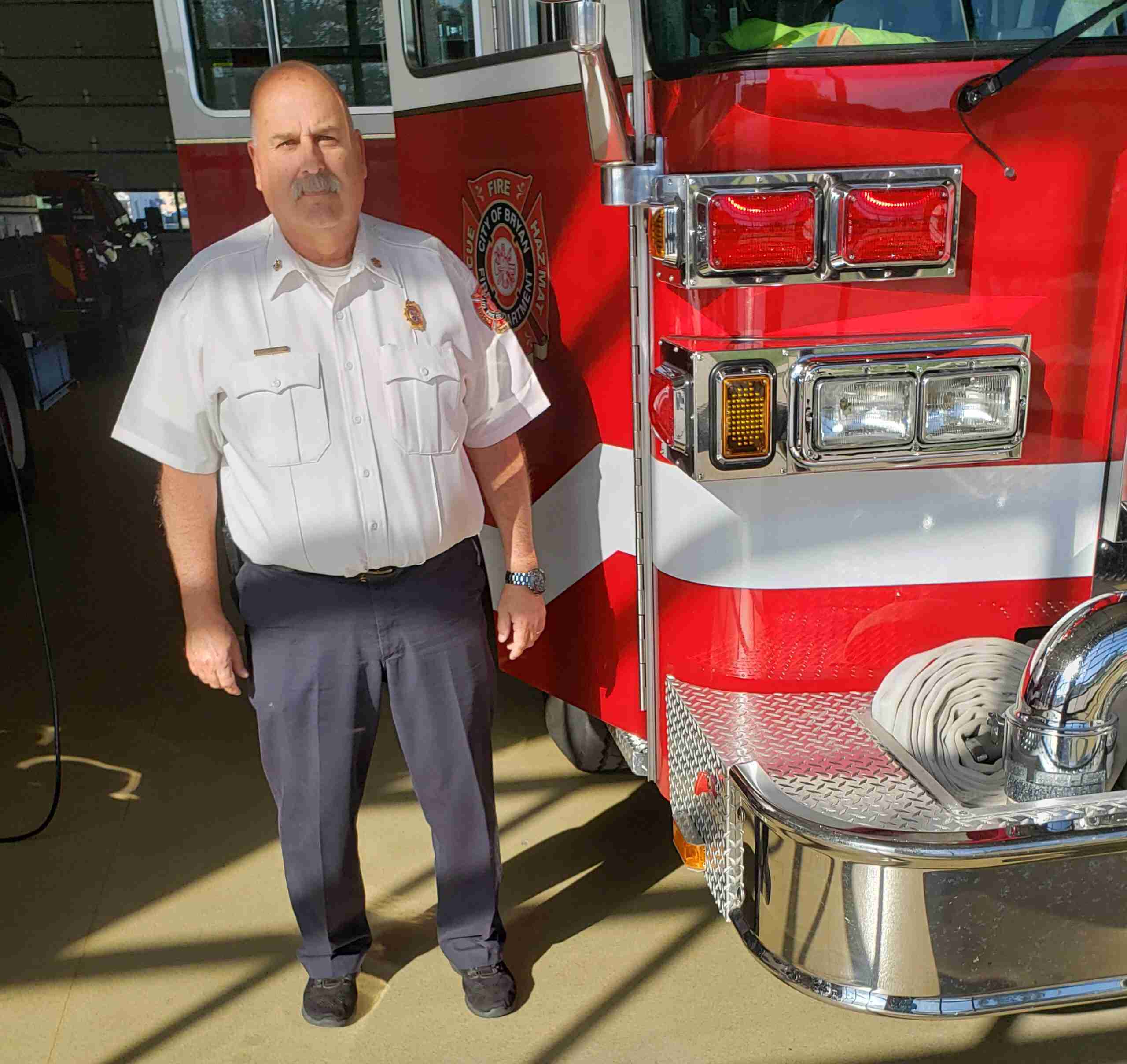 RETIREMENT … After serving on the Bryan Fire Department for the past 41 years, including the last 15 years as the Bryan Fire Chief, Bruce Siders announced he will be retiring. Siders’ last day will be December 31, 2021. (PHOTO BY DANIEL COOLEY, STAFF)

Not many get to work in their dream job. But for the past 41years, Bruce Siders has done just that. That dream job has been working in the fire department. His father had a great deal to do with that.

“My Dad was on the fire department in West Unity for a lot of years,” Siders said. “I’ve been chasing fire trucks since I was five years old. (Being a firemen) is all I’ve ever wanted to do.”

After the Siders family moved to Bryan during Bruce’s junior year of high school, he got into the field as soon as he was allowed.

“You have to be 18 before you can join the fire depPartment,” Siders said. “After graduation, (nine months later), I was hired by the fire department.” Twenty-six years later, in 2006, Siders was appointed by the Bryan mayor to become the fire chief.

“The fire chief is appointed by the mayor and referred by city council,” Siders said. “It was an honor to become fire chief, but also it was a goal that had been reached.”

Now, though, with Siders approaching the age of 60 and after serving as Bryan fire chief for the past 15 years, Siders announced that he is retiring. His last day in office will be December 31, 2021.

“There are a lot of good memories, too may to count and lI can’t think of anything about the job that I don’t like,” Siders said. “But it’s time to retire.,”

“Like any other firemen, you’re on call 24 hours a day, seven days a week,” Siders said. “I won’t miss having to get up in the middle of the night. But I’m just looking forward to just kicking back and relaxing.”

When asked if his wife was looking forward to him retiring, Siders replied, “I think so, yeah.”

Then, there’s going to be a lot more time to spend with his seven grandchildren. Siders quickly rattled off the names of them: Madison, Iestyen, Ryklee, Zachary, Heidi, Logan and Molly.

Many will be sorry to see Siders go, including Bryan city clerk-treasurer Laura Rode. She has worked with Siders all 15 years that he has been the fire chief.

“He’s a great guy and very considerate of others,” Rode said. “He has always been good about getting his budget and finances totgether on time and has been great as a department head for the other firefighters.

He was also very instrumental in getting the new fire building constructed. He was on board from the word go. He has been a good person to work with and the city is definitely going to miss him.”