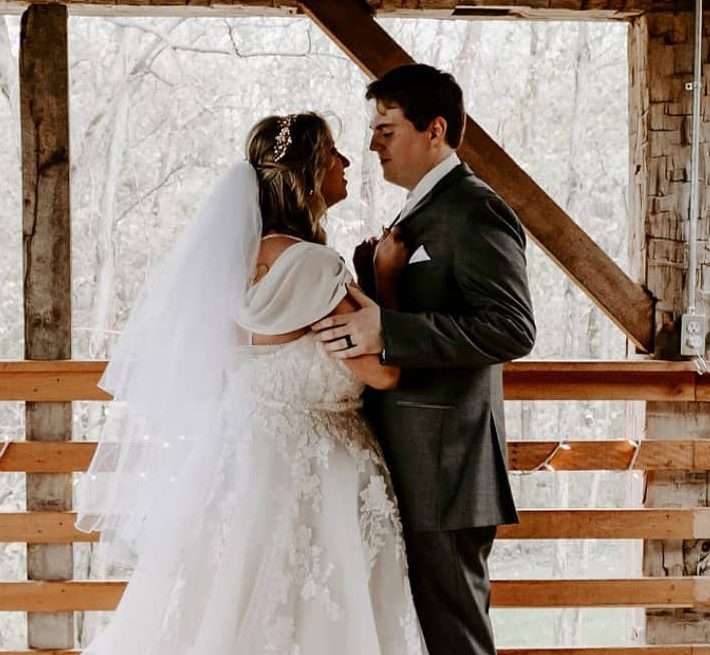 Quayde Combs and Courtney Vollmer were united in a beautiful country wedding on October 16, 2021 at Ken-Dale Farms in Edgerton, Ohio. The service was officiated by Pastor Mary Beth Smith-Gunn with a reception following.

The bride was given in marriage by her parents, David and Cheri Vollmer. Accompanying the groom were his parents, William and Ella Combs.

Also in attendance were Courtney’s grandmothers, Shirley Eibling and Barbara Vollmer. A memorial table was set up in remembrance of her grandfathers, John R. Eibling and Eugene Vollmer.

The bride and groom are 2019 graduates of Edgerton High School. They are currently residing in Sherwood, Ohio and work at Arrow Tru-Line.