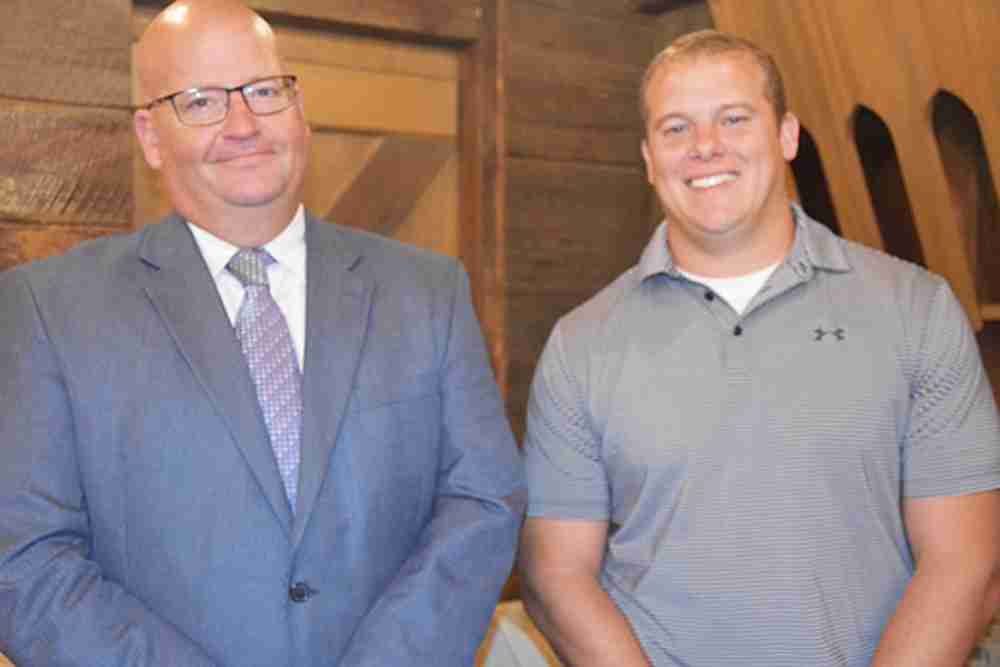 SEASON PREVIEW … Archbold coach David Dominque (right) is starting his 8th year as the team’s head coach coming off last year’s 12-1 season when the Streaks beat Wauseon, won the league title and made the play-offs.  Archbold, along with Liberty Center, are picked to be the leading contenders in the NWOAL this fall. The program was arranged by Royal Short.

Even though Liberty Center and Archbold are picked to be the teams to beat this year in the NWOAL, Coach David Dominque told Archbold Rotarians that Patrick Henry and Wauseon are always tough and he expects both of those teams to challenge the favorites for the league championship.

The coach said that the biggest change that he has noticed since he has been coaching is the emphasis in year-round weight lifting — something that Bluestreak players buy into whole-heartedly.  He noted that 85 percent of the team participated in summer work-outs this year.

The 2022 squad includes 16 returning starters.  The 63 player roster features 15 seniors, 21 juniors, 14 sophomores and 13 freshmen.  Both the offensive and defensive lines will be the team’s strength while they break in less experienced players this fall at the skill positions.

Coach Dominque noted several things about this fall’s football season. Sixteen teams will qualify for the play-offs in Archbold’s division.

Week 2, the Streaks played the first of a four-year home and away series with perennial football power St. Henry on the road.

And, the coach said they may have to move their game with Bryan during Week 4 to Thursday, Sept. 8 instead of Friday if they cannot find an officiating crew for Friday night.