Archbold Rotarians Get Update On Progress Of Mural 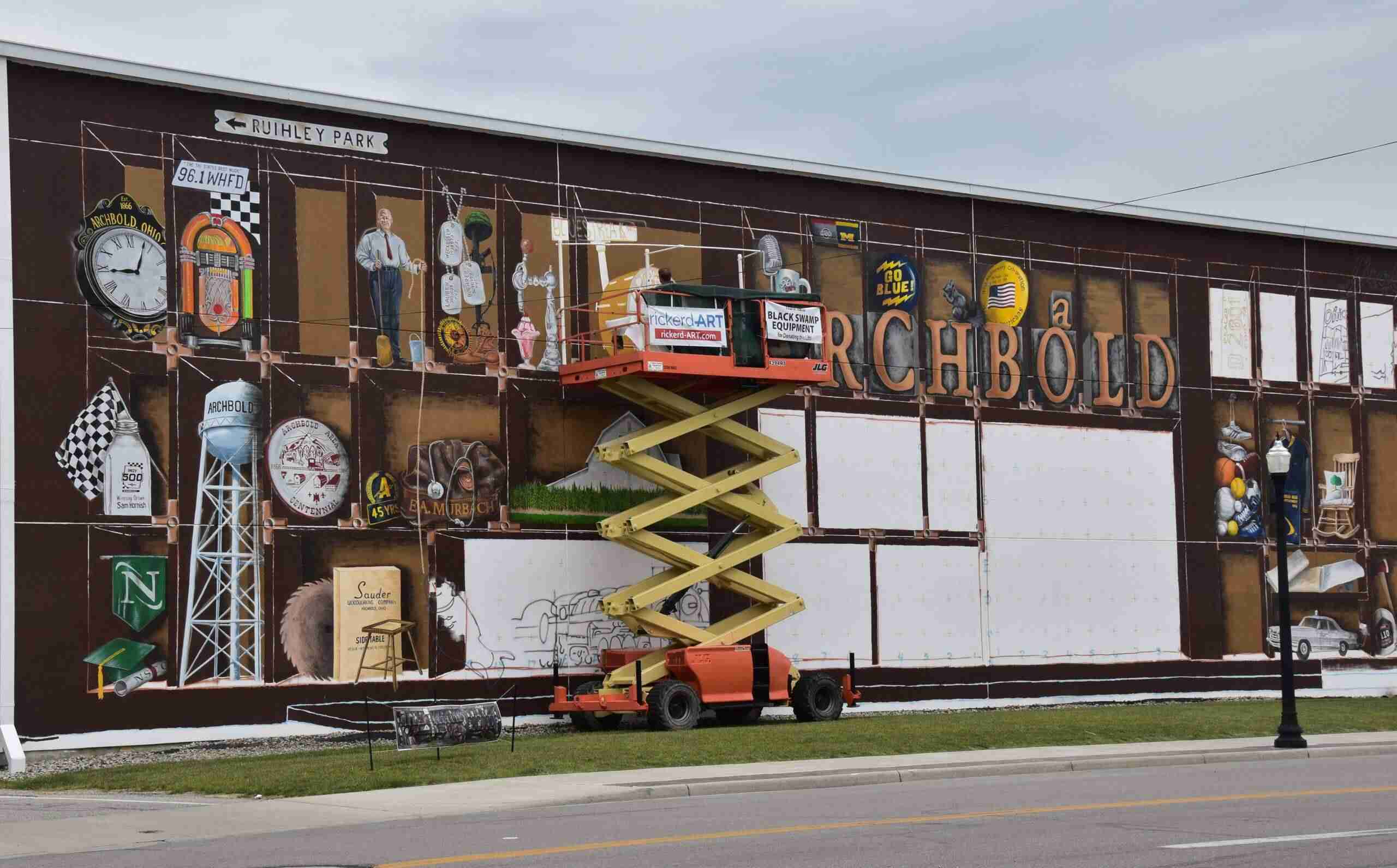 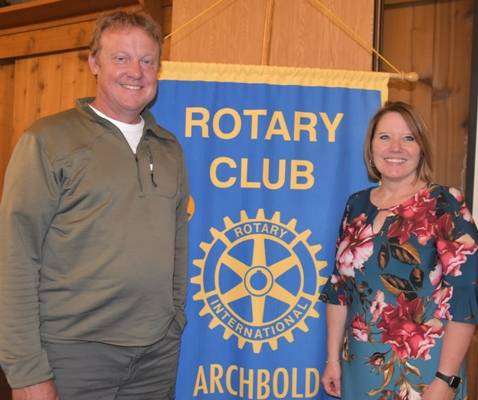 Dave Rickerd who is painting the Archbold mural on the side of the former Rupp Furniture building updated Rotarians on the mural at the June 23rd meeting.

He noted that some rainy weather in June has slowed his progress a bit, but the mural itself is coming along nicely. In all likelihood, especially if rain this weekend limits his time at the site, completion will be sometime in early July.

A Deshler native who now lives in the Cincinnati area, Dave estimates that he has painted about 70 murals in Ohio, Kentucky and Indiana — some are indoors, but lately he said he has been painting a lot of murals outdoors. Archbold’s mural is by far his largest.

As the project has unfolded, there have been 15 versions of the design that he and the committee started with. He purchases his paint from a California supplier and said that once finished, he’ll apply a sealer to the mural, which should help it last about 10 years before some of the colors may begin to fade.

He encourages people to bring a chair and watch him paint. He explained that he may not be able to come down from the scaffolding, but that he enjoys talking with people and answering their questions.

The Village has a camera streaming live shots of the project on its website. To watch the video, simply click on the “Resources” tab at the top of the page and select the mural camera. The program was arranged by Karla Ball.

Pictured is the mural as it appeared Wednesday afternoon, June 23. Dave Rickerd is on the scaffolding painting the drum.

He told Rotarians that he plans to save the center portion of the mural for last and once all of the boxes are filled, he’ll add shadowing to the work to help create a 3-D appearance.