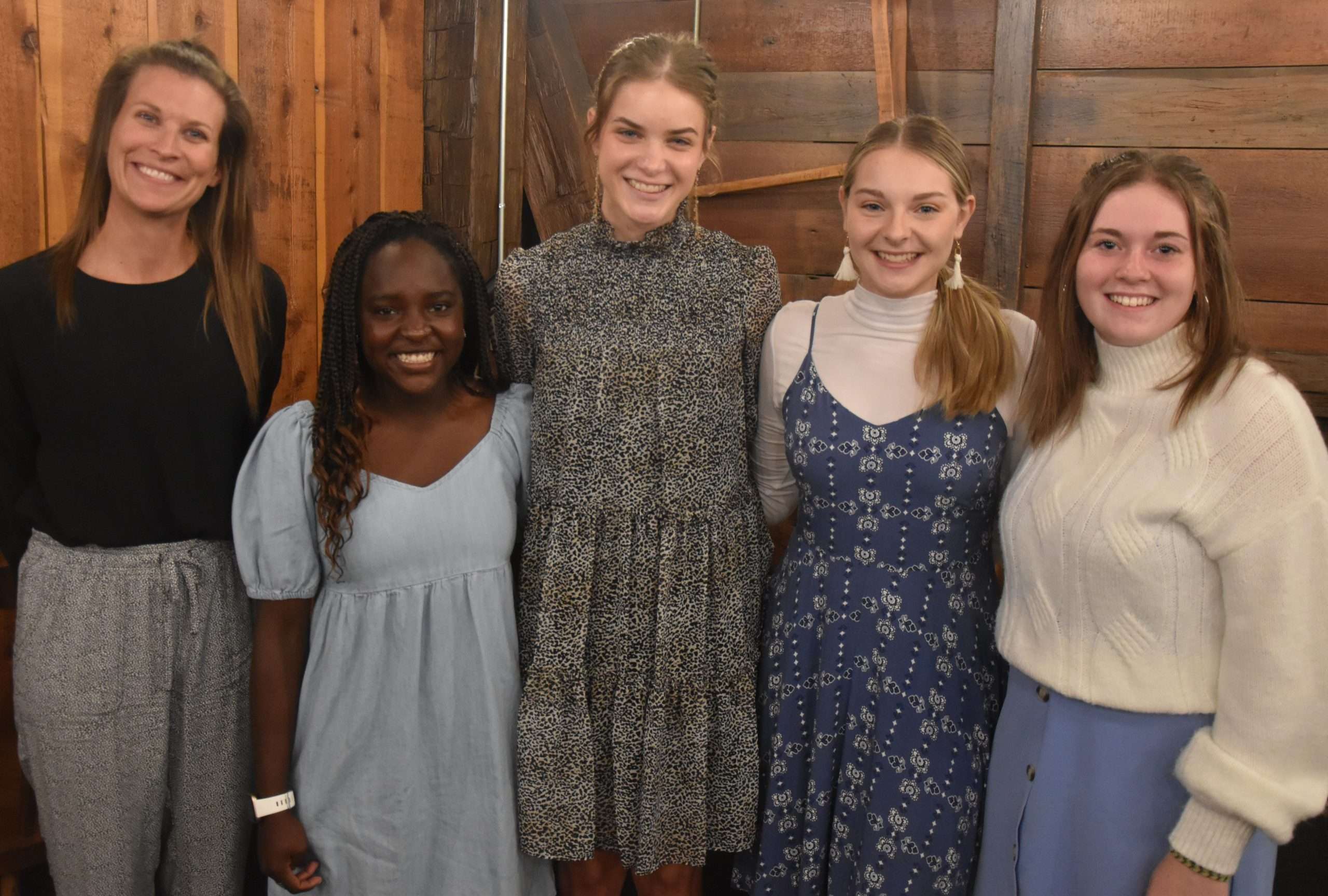 RAISING SUICIDE AWARENESS … Members of the Archbold High School FCCLA (Family, Career and Community Leaders of America) organization and their adviser told Archbold Rotarians about the school’s first ever weeklong Yellow Ribbon campaign to raise student and school community awareness and understanding of suicide. They also shared some of the other projects that they hope to become involved with during the school year. From left adviser Andrea Oyer, junior Chaina Nafziger, and seniors Alison Roehrig, Aubrey Eicher and Meg Mello. The program was arranged by Rotarian Bob Aschliman.

Suicide among young persons is a leading cause of preventable death that makes most students and even adults uncomfortable as well as unsure how to discuss with someone who may be reaching out for help.

It’s an issue that Archbold High School’s FCCLA. (Family, Career and Community Leaders of America) group decided to take on in September by coordinating the school’s week-long Yellow Ribbon campaign to raise awareness of suicide.

According to the students who presented the Rotary program, the purpose of the Yellow Ribbon campaign is three-fold:  (1) increase awareness of suicide, (2) decrease the stigma associated with suicide that may prevent a classmate or anyone from seeking help, and (3) teach students how to be a better listener, know when to tell an adult that a friend needs help, and understand the importance of encouraging the friend to seek help instead of hurting themself.

All Archbold High School students (and Rotarians) were given an informational hand-out that offered detailed and practical suggestions to follow if someone starts a conversation about their mental health.  The hand-out also lists resources and hotline numbers to call during a crisis.

Yellow Ribbon Week was going to be capped off with a bake sale prior to Friday’s Archbold vs. Liberty Center football game.

Student groups at both schools would hold bake sales with the winner being the school that raised the most money.

However, the real winner would be the Four County Suicide Prevention Coalition that would be given all of the money raised to support its suicide prevention efforts throughout the year.

Archbold Rotary president Caleb Brinegar announced that the Rotary Club had agreed to make a $250 donation toward the group’s bake sale.

About 60 Archbold students are current members of the FCCLA group; however, the group’s adviser Andrea Oyer explained that number grows throughout the year as students can join at any time.

They also made sure that children in foster care through Adriel received a card and gift from FCCLA members on their birthday, and the students held a clean-up day at Friendship House in Archbold.

This year, the group hopes to complete projects for the Ronald McDonald House in Toledo and for Habitat for Humanity in the Archbold area.

As the school year winds down, Archbold Rotary sponsors the club’s year-end breakfast where it announces the senior winners of two $500 college service scholarships.