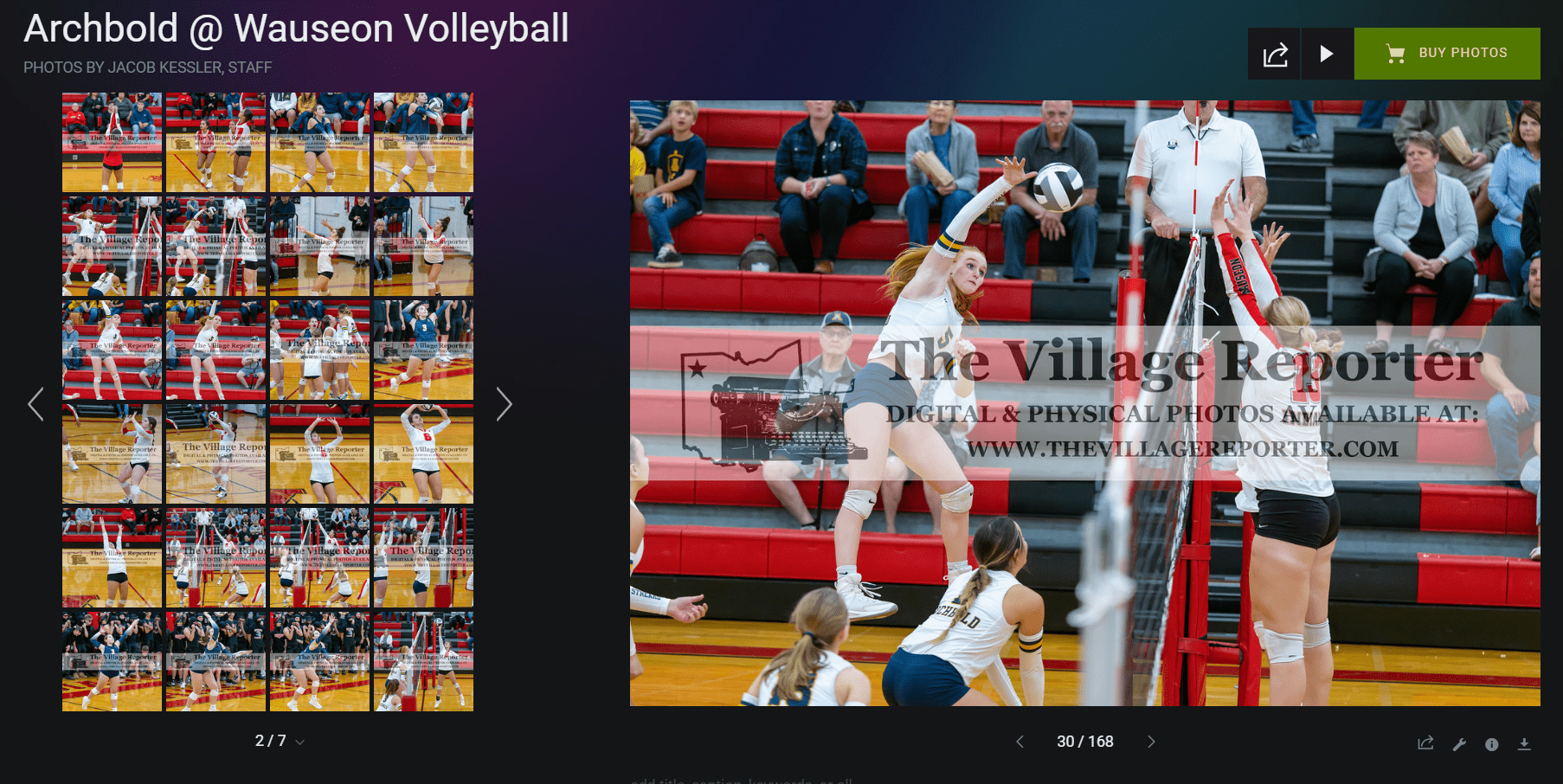 Win and clinch a share of the NWOAL title and set up a chance for an outright title with a win next week.

Archbold raced out to an 8-3 lead in the opening set and after Keely Culler served four straight points the lead ballooned to 12-4.

Archbold wasted no go time going on another scoring run, this time an 8-2 spurt, aided by multiple Wauseon errors to take a commanding 22-6 lead.

The Bluestreaks got the set winning point on an Indian hitting error to close out a 25-9 win.

A Wauseon block tied things up at 4-4 early in set number two before Archbold ripped off four consecutive points to take an 8-4 lead and force a Wauseon timeout.

A point by Culler and a kill by Brodbeck ended the set and gave Archbold a 2-0 lead.

Archbold jumped in front 3-1 to start the final set before the Indians would put together a 6-1 surge led by three kills from Hayley Meyer to grab a 7-4 lead.

After closing to within 8-7, three straight Wauseon errors would put Archbold in front to stay in the third set at 10-8.

Three more kills by Brodbeck and one by Bowman helped Archbold increase their advantage to 16-9 after the 6-1 run.

Holding a 21-14 lead, Culler served the final four points of the match for Archbold, including an ace for the final point.

Culler ended the night with four aces to go with 16 assists and Brodbeck registered 11 kills and 17 assists.

Archbold will go for an outright league championship on October 11 when they travel to Evergreen.