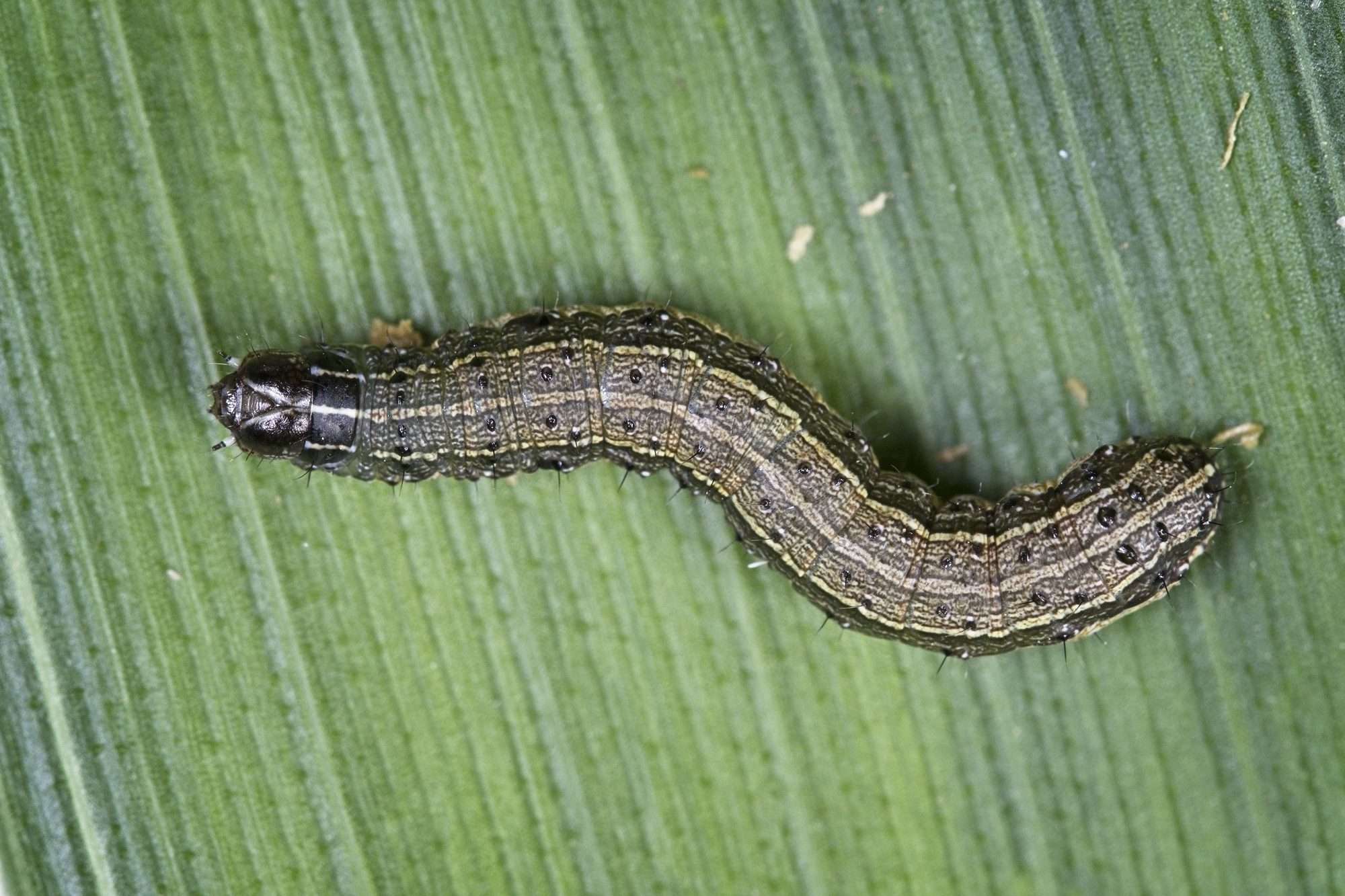 Rural yards and farms in Williams and Fulton Counties are being invaded by aliens from outer space. And the telltale sign of these aliens is finding brown patches in one’s yard.

These aliens from outer space are actually Armyworms, an invasive species from the southern U.S. In truth, these little caterpillars are, in one sense, from outer space, or close to it.

The adult Armyworms are moths. These moths have been known to come from storms. The moth rides a jetwave and lets the wind currents take them, sometimes traveling as far as 500 miles. When the moths land, they lay countless white eggs.

The eggs hatch within 2-3 days, when these little monsters are unleashed. It has been said that these little creatures can lay waste to an area in just one day.

The Armyworms’ favorite food is grass, but they will also feast on crops and other plants.

While Armyworms are native to the southern states, they are an invasive species in northwest Ohio. They rarely make their way here. A big reason why the Armyworm is not native to Ohio is because frosts will kill them.

One such report, from the Mansfield Journal, wrote that the last time the Armyworm was in northwest Ohio was in 1977.

“I don’t know if that is true, because I’ve only lived in this area for two and one half years,” said Stephanie Karhoff, agriculture and natural resources educator for Williams County. “But I do know one thing. Mark Schulz , a colleague of mine, said that in his two and one half decades of work, he has never seen (the Armyworm) this bad.”

“They are called Armyworms because they move in unison, like an army, over an area,” Karhoff added.

Armyworms are most active in the early morning and late afternoons.

What does the Armyworm look like? It is green, with stripes that are yellow, brown and sometimes red.

So, once you know that the Armyworm is on your property, how do you get rid of them? A good way to begin is with a bucket of soapy water.

“Pour a bucket over an area of one to two feet, preferably in the early evening, when the Armyworms become active and you can see if they emerge,” Karhoff said. “Spraying insecticides is the way to get rid of them. But once the Armyworms reach more than an inch in length, they are much harder to kill.”

Bobvila.com recommends using Neem oil and Diatomaceous earth. These are harmful to the Armyworm, but not harmful to their predators. .

Armyworms are most known for eating the upper parts of the grass. Because of that, the grass , though damaged, is often able to recover.

For farmers, the current biggest danger concerning the Armyworms is alfalfa.

“Often, when making hay, the Armyworms have been found in the windrows,” Karhoff said. “So, it’s important to be diligent, keep checking for them, in making sure that you’ve gotten rid of them.”